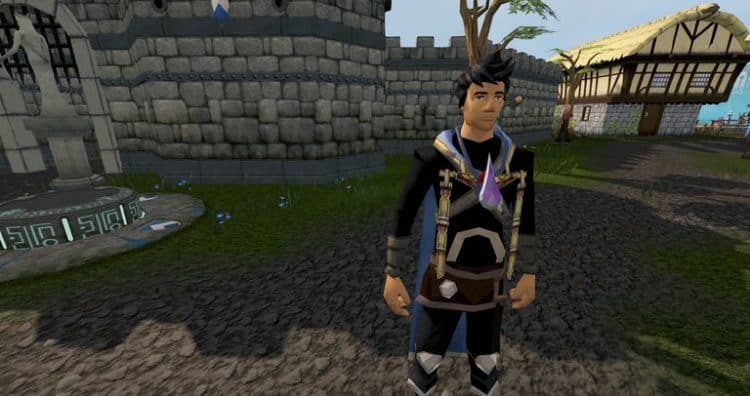 Unless you’re one of the many that have found games like Runescape inviting and entirely capable of making the real world slip away as you delve into the fantasy of the whole thing there’s a good chance that you know little to nothing of the game. Developed and released in 2001 initially the game is one of the many online role-playing games that lovers of fantasy and magic can play and engage with other players. It’s one of the many worlds that have been developed over the years to cater to the desires of those that love fantasy and quest games that are able to provide untold hours of entertainment based upon what the fans want to see. Runescape is a rather versatile game that doesn’t really ascribe to the ordered and neat way that some games have adhered to in order to tell a story.

Here are a few things you might not have known about the game.

10. Runescape was originally developed as a browser game.

What this means is that it can be played over a web browser, plain and simple. If you hear any other explanation that goes into such detail that you find yourself getting lost in the technical data then just remember this, you can play it online, simple.

9. The game has actually been listed in the Guinness Book of World Records.

With over 200 million accounts having been created it earned the distinction of being among the biggest and most-updated MMORPG games in the world. Think about that, 200 million people decided that this game was worth their time and sat down to enjoy hours of making a character and then taking them through an ever-expanding network of quests and adventures.

8. There’s no linear story in the game, you get to decide what you want to do and where.

Unlike a lot of games that have set locations, quests, and objectives to fulfill, Runescape is a hands-off kind of game that wants the player to experience what they will and go wherever they want and do what they want in order to improve their character.

7. There are quite a few skills that can be learned in the game, 10 of which are exclusive to members.

Skills are increasingly important in a game like this since a character starts out with virtually nothing to them until they start to learn skills and become more proficient in one or more that have something to do with their purpose. 17 of the known skills are free, while the other 10 are for those that are confirmed members of the system. It’s a way to get people interested in actually joining up instead just playing for free.

Acquiring skills can level a character up as well, but combat is a much quicker way to learn and to gain even more than just skills since it’s another way to earn loot as well and become an even more effective fighter. The three methods of fighting are melee, ranged, and magical.

5. There is a location in the game that is set up for player to go head to head with one another.

Sometimes a character might want to go up against something other than what they find in the game, since going against another player can be far more unpredictable and can help them to hone their skills a little better. There is a dueling area where this can take place.

4. The creators launched the game from their parents’ home originally.

Admittedly it’s kind of hard not to think of this as a stereotype but when considering how well Runescape did and the likelihood that they became quite rich afterward it’s hard to scoff or snicker at them since it’s kind of obvious that they wouldn’t be living with their parents too much longer after such a success.

3. Players have a wide variety of options when it comes to choosing what their avatar looks like.

This is part of the fun since a player can select various options that will shape their avatar and create someone that they feel represents their best image in the game. It’s a bit of fun that people have when they choose avatars that look nothing like them but somehow represent how they want to appear in the game.

2. There are well-developed rules for character conduct that are enforced within the game.

People don’t get to go crazy on one another and start abusing each other and the game. There are rules and the code of conduct is enforced since people want to have fun in a safe and engaging way but don’t want to have to deal with anyone causing trouble.

1. As of August 2018 Runescape Classic had to be shut down due to an accumulation of errors that kept occurring.

After a while it was discovered that too many glitches and bugs were becoming evident in the system and the support simply wasn’t able to help out with much of anything, so it had to be shut down.

At one point and time every game has it’s problems, but being incompatible with the needed support is almost a death knell.