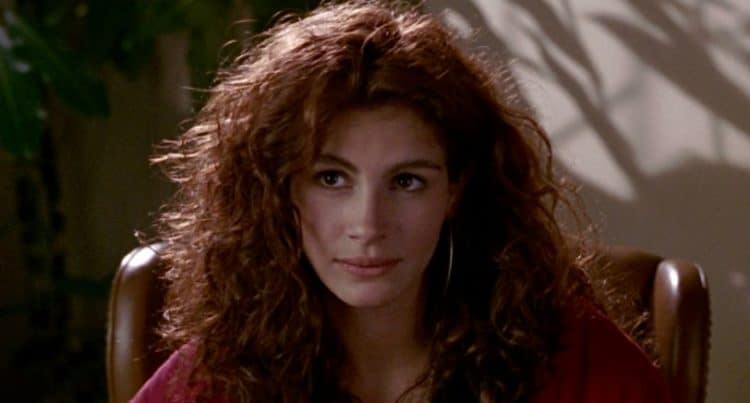 A lot of sites might decide to go into detail about a star by telling you about the awards and accolades they’ve racked up throughout the years. With a megastar like Julia Roberts that would be exceedingly simple and possibly leave you in awe or snoring by the end of the article. The really good stuff that a lot of people either take for granted or don’t figure is all that important however is what makes a person who they are and tells their story in a much better way than an inanimate object given to them based on their acting credibility could ever do. The kind of things that we tell ourselves don’t matter since they’re commonplace are the exact things that are so important since they kind of fill in the gaps on the roadmap of life that details the history and personality of such individuals.

In that light, let’s see what you might not have known about Julia.

10. If you can recall she was engaged to Keifer Sutherland for a while.

This was a while back in the 90s so a lot of people might not realize this or remember it since that’s well over a couple a decades ago. But she was engaged to him for a while and they broke it off just before the wedding.

9. At one point she was considered for the role of Poison Ivy in Batman & Robin.

Not to be unkind but it doesn’t seem like even Julia could have perked this film up any had she been given the chance as the movie was a train wreck from the opening moment. It’s probably best that she didn’t get the part as it couldn’t have done her reputation any good.

8. She lies on her back to have her makeup applied before a film shoot.

Julia says this is because it gives her a more relaxed feeling that doesn’t allow her face to tense up as much. From a feminine perspective this might make a lot of sense considering that a lot of guys, even in this day and age, don’t worry about this as much. But it does seem like it’s a plausible idea.

7. George Clooney and Brad Pitt sent her a joke card upon finding out she would be in Ocean’s Eleven.

They sent her a card with $20 in it with the gag being that they’d heard she made $20 million per film. Obviously this was a friendly gag as the cast seemed to get along fairly well on and off the set.

6. She’d never been in a sequel until Ocean’s Twelve.

Going back through her filmography you’ll note that she’s only ever been in movies that have no sequel to them as they’re wrapped up from start to finish without the possibility of having another movie follow along. In fact some people thought that Ocean’s Eleven wouldn’t go on either but we know how that went.

5. Julia had to learn to use her right hand in a dominant manner for Erin Brockovich.

Since Julia is left-handed this was kind of a challenge that she had to meet since the character was right-hand dominant. One might not think it’s that great of a hurdle to overcome, but unless a person is ambidextrous, meaning they can perform well with either hand, then there’s a lot that goes into training yourself to use your non-dominant hand in dominant role.

What this means is that she’s an exceptional horse rider and knows how to handle her mount, essentially. She did all her own scenes in Runaway Bride when she was riding as she knows very well how to handle herself on a horse.

3. One of her favorite hobbies is knitting.

This seems like something that an older woman might take up but Julia has enjoyed knitting for quite some time and to be honest while she’s starting to get up there she’s not that old. She just likes to sit and knit.

2. Her smile is insured for $30 million dollars.

A lot of people couldn’t believe this when they heard it but it’s very true. Her smile is worth more than some of the luxury mansions that you see on TV at times, and for good reason apparently since she has one of the nicest set of teeth and most glamorous smiles in show business. But to think that your pearly whites are worth a fortune is still something to shake your head about.

1. She fully admits to being kind of a geek.

Julia doesn’t seem to think of herself as a megastar as she openly admits that she’s kind of a geek and just enjoys being around people, knitting, talking, and generally doing whatever comes natural to her. In this sense she seems to be very down to earth.

See? It’s better to learn the lesser-known things about a person sometimes just so you can get a better idea of who they are.