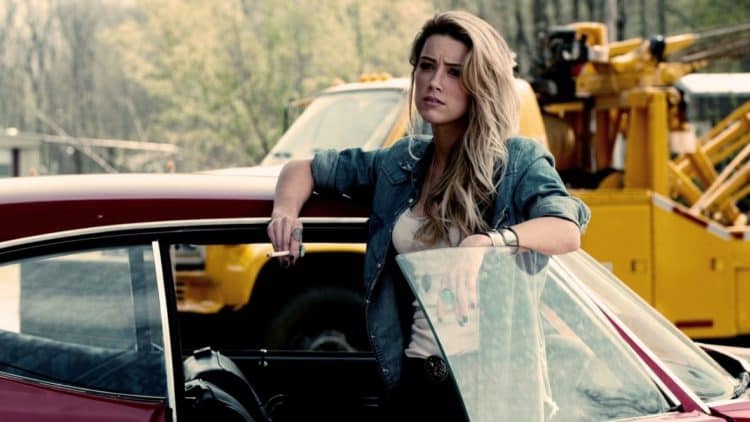 Listening to Amber Heard speak you would no doubt feel a flush of pride since she is into equality and would like to see women gain a more dominant role in the film industry so that things could equalize a bit. She’s a very outspoken woman that is highly interested in what she does and wants to give people the absolute best she without being labeled as the pretty girl all the time. There’s no doubt she’s quite lovely and does use that to her advantage but she also tries to bring more to the table than just her looks and banks on her acting ability as well. Throughout her career so far she’s been seen as quite skilled and has the kind of talent that could unfortunately flop if she’s not taken seriously or rise to grand new heights if she’s given that chance. Right now she’s still riding pretty high, so it’s just a matter of what’s going to happen next.

Here are a few things that people might not know about her.

It’s safe to assume she’s gained a bit of an education at this point since remaining in show business isn’t the kind of thing one gets to do unless there’s something clicking upstairs and a person decides to actually finish an education or supplement it with the kind of learning that’s needed to understand the industry.

This was when her friend died in a car accident and it seems to have had a profound effect upon her since. Some people either give up or choose to stop believing in God for their own reasons but much of the time it’s the belief that if there is a force or higher power up there that it’s kind of impossible to think that He or it would allow such things to happen without a good reason.

8. She’s been charged with dog smuggling.

This came about when she illegally brought her and Johnny Depp’s dogs to Australia. A lot of places take a very dim view of foreign animals crossing their border since there’s simply too much that can damage an ecosystem if an invasive species is allowed to enter into the picture. It might not have been that big of a deal but it’s not something a lot of people take lightly.

7. There was a chance that she could have been Mystique in X-Men: First Class.

She was in the running for the role and quite honestly she might have filled it just fine. But obviously Jennifer Lawrence made the cut and no one else did. However this is a role that a lot of women could have possibly taken had they been selected.

6. She gave the money from her divorce settlement to charity.

When she and ex-husband Johnny Depp finally divorced she received a $7 million dollar settlement, which she promptly gave to charity. A lot of people would claim that this is when you know a person makes too much money, that they can bestow such a sum upon a charity and not bat an eyelid.

The role of a pretty girl in a film is to gain the attention of the audience, but these days there really needs to be more than just looks to draw them in since women that can think and act for themselves are often far more attractive than someone who’s just a pretty face. It’s an era in which women are much more capable when they can do more and openly compete with or outdo men.

4. She’s been sued over breach of contract in a film.

It’s not always a wise decision to go back on your word when you agree to do something in a contract and then have second thoughts. There was an issue with her new film London Fields in which nude scenes in the film and promotion of the film that Amber apparently didn’t want to do. It’s easy to sympathize but a contract is binding and there’s a reason you read those things before signing.

3. Amber went to New York to be a model.

She would later on make her way to Los Angeles to be an actress but she’s managed to excel at just about anything she’s done and has a very positive attitude when getting in front of the camera.

2. She doesn’t like to be categorized when it comes to her sexual preference.

1. Her interest lies in stories that are well-developed, not just commercial box office successes.

When commercial success is all that a lot of people care about it’s tough to really find a worth story that’s decent and can possibly be developed into a hit without being cast into the same mold as so many other movies. But she’s determined to find stories, not two-hour long episodes.

Her career has been on a high note for a while, hopefully she can keep it there.