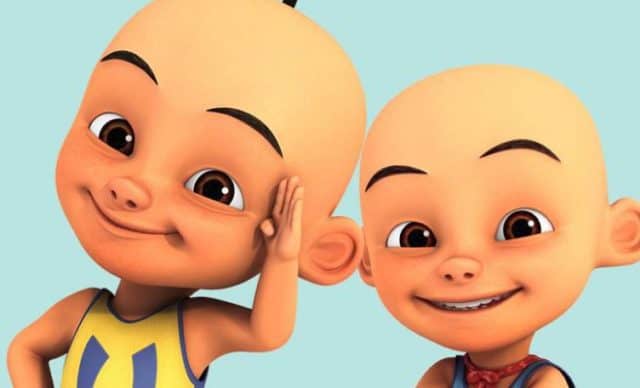 Upin and Ipin seem almost like Lil and Phil from Rugrats, save for the fact that they are both male and are Malay twins who lost their parents when they were still infants. The boys live with their elder sister and grandmother in a village house in Kampung Durian Runtuh. The series started back in 2007 and has been going strong since, detailing the lives of the boys and their friends as they go through their normal days and learning how to get along in the world as best they can. As a series it seems like it might be very educational and even a bit inspirational. It’s kind of interesting to learn a little bit about pop culture from other countries.

Here are a few things you probably don’t know about the series.

Just because other countries are so far ahead doesn’t mean the standard is followed everywhere. This was a big accomplishment in Malaysia.

It does stand as a long, collected list of stories about the same people but very much like other cartoons the tales are shorter and the adventures are separate.

So a kampung is about the size of a small US town it would seem like. Or perhaps one quarter of a city’s population, a small city.

7. The Kampung that the twins live in is fictional.

Creating fictional locations is usually best in some cases just so you don’t end up offending someone if something is done wrong or misplaced.

6. This series was originally a side project.

It was supposed to be a side project for Geng: The Adventure Begins, but it became popular after being viewed on its own an animators ran with it.

5. It originated as a six-episode special.

It was released during Ramadan in an effort to teach children about the significance of the Islamic holy month.

4. It features on the Disney Channel Asia.

Programming worldwide has to make allowances for how content is viewed and whether or not cultural norms would be better served by adhering to programs that are created by those people that live within the many different regions.

3. They call their grandmother Opah.

I’m going to go ahead and say that this is something the boys simply call their grandmother out of habit and familiarity because looking up the literal translation doesn’t make a whole lot of sense and is somewhat disturbing if you put it into this context. It might make more sense within the culture but literally it’s kind of odd.

2. It features a transgender-apparent librarian.

I kind of wonder if this culture accepts this more readily than the US, since the issue of transgender, gay, and other sexually-oriented individuals in pop culture are still seen as something of an issue in certain circles.

1. The show has won several awards and sponsors since it’s beginning.

In its ten-year run so far it’s gotten a healthy amount of attention and managed to gain support as it continues to air.

I’ll admit I didn’t know what to think at first upon looking at this, but it would seem like an interesting kids cartoon.