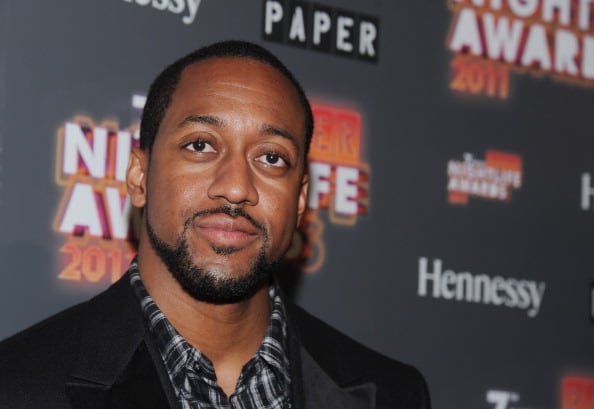 Family Matters was a popular sitcom of the 90’s and was a key part of ABC’s TGIF lineup. The series ran for nine seasons and featured 215 family friendly episodes. Jaleel White, who played clumsy nerd Steve Urkel, stole the show and became the main character while the Winslow crew became secondary characters. It has been over 16 years since the comedy left the air. We at TV Overmind decided to take a trip down memory lane and share 10 facts you may not know about one of your favorite comedies.

1. Family Matters was a spin-off

Family Matters was a spin-off of Perfect Strangers, which was also a popular sitcom that spent a majority of its run on the TGIF lineup. JoMarie Payton, who played matriarch Harriet Winslow on Family Matters, was featured on the series during the third and fourth season. Harriet was the elevator operator at the Chicago Chronicle where Larry and Balki worked. Harriet would eventually lose that job during the run of Family Matters. She would continued to be employed at the newspaper, but in a different role. Perfect Strangers ran for 8 seasons and had 151 episodes.

2. Family Matters is one of the longest running sitcoms with an African American cast

Family Matters ran for a total of nine seasons. It is the second longest running sitcom to feature a predominately African American cast. The longest running series is The Jeffersons which remained on the air for a total of 11 seasons. For total number of episodes, Family Matters ranks third with a total of 215. Tyler Perry’s House of Payne had a total of 254 episodes, besting The Jeffersons by only one episode. The Cosby Show comes in fourth place with 208 episodes.

When someone thinks of Harriet Winslow on Family Matters, a vision of JoMarie Payton most likely comes to mind. However, she is not the only actress that took on the role. Payton played the role of the sitcom for the first eight seasons and left halfway through season nine. Payton wanted to vacate the role much earlier. She was unable to do so because she was under contract. Judyann Elder would take on the role and would appear in the final nine episodes of the show. Payton would appear in the final episode, but as a different character.

4. Jaleel White was almost a Huxtable

Jaleel White spent nine seasons making us laugh as Steve Urkel. However, he may not have ever had the chance of starring on the show. White had auditioned for the role of Rudy Huxtable on The Cosby Show. The part was originally intended to be a boy. When White was at the final casting call, he saw Keshia Knight Pulliam come in for her audition. She was awarded the role and they changed the character to a girl, but the name Rudy stuck.

Even though Family Matters was a popular show for ABC on Friday Nights, the network decided to cancel the show at the end of the eighth season. The show was still rated as the 50th most watched show of the 1996-1997 television season, but the numbers had dropped significantly. During its heyday, the show was ranked at #15. CBS acquired the rights to Family Matters and Step by Step and wanted to include both series as part of their CBS Friday Night Block Party. The shows would not survive past one season on the network.

You remember that Jaleel White played Steve Urkel and also the ultra cool Stefan Urquelle. However, White would play 8 different characters during the nine season run of Family Matters. Remember when cousin Myrtle Urkel came for a visit and fell in love with Eddie (Darius McCrary)? Well, that was White playing the female cousin to Steve. White would also play Steve’s other cousin Cornelius Eugene, Urkel-Bot (voice only), Albert Einstein, Elvis Presley, and Brice Lee.

7. Steve Urkel was intended to be in 1 episode

When Family Matters first premiered, it was about the Winslow family. Steve Urkel did not even appear until the twelfth episode of season one entitled, “Laura’s First Date.” Laura unwilling agrees to go on a date with Steve. The result was a huge embarrassment for Laura as Steve ended up destroying the entire restaurant where they went to eat. Audiences loved the character and he was brought back for the next episode. The rest is history.

Steve Urkel was so popular that ABC decided to have him cross over on some of there other hit shows. Steve Urkel appeared in a 1991 episode of Full House. Steve was the cousin of one of D.J.’s friends and he tries following the two around the house. He ends up helping Stephanie cope with getting glasses. Steve Urkel would also pop up in a 1991 episode of Step by Step. He escorts Al to a school dance. White would appear again in a 1997 episode playing a different character. Steve Urkel would be featured in two episodes of the short-lived sitcom Meego. But even his appearance could not help this awful show.

9. Many characters disappeared without explanation

There were many cast changes on Family Matters during its nine seasons on the air. Jamiee Foxworth would play youngest daughter Judy Winslow for the first four seasons of the series. Her last appearance would be the 19th episode of season four. Her exit was not explained. Telma Hopkins played Rachel, Harriet’s sister. She stayed with the show through season four but would make random appearances through season 9. Hopkins left the series initially to star in the short-lived series Getting By. Bryton McClure played Rachel’s son Richie beginning in season 2. He would stay with the show through season 7, but would only sometimes appear in the final two seasons.

10. The Winslow home is an actual house

The home that was used for exterior shots on Family Matters is an actual real home located in Chicago, Illinois where the sitcom is based. The address is 1516 West Wrightwood Avenue. As of 2010, the home was still around and a building has been constructed to the left since the show had ended production.