Home
Movies
10 Movies That Will Instantly Cheer You Up 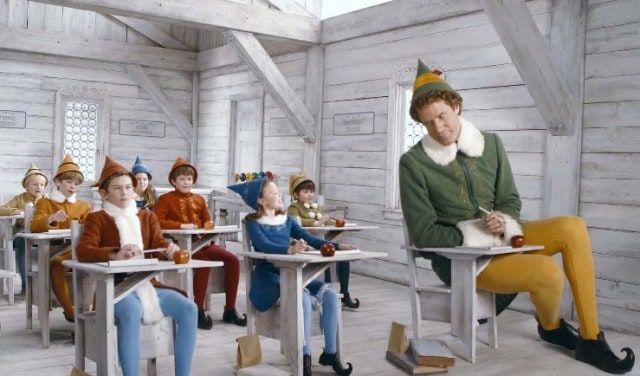 Alright, this post is going to be a bit, uh, less than manly shall we say, but I tried to find a bunch of movies that warm the heart and can turn a bad mood around. Yes, that sometimes involves romance and singing. Sometimes it involves fighter jets. It’s a mixed bag. As always, I know I missed a bunch. What are the movies that can immediately put you in a better mood after watching them? It takes a certain quality that each movie possesses to turn that frown upside down.  By no means is this list definitive but I think it does a solid job of covering all bases of movies that can cheer up most any person.

I defy anyone to watch Once and not have a smile on your face at the end. It takes a few minutes to get used to, but once you start to appreciate Glen Hansard’s unique voice, you’ll get into the film rather quickly. I guess you could call it a musical, but don’t let that turn you off. It’s probably my favorite go-to heartwarming flick. Even better? During filming the pair actually fell in love and are now dating. How awesome is that? 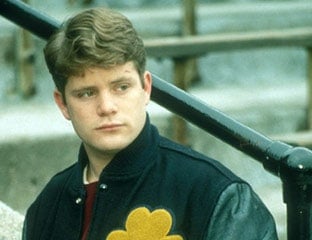 Even if you can’t stand most sports, you have to appreciate Rudy. It’s not about football per se, it’s about hard work, determination and overcoming enormous odds. In the movie, Rudy is probably the most likable lead character in any movie you’ve ever seen, and his determination to play Notre Dame football despite his hobbit-like stature is inspiring. Even better? The entire thing is a true story, and real life Rudy really did make that big tackle. 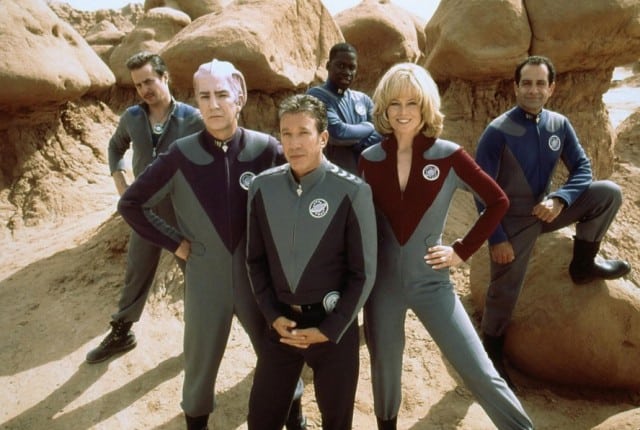 To me, Galaxy Quest is the perfect sci-fi movie. It’s a parody of an existing series, Star Trek, so nerds will like it for that, but it’s also just a flat out well-written, well-acted comedy, which makes it accessible to general audiences. You wouldn’t think Tim Allen would be a good lead in a film, but shockingly enough, he’s awesome in this movie, and he’s aided by a great supporting cast as well including Alan Rickman, Sigourney Weaver and Tony Shaloub. 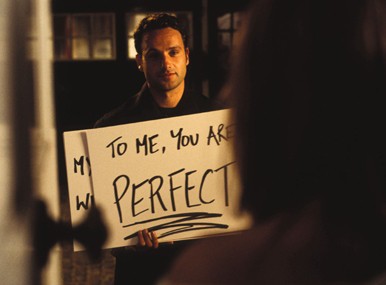 Love, Actually can go two ways. Either you’ll leave it feeling full of idealistic hopes and dreams about love, and become full of Christmas spirit to boot (no matter what the time of year) or you’ll be horribly depressed as you realize you’ll never be as happy as anyone in this movie. I usually go with the former, so Love, Actually is one of my favorite pick-me-up movies. It’s clever, well-written and cute.

Yes, it’s a musical, but a totally awesome one. There are a lot of great songs in the movie that make you not be able to help tapping your toe, but my favorite is “Hand Jive” during the high school’s dance for the TV show. It’s one of my favorite scenes from any movie, ever, and that’s saying a lot. The end number with leather-clad Olivia Newton John is amazing as well, for many reasons. 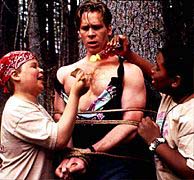 I’m guessing a lot of you out there haven’t seen Heavyweights, and if you haven’t you’re in for a treat. It’s a Disney movie about a fat camp, and if that wasn’t already good enough, it stars Ben Stiller as psychotic fitness guru Tony Perkis who rules the camp with an iron fist. It sounds like a straight to video crap movie, but I promise, it’s incredibly hilarious and you’ll be quoting it all week.

That makes two Christmas movies on the list. Don’t worry, It’s a Wonderful Life isn’t waiting for you at the end. It’s impossible to watch Will Ferrell in green tights and a pointy hat and not laugh. It’s a classic in a genre you would think wouldn’t have room for any more classics, but it works on every level, and will cheer you up now matter how foul a mood you’re in. 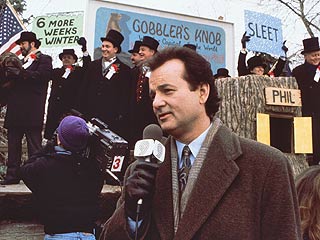 Bill Murray starts this movie in a bad mood, just like you, but as he’s forced to live the same day over and over again, he gradually realizes why, and uses his immortality to make himself a better person. I didn’t think this would make the list, but I just watched it again, and it really does straighten your mood right out. It’s a comedy with heart, as so many try to be, but this one actually works. 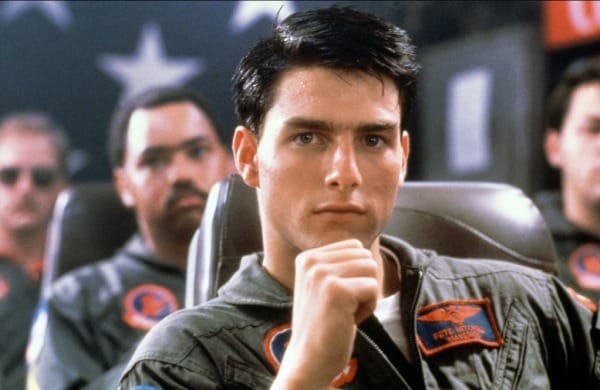 Some people are predisposed to hate this movie for whatever reason, but if you’re part of the other 99.8% of the population, Top Gun will put you in a better mood. It’s the perfect mix of ’80s cheese and well, more ’80s cheese. It’s Tom Cruise in his glory days and the entire movie is like one big awesome movie quote. 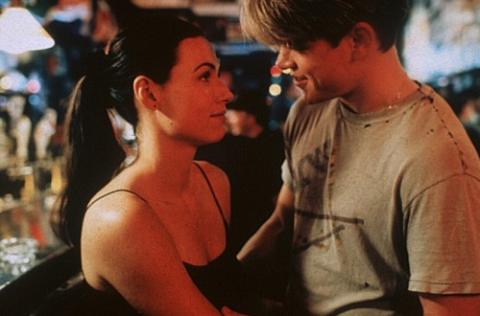 It’s funny, smart and a great story about a genius janitor who becomes the Michael Jordan of math. Sure it would be better if it were based on a true story, but it’s good nonetheless. And it’s most famous quote will change your opinion of a household fruit forever.

Most Disney and Pixar Movies

The Fast and the Furious: Tokyo Drift (that’s just me I’m sure)