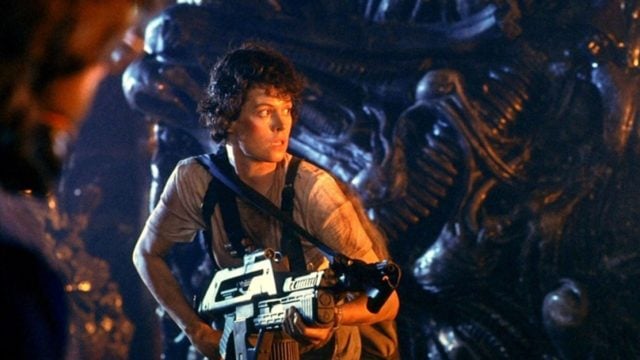 Most people have a favorite genre of film. While some people love a historical drama, other prefer to watch romantic comedies. However, some of the best films are a combination of genres. The perfect example is alien horror films. They take the best aspects of a science fiction film and combine them with the fear and suspense of a horror movie. There have been many amazing alien horror films released over the years, and here are ten of the best.

‘Predators’ is the third film in the ‘Predator’ franchise as it follows ‘Predator’ and ‘Predator 2′. This 2010 film was directed by Nimrod Antal and co-written by Alex Litvak and Michael Finch. It starred Adrien Brody, Topher Grace, Walton Goggins, Alice Braga, and Laurence Fishburne. It is about a group of people who are abducted and taken to another planet as game reserves for warring tribes who kill extra-terrestrials. They are looking for a way to return to Earth. ‘Predators’ grossed $127.2 million against a $40 million budget.

9. War of the Worlds

Based on the H.G. Wells novel of the same name, ‘War of the Worlds’ is a 2005 science fiction horror film. It was directed by Steven Spielberg and had a screenplay written by Josh Friedman and David Koepp. It was the fourth most successful movie of 2005 as it grossed $591 million at the worldwide box office. The movie starred Tom Cruise, Dakota Fanning, Justin Chatwin, Miranda Otto, and Tim Robbins.

This is a 1989 movie that was written and directed by James Cameron. It won the Academy Award for Best Visual Effects. The movie starred Ed Harris, Mary Elizabeth Mastrantonio, and Michal Biehn. It is about a U.S. recovery team setting out to rescue a submarine form the Caribbean and discovering something unexpected underwater. The film grossed $90 million at the worldwide box office.

‘Prometheus’ is a 2012 film that is set in the late 21st century. It is about aa spaceship crew that are seeking the origins of humanity and they discover something that poses a threat to the human race. The movie was directed by Ridley Scott and written by John Spaihts and Damon Lindelof. It starred Noomi Rapace, Michael Fassbender, Guy Pearce, Idris Elba, Charlize Theron, and Logan Marshall-Green. From an estimated budget of $130 million, this movie grossed $403.4 million.

This 2016 science-fiction drama was written by Eric Heisserer and directed by Denis Villeneuve. It is based on a short story by Ted Chaing called ‘Story of Your Life’. It is about a linguist who is hired by the U.S. Army to communicate with aliens. The film strs Amy Adams, Jeremy Renner, and Forest Whitaker. ‘Arrival’ was nominated for multiple awards.

‘District 9′ is a 2009 science fiction horror movie that was directed by Neil Blomkamp who also co-wrote the film with Terri Tatchell. It was nominated for multiple awards and grossed $210.8 million. This movie starred Sharlto Copley, Jason Cope, David James, William Allen Young, and Vanessa Haywood. It is set in an alternate 1982 and is partially presented as found footage. The movie covers many controversial themes, such as social segregation, xenophobia, and humanity.

‘Predator’ is the first movie in the ‘Predator’ film franchise. It was written by brothers Jim and John Thomas and directed by John McTiernan. It was originally written in 1985 under the working title ‘Hunter’ before being released as ‘Predator’ in 1987. It is about a special forces team who are trying to save hostages but are being stalked by extra-terrestrials. From a budget of approximately $18 million, this film grossed $98.3 million.

‘Aliens’ is the second instalment of the ‘Alien’ franchise and it was released in 1986. It was written and directed by James Cameron and starred Sigourney Weaver in the role of Ellen Ripley. She is returning to the moon to track down the hostile creature that her crew encountered in the original 1979 ‘Alien’ movie. Also starring in this movie were Michael Biehn, Paul Reiser, Lance Henriksen, and Carrie Henn. The movie grossed $183 million against a budget of $18 million.

This 1982 film was written by Bill Lancaster and directed by John Carpenter. It is based on the novella ‘Who Goes There?’ by John W. Campbell. The film starred Kurt Russel who is supported by David Clennon, A. Wilford Brimley, Keith David, T.K. Carter, Charles Hallahan, and Richard Dysart. Although the film was only a moderate commercial success, it spawned a franchise as a wide range of related merchandise was produced. It has also become a cult movie.

‘Alien’ is widely regarded as the best alien horror movie of all-time. Released in 1979, this movie was written by Dan O’Bannon and directed by Ridley Scott. The storyline revolves around the crew of a spaceship being stalked by an extra-terrestrial. It stared Sigourney Weaver, Tom Skerrit, Veronica Cartwright, and Harry Dean Stanton. ‘Alien’ won multiple awards and grossed $203.6 million at the worldwide box office.