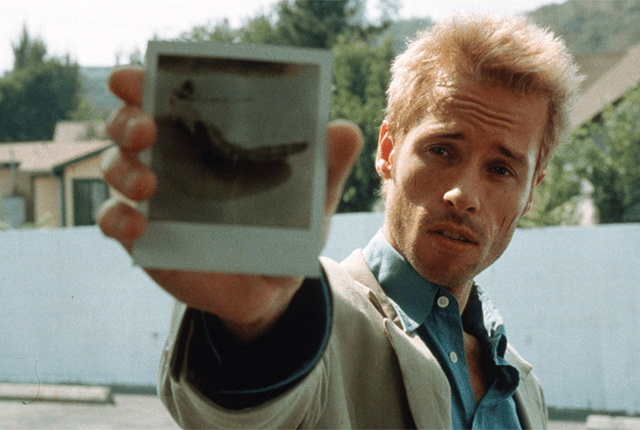 Does anyone else get sick of generic Hollywood endings? You know, where the good guy, against all odds, defeats the bad guy and gets the pretty girl? Real life doesn’t usually work like that, so I’ve always enjoyed movies where the bad guy wins in the end. I’m also quite the misanthrope, so your taste may differ. Keep in mind, though, that “protagonist” doesn’t always equate to “good guy,” and likewise for “antagonist” and “bad guy.” Let’s take a look ten movies where it’s the bad guy who comes out on top when it’s all said and done (major spoilers).

The bad guy: The infamous Keyser Soze is one of the baddest men on the planet, and the mere mention of his name strikes fear into the hearts of men, especially those in the criminal world.

How he wins: By pretending to be a dim, crippled man named Verbal Kint, Soze is able to simply walk out of the police station despite the fact that he’s murdered many people, including children. As Verbal tells Special Agent Kujan, “The greatest trick the Devil ever pulled was convincing the world he doesn’t exist.”

One Flew Over the Cuckoo’s Nest

The bad guy: Well, it’s a bad girl in this case – Nurse Ratched, who runs a mental institution and rules over her patients with an iron fist. Even though the patients clearly have mental problems, Nurse Ratched treats them all like crap, never once showing an ounce of sympathy.

How she wins: McMurphy made significant progress in galvanizing the patients to stand up to Nurse Ratched, but it just wasn’t enough. Sure, Chief Bromdem escapes, but not before McMurphy is labotomized and Ratched presumably regains control over the institution.

The bad guy: Leonard Shelby, the film’s likable protagonist who suffers from a condition that renders him unable to form new memories. So why’s he bad? He uses his condition to his advantage, creating a “game” for himself in which he can feel the satisfaction of destroying the man he believes is responsible for his wife’s murder.

How he wins: He “frames” his friend Teddy, knowing full well that Teddy was not responsible for his wife’s death. Leonard knows he will soon forget that he framed Teddy, and the demented cycle of murderous revenge takes its toll on an innocent man.

The bad guy: Notorious serial killer Hannibal Lecter, hiding out ten years after the events in Silence of the Lambs.

How he wins: After cooking parts of Paul Krendler’s brain and feeding it to him, Hannibal is momentarily captured by Agent Starling, forced to chop off his own hand in order to escape before reinforcements arrive. Yeah, he lost a hand, but when you cook a a dude’s brain, feed it to him, get away from the feds and then feed more brain to a little kid on an airplane, you SO win.

The bad guy: While Rosemary’s neighbor Roman Castevet (a.k.a. Steven Marcato) is a manipulative Satan worshipper, the real bad guy is Satan himself.

How he wins: Rosemary gives birth to her child and is coaxed out of killing it, meaning that the spawn of Satan has entered our world.

The bad guys: In this case, it’s the suburban couple Oliver and Cheryl Lang. Their neighbor, Michael Faraday, believes that the Langs are maniacal terrorists.

How they win: Well, the Langs are terrorists, and after planting a bomb in the trunk of Faraday’s care that kills almost 200 people, they get away, having framed Faraday for the explosion.

The bad guy: Serial killer “John Doe,” a man who claims to be murdering people to carry out the will of a higher power.

How he wins: After murdering people in such ways as to symbolize the sins of gluttony, pride, lust, greed, and sloth, Doe brilliantly sets up Detective David Mills to complete his project. Guilty of envy, Doe decapitates Mills’ wife and has a package containing her head delivered to a remote location where only Doe, Mills, and Detective Somerset are found. Mills learns what Doe has done and realizes that if he kills Doe, he will have carried out the sin of wrath, completing Doe’s endeavor. Mills shoots Doe, which is exactly what Doe wanted. I get the chills just thinking about it.

The bad guy: Aaron Stampler, a stuttering, shy boy accused of murdering an archbishop. Aaron apparently suffers from multiple personality disorder and, when agitated, transforms to the violent, aggressive Roy.

How he wins: Aaron transforms into Roy in the courtroom, leading the judge to dismiss the jury and order Aaron into a mental hospital, from where he will be released shortly. Aaron’s attorney, Martin Vail, is smart enough to realize that Aaron had been faking his disorder the entire time and used it as a ploy to appear insane. Vail remarks, “So there never was a Roy,” to which Aaron replies, “There never was an Aaron, counselor,” revealing the fact that Aaron/Roy is always violent and aggressive.

The bad guy: Jigsaw, a deranged killer who puts people in situations where they must make life-or-death decisions. Only the “life” part of those decisions usually results in the loss of a body part or some type of disfigurement.

How he wins: Pretending to be a corpse, Jigsaw (who is actually a terminally ill brain cancer patient) uses Zep as a pawn and only reveals himself after his plan had been carried out. I included Saw in this article because it’s a pretty blatant example of a bad guy winning, but the ending to this movie left me feeling kind of meh. It doesn’t suck, but it also doesn’t compare very favorably to movies like Se7en and The Usual Suspects and…

The Empire Strikes Back

The bad guys: Emperor Palpatine, Darth Vader, and the rest of the Galactic Empire.

How they win: Yeah, I know that in the end of the trilogy the good guys come out on top, but at the end of The Empire Strikes Back, Luke gets his hand cut off by Vader, and Han Solo – frozen in carbonite – is being transported to Jabba the Hutt by bounty hunter Boba Fett. The Empire simply owns the Rebel Alliance throughout this one, clearly pissed off after their Death Star was destroyed.

Any other movies where the bad guys win? Hit me up and let me know.