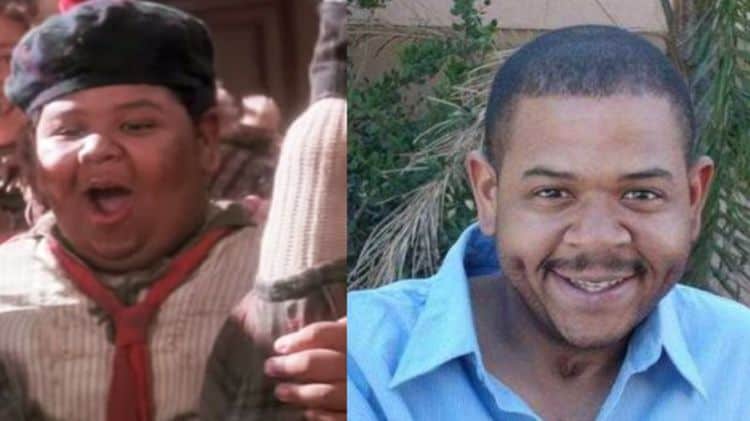 When Raushan Hammond was cast as Thud Butt in the 1991 movie Hook, he probably had no idea that people would still be talking about it 30 years later. However, the film has left a lasting impression on people all over the world, and Hammond’s role in the movie remains very memorable. With the success of the movie, many people expected Raushan to have a long-lasting career in the entertainment industry. However, that isn’t what ended up happening. He faded from the spotlight almost instantly and many people have spent years wondering what became of the former child star. Keep reading to find out whatever happened to Raushan Hammond.

Los Angeles is arguably the best place in the world for people who want to get into the entertainment industry. Every year, countless people flock to the area in hopes of getting their big break. Fortunately for Raushan, he never had to make that move because he was born and raised in the area. Unfortunately, we weren’t able to find any information on how Raushan got into acting or how he ended up landing the role in Hook. However, we do know that Hook was his first on-screen role and he was only nine years old when the movie was filmed. Despite his age and his lack of experience, Raushan still held his own, even with the legendary Robin Williams. While working together, Raushan and Williams developed a close bond. According to Cinema Blend, Raushan said,

Even after filming, the two kept in touch and Raushan revealed that Williams sent him birthday cards over the years. When Raushan was thinking about getting into directing, he planned to make a Hook sequel called Thud Butt vs. Rufio. He hoped to have Williams make an appearance. When Williams passed away in 2014, Raushan spoke very fondly of his late friend. Since Hook, Raushan made four small TV appearances before essentially disappearing from the entertainment industry altogether. He returned in 2011 with a role in a movie called 24 Hours in Las Vegas which he also wrote, directed, and produced.

What Is Raushan Up To Now?

Rashaun has not had any acting, writing, directing, or production credits since 2011. He is also a very private person so there isn’t much information on what he has been up to lately. Although Raushan doesn’t have a large social media following, he does have accounts on Twitter and Facebook. Facebook is where he seems to be the most active. Based on his posts, it appears that he is living a ‘normal’ life away from the spotlight. He enjoys cooking and he has also been working on a TV version of 24 Hours in Las Vegas.  Over the last year or so, he has uploaded more than a dozen episodes of the show on YouTube. However, it doesn’t appear to have built a large following. It is also unclear if the show is completed or if he plans to create more episodes. That said, there is a good chance that production may have slowed down due to issues with the pandemic.

What’s Next For Raushan?

At the moment, it doesn’t appear that Raushan has any projects in the pipeline. It also doesn’t appear that he is still working on Thud Butt vs. Rufio. That said, he hasn’t indicated that has retired from the entertainment industry so there is a chance we will see him on our screens again in the future. Either way, his time as Thud Butt will continue to live on for years to come and he will always be able to say he was part of a very special film. Unlike some former child stars, Raushan hasn’t distanced himself from the movie, so we will likely see him associated with any future anniversaries and events related to Hook.

Whatever Happened to Raushan Hammond?