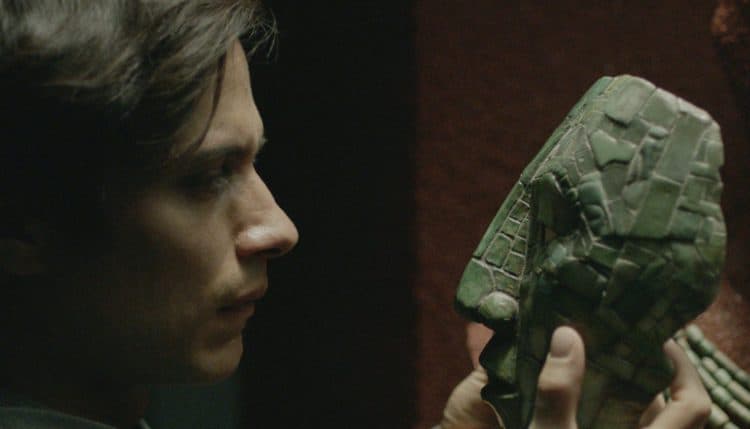 Heist movies are a dime a dozen to be certain since there are so many of them. But there are those that appear to get a lot more attention than others, and there are some that are so ingenious that they might come off as a little intimidating or too smart for their own good at first. This kind of leaves audiences with a ‘meh’ feeling a lot of times since if they can’t understand what’s going on entirely in the first few minutes they might grow disinterested and just get up to leave. But with a lot of heist movies, there’s usually a spin that’s waiting to be revealed and a trick that’s waiting to be revealed near the end, as this is the ‘aha’ moment that people were waiting for and can explain just about everything about the movie that a person might have been wanting to know. Whether it takes care of everything that a person wanted or not, a lot of heist movies are smart enough to move from front to back without getting too hung up on the details, but some people actually enjoy the more convoluted tales for one reason or another.

Here are a few of the more underappreciated heist movies.

Magic and illusion, when used for the purpose of a heist, almost don’t feel like fair tools to use since they rely so much on misdirection and the type of deception that people are bound to take offense at when it’s finally revealed. But the Horsemen were so good at it that one couldn’t help but side with them since the flair and expertise they brought to the act was so great that it was amazing each and every time they did it. Plus, the fact that this was such a long-con was great considering that when pulled off it revealed a lot more about the individuals than anyone had known to begin with.

It’s a shame when a thief can’t even trust their own blood relative to not betray them, but Nicky did just that, and that’s why Crunch was sent to prison, but it’s also why he decided to doublecross his brother in the next deal he agreed to. The trick of any heist is to make certain that one knows who’s fooling who, and when it was made apparent that Nicky hadn’t been paying as close attention as he should have, it was discovered that his machinations had been his undoing and that his brother Crunch was truly the best thief between them since he knew how to play the game at every step.

It’s a bit easy to see why people weren’t really into this movie since it did move pretty slow and it was kind of dull in a lot of areas. But the characters and the situation were amusing enough that it was worth watching all the way through if a person could get through the cringe areas and keep going. The cast was well-selected since they played off of each other beautifully, but again, it was kind of hard to watch in areas since it was a bit long-winded and didn’t always get to the point as quickly as many people might have liked. But hey, with Tom Hanks, it’s kind of hard to go wrong, especially when he has other actors around him that know what they’re doing.

This movie might have made people feel that the cops and detectives in the big city weren’t quite as astute as they should have been, but the cleverness of it was hard to miss since dressing everyone up in the same clothing, keeping them moving to keep them disoriented and seeding their own people among the hostages kept the robbers from being identified as readily. Plus, the fact that their lead man managed to exist in a space behind the wall until it was time for him to leave, meaning after the cops were all done with their investigation, for the most part, was simply genius on a level that a lot of heist movies haven’t thought of that often.

Some might want to argue that this was more of an espionage movie and they’re not entirely wrong since it did bring together some of the more skilled individuals from across several different agencies, some of them disavowed and some simply there for their own purposes. But it was still a heist movie since whatever was in the case, which we didn’t get to learn, was important enough that it had to be taken from those that were serious when it came to keeping hold of it. It was one of De Niro’s better movies, despite also being one of his most underrated.

A heist movie doesn’t have to be needlessly complicated to be good.