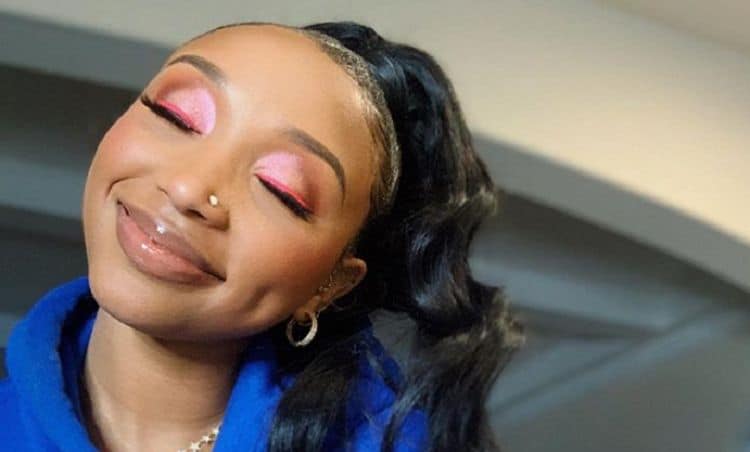 Celebrities’ children have been known to prove that they can make it on their own. Therefore despite having T.I. as her stepfather and Tiny Harris as her mother, Zonnique Pullins is determined to have a successful musical career too. For this reason, once the lockdown is lifted, she plans on shooting music videos since she has taken quite a long break from music. In the meantime, here is your chance to know everything about her.

1. Her boyfriend does not want to be on television with her

Celebrity women have been taken advantage of, and even Halsey says it clearly through “Without Me” lyrics. However, Zonnique’s boyfriend, whom she disclosed is a rapper, does not want to be feeding off the fame that a reality show would afford him. Therefore he never accompanies her to filming sessions because he does not want people thinking he is trying to get clout off Zonnique, according to Hollywood Life.

At the age of 22, most of us barely have our lives together, but it helps when you have surrounded yourself with people who push you in the right direction. Zonnique can proudly say she has parents who put her on a path of success; thus, it was no wonder that her mother could not hide her pride when telling the world Zonnique had just bought her first house. That was in late December 2018, so maybe she was giving herself a late Christmas or an early New Year present.

3. She was arrested on a weapons charge

On the night of June 16, 2016, Zonnique became a guest of the state of Georgia when she was arrested at Hartsfield-Jackson International Airport after being found with a gun. She spent a few hours at Clayton County Jail and was released on Friday morning. Being arrested is not something new to the family; in 2018, her stepfather was arrested trying to get in his own home while in 2010 both T.I. and Tiny were arrested for possession of a controlled substance.

4. She regrets getting eye surgery

In 2018, fans speculated that Zonnique had breast implants, but one thing she has been open about is her eye surgery. According to True Star, she traveled to Tunisia to change the color of her eyes from brown to grey. However, people notice that both of her eyes have changed back to their original color, and when one fan asked Zonnique to give her opinion on eye surgery, the musician shared her regrets. She disclosed that doctors were concerned she could go blind eventually so she cannot advise anyone to undergo the cosmetic surgery.

5. He stepfather is overprotective of her and her half-sisters

T.I. was in the headlines after he disclosed that he accompanies his daughter, Deyjah, to her gynecologist visits and insists on her hymen being checked to confirm that it is intact. The rapper later apologized to his daughter, but enough damage had been done already since Deyjah had unfollowed him on social media. While that was a glimpse of how far he is willing to go, Zonnique opined that her stepfather would be worse with the youngest daughter, Heiress. According to Zonnique, T.I. has double standards, allowing his sons to do whatever they please but being very strict with the girls. Even now that she has a serious boyfriend she is living with, T.I still gets to be tough on him too.

6. She has had to deal with pregnancy rumors

In January 2019, she sparked pregnancy rumors all because she posed with her stomach covered. It became so bad that her grandmother, Dianne, had to put a stop to it by announcing on Instagram that her granddaughter was not pregnant, and if ever Zonnique was expectant, then Dianne would be the first to let the public know. You would think that would stop such unfounded rumors, but in November 2019, fans were at it again after Tiny posted her daughter’s picture. Some said that the young musician looked pregnant, but Tiny slammed them, and other followers supported her.

Zonnique’s love for art is evident from the many tattoos she has on her body, from a “Hello Beautiful” on the nape of her neck to the head of a bunny on her upper arm. In total, the musician has more than 15 tattoos. When she showed off another tattoo on her right thigh, it became clear that she is not done with being under the needle.

Life has a way of connecting us with our destinies, and when Zonnique’s music career was taking off, she knew she needed the right amount of exposure. Luckily, Brandon, Miss Deb’s son, had been contacted by the reality show, thus asked if Zonnique would be interested in being a cast member. The budding musician saw it as the opportunity she was seeking; hence she joined the cast.

9. She announced about being a first-time mother on Instagram

Being a mother is a beautiful thing, and two years ago, Zonnique was tired of people focusing on Stormi, Kylie Jenner’s daughter, yet she had news of her own to share- that she was pregnant. Funny thing is while fans thought she was the one giving birth, it turns out that she was talking about getting a puppy. The musician added that motherhood was taking up so much of her time, yet she had no choice but to leave the puppy alone at home. However, as a responsible parent, Zonnique disclosed that she was searching for godparents to babysit her baby, Whiskey.

10. Her half-sister struggled with suicidal thoughts

Deyjah Harris opened up about her battle with depression and anxiety since she was 11. According to Mail Online, Deyjah was bullied in sixth grade, which resulted in low self-esteem and inflicting harm on herself. Dealing with depression has not gotten any easier with age, and she even had suicidal thoughts later on but never told anyone. After opening up, Deyjah added that mental illness does not discriminate.