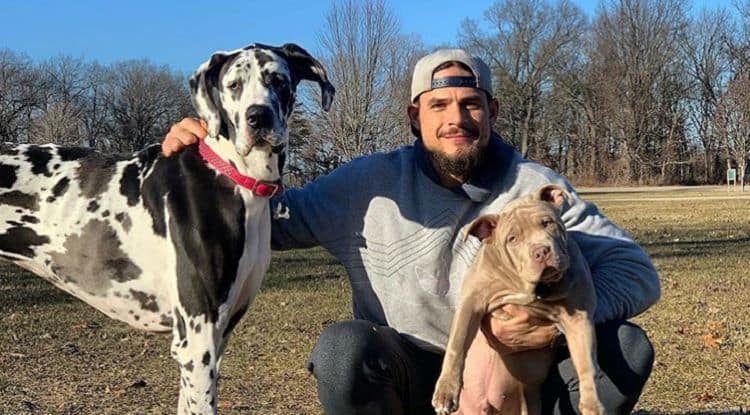 When Zach Nichols was cast on The Real World: San Diego in 2011, he had no idea that he’d still be working with the decade almost 10 years later. In 2012 he made his first appearance on The Challenge where he won The Battle of the Seasons. As a result, Zach quickly became a fan favorite among viewers and a threat to competitors. However, after competing in the “War of the Worlds 2” season in 2019, Zach decided to walk away from the competition. Although it seems like he may be gone for good, The Challenge definitely has a way of reeling people back in. Here are 10 things you didn’t know about Zach Nichols.

1. He Was Close Friends With Ryan Knight

Ryan Knight was a cast member on The Real World: New Orleans which aired in 2010. He and Zach Nichols met in 2012 while filming The Challenge: Battle of the Seasons. The two hit it off instantly and formed a close bond. Sadly, Ryan passed away suddenly in 2014 after a house part in Wisconsin. Zach described his fondest memory with Ryan saying, “I was having some problems, just decisions that I was making and people I was surrounding myself with. I was making some poor decisions, and Ryan actually was one of the main people that was like, “Hey, you need to straighten this stuff out. You need to get out of this situation.” And he helped me get out of that situation, and as I was leaving — and for about a month — he called and would talk to me for three hours.”

2. He Loves The Song “Changes” By Tupac

Zach Nichols has very diverse taste when it comes to music. He’s the type of person that would probably say “anything” if you ask him what his favorite genre is. One of his favorite songs is “Changes” by Tupac. He says the song reminds him not to confirm.

3. He Went To College On A Football Scholarship

Zach was a competitive athlete for most of his life, so it’s no surprise that he has found so much success on The Challenge. He attended Northern Michigan University on a football scholarship. In this old video interview with his school’s sports new channel, Zach shared that he wanted to try to continue playing football after college.

Zach and Jenna Compono don’t have any kids of their own yet, but he’s getting lots of practice as an uncle. Earlier this year, Zach posted a heart warming photo of him holding his newborn niece. If the couple ever does decide to have kids, Zach will already be a natural.

5. He Was A CrossFit Instructor

Staying fit is a huge part of Zach’s life. He spends a lot of time working out and staying in shape is important to him. For a while, he worked as a CrossFit instructor where he focused on helping others reach their physical goals. It’s unclear whether or not Zach is still working in the fitness world, but it’s clear that exercise is still his passion.

Not only does Zach have an alter ego, but he’s also created an alternate universe for this ego to live. In an interview he said, “I have an alter-ego, that resides in a make up world that’s even more of a state of mind than anything. I’m the mayor of Rip City, and that’s all you need to know.”

Zach Nichol’s relationship with Jenna Compono has been a big part of both of their reality TV stories. But Jenna isn’t the first MTV reality star Zach has had a relationship with. From 2014 to 2015, Zach dated Ashlee Feldmen from The Real World: New Orleans.

8. He And His Fiance Have A Couples’ YouTube Channel

With social distancing and self quarantining becoming the norm, people are looking for new ways to entertain themselves. For Zach Nichols and Jenna Compono, one of those ways was to create a couples’ YouTube channel. The two made their channel in early March and have since uploaded three videos. They currently have just over 5,000 subscribers.

9. He Wanted To Work In The Medical Field

During his senior year in college, Zach was still trying to figure out what he wanted to do after school. Although playing football was his number one plan. He also had other options in case that didn’t work out. Zach hoped to be a physical therapist or a veterinarian.

Zach Nichols has a close relationship with his family and often looks to his dad for advice and guidance. In his interview with Nikki Sin, Zach shared that his dad is his rock. He said that the song “Like a Rock” by Bob Segar always reminds him of his father.