Home
Television
Young and The Restless
Young and the Restless Spoilers: Lily Kicks Cane Out of Their Home 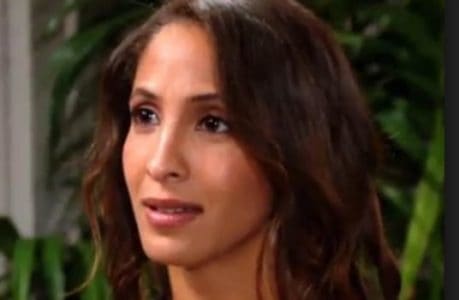 Young and the Restless fans have seen enough, and apparently Lily has had enough. She’s been unsure what she wanted to do with her marriage ever since she found out her husband cheated and impregnated another woman, lied about her life, and then made it his priority to continue with his lies. She’s no longer happy with things, and we know there is nothing she can do right now; but she’s made a decision. She’s confronted her husband about his lies, he’s still lying to her — and she’s done.

She’s getting rid of Cane for good. She’s going to order he leave their home, and leave her and the kids behind. She’s finished with their marriage. She will not remain in a marriage with someone who makes it his everyday goal to lie to her and make her miserable. She’s done, and she’s not doing it anymore. We aren’t sure he is going to take this very well, but we also know that he hasn’t much of a choice at this point.

And she’s not going to take him back. She’s given him more than a few chances to make the right decisions, and he’s made it his priority to continue to make poor decisions. He can’t seem to see that lying is what gets him in trouble each time — and she’s not doing it anymore. This means she’s finished. And he might realize this is true. He has to know she’s not going to take him back, right?