Home
Television
Young and The Restless
Young and the Restless Spoilers: What Does Hilary Want With Everyone? 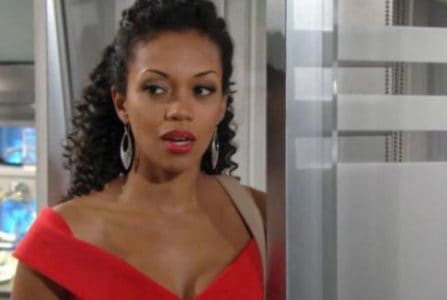 Young and the Restless fans know people have so many things on their own minds they can’t even focus on what is happening in the lives of others, but that is not how Hilary does things. She manages to get her hands in everyone’s business and make it her own. She has this ugly way of making sure she is able to get into whatever she can so that she can work on things as she sees fit. She manages to get herself into everyone’s business. She’s got herself in the middle of Mariah and Tessa and Cane and Juliet and Lily and even their kids.

But we are still wondering when things will go bad for her. She already lost out on her relationship with Jordan, yet she doesn’t seem to care much about that. She has, however, decided she and her ex, Devon, have a future. He seems to be all right with that, and things seem to be changing for her, but not for the worst as we initially thought they might.

Things seem to be working out for her, but they are working out well. She has a future being a nice girl with people if she allows herself, but we think that this will only work for her if she learns her lesson now. And she’s going to see the other shoe drop soon. She’s been too involved in hurting too many people not to have some consequences for her actions at this point.