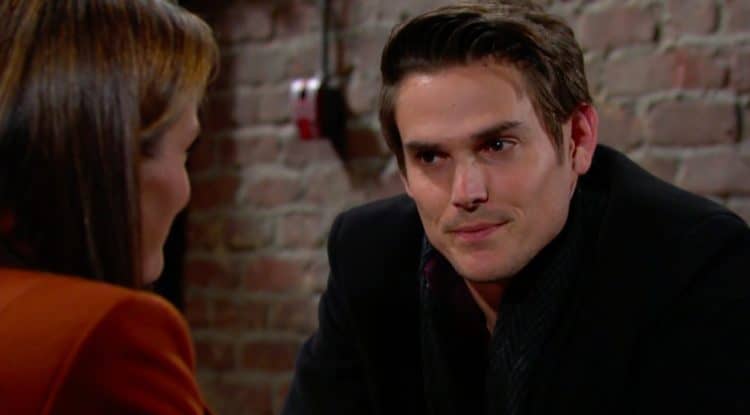 Young and the Restless fans were more than a little bit surprised to see that Chance had the opportunity to bust the thief who has been making everyone so miserable, but we can say that we were all shocked to find out that it was Abby. She’s up to something, clearly, and we have yet to figure out what that might be. We do hope that she has something else in her mind to get her going on this one, but we do know that she might be doing things that aren’t entirely for her and up to her at this moment in time. She’s got so much more to say and do here, and we get that. But, everyone is going to be shocked when they find out. Meanwhile, we also know that there is a lot happening with Elena and Devon. She’s accused him of being obsessed with Amanda, and she is not wrong. He is, and we can all see it.

Then there is a bit more going on with Mariah. She’s worried about Summer, though we cannot figure out why she cares this much about the young woman’s social life. She’s worried about her being single, and she’s worried about her being a woman who cannot be alone. But, she’s alone with herself rather than being with a man who isn’t right for her, which is a good thing. We all know that Theo is not right for her, and we all know that she really wants to be with Kyle, so we don’t see why this is a problem for anyone in the moment. Why should she care if she is alone right now? We don’t know, but she’s focusing a lot of her energy on this one. It’s too much for us to worry about.

The feeling when you make it to Friday 🙌 pic.twitter.com/IWkxBMmnNE

They are so fun.

This is not going to be the best day for Sharon, who is going to find that the plan she’s been so carefully working on is not going to work out well for her. She’s struggling with things in her own life, and we get that. She’s got a lot to work with, a lot to work on, and a lot going on, but this is not going to go her way, and that is going to be a struggle like nothing else in her life. It’s all right, though, and we do get that. She is going to find that things work in her favor when she allows them to work in her favor, which is something that works for us. On the flip side of things, we will see that Chance is about to get an offer that might work for him when it doesn’t work for anyone else. Summer, on the other side of things, is not going to like what Mariah has to say.

We still struggle to figure out what is going on with Mariah and why she suddenly cares so much what is going on in Summer’s life personally, but she is about to offer her a situation that will make things seem awkward and strange. She’s going to give her a warning that will make things seem worse than they truly are, and it’s too much for everyone to bear. We cannot figure out it, and we don’t know what it means, but we do know that it’s going to be a bit of a situation.