Home
Television
Young and The Restless
Young and the Restless Spoilers: Kevin Connects with Chloe 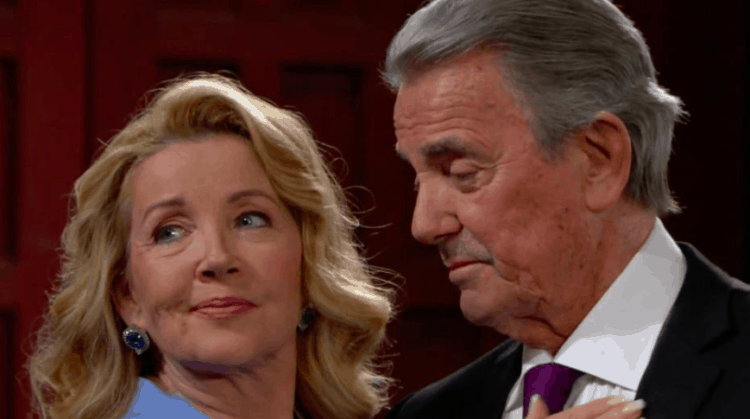 Young and the Restless fans know that Cane is in a weird place, but seeing him kiss Traci was more than a little strange. And, we have to assume she feels the same way about that. It was not something we thought we’d see happen — ever — and we aren’t sure we want to see that happen again. She did finish her novel, though, and that is exciting. Perhaps he merely meant this as an excited “I’m so happy for you” kind of thing rather than the situation that it seems to be at this point. However, we are people who do think that there is more to this situation than we imagined. For now, though, we now that there is something more exciting going on, and that has to do with Lola. She was having a grand time celebrating her bachelorette party in the days before her wedding, but she had some surprise guests.

Her mother was one of them, and Summer was the other guest. She didn’t want to see either of them, and she made that quite clear. We suspect that while they might be there for every different reasons, their ultimate goal is very similar. Neither of them want to see this young woman marry Kyle, but for different reasons. Is there a chance that they might just make this situation work in their favor, and they might work together to prevent it from happening as a whole? We are not entirely sure how this might work for them, but we can assume that it will be nothing short of entirely interesting as things begin to happen for them. We hope that they work together. That would just make our day, and it would make everything else seem so exciting and so much fun.

It’s always fun on the #YR set, but it’s especially fun when we have guests like this. 😍 You’re invited to join the fun at Lola’s bridal shower TODAY on The Young and the Restless! 💕 pic.twitter.com/ltoZoAYWlC

Who doesn’t love a good party?

They’re all coming home, and they’re going to bring down the house! 🏠This summer just got extra sizzlin’ on #YR. 🔥 pic.twitter.com/fuJsNHihkP

Traci has finished her book, she’s excited about the way it is going, and she’s not ashamed of her excitement about it. She might not know what she is thinking in terms of what is going on with Cane, but she is going to celebrate with him no matter what else is going on in her life. She’s got some issues to face, and she’s got some things to work through, but she is a woman who is going to have her life in order shortly. She’s done something amazing, and she is proud of that and excited about where it is taking her in her life.

Then there is the fact that Kevin is finally going to get what he wants. He’s going to find Chloe and connect with her, and he’s been in the mood for this for some time. She’s back, and he is going to handle this the way that he felt it should be handled for a long time. He’s got a lot on his plate right now, and that’s some exciting stuff. There is, however, a situation that will require a bit more work on his part. He is going to have to figure out what is going on with the rest of his life, and how he will handle the people who put him where he is. He’s been in exile for how long now, and it’s all because of Adam and Victor. Will he be able to get his revenge on them for causing these issues in his life?