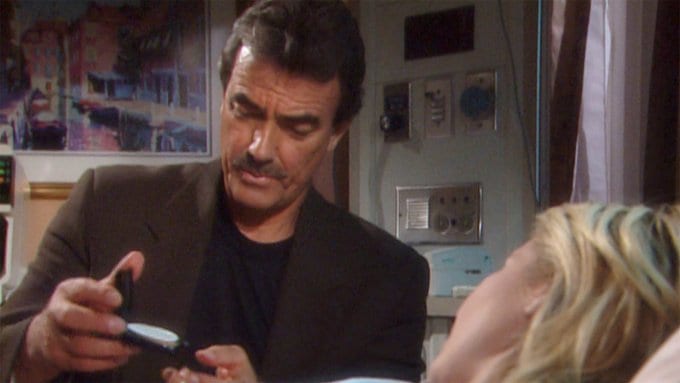 Young and the Restless fans are all kinds of excited about this new week of shows. This is the week that the CBS network is calling Rivalry Week, which means we get to see some epic fights. This is one show that is nothing but rivalry, so we have a hard time trying to decide which might be our favorite of all time, but they are really digging into the past and bringing us a few things that just make it all kinds of worthwhile. Today, the first day of this dastardly week, brings us a show about how much Jill and Katherine hate one another. Jill is looking for some shocking truths about her enemy. Sharon is hating on Grace and the influence she is having on Nick, and Michael is making it his life’s mission to make sure that he can cause as many problems for Nikki and Victor as humanly possible. This is a June 1998 show, so we are going back far in the archives for this one. And, it makes us want to take a look at what all started the issues for Jill and Katherine.

It All Began with Phillip Chancellor

When he first came into the scene back in 1973, he was a married man. He’d been a married man for a long time, and his wife was Katherine Chancellor. She was married prior to their marriage to Phillip’s college roommate, and they were pretty happy together. He died, though, and she ended up with his best friend and former roommate.

Unfortunately, when we first met them, their marriage was very rocky. She, as it turns out, was a woman who knew no bounds. Of course, we loved this about her for so long, and it all worked out so well in terms of her personality. However, she was not in a good place in her marriage because of all that we loved about her. She liked to drink and smoke and cheat on her husband, and he was not the biggest fan of that. They were first introduced as relatively unhappy, but working on things. He wanted to help her out, but he couldn’t quite make that work.

When Katherine first came to town, she hired someone to be her ‘companion’ of sorts. That was Jill. She was a bit of everything, mostly someone who helped Katherine out doing odd things for her, almost like an assistant, while also watching over her to make sure her vices did not get the best of her in that time. But, that’s when it all went sour. You see, she was Jill. And Jill was attracted to Phillip. They began their affair. It went on for some time without Katherine being aware of it, and that was good news. But, she found out, and that is where it all went down.

When he got Jill pregnant, he decided it was time to end his marriage to Katherine. So, he left the country to expedite that situation, and he came home a man free of his wife. Sadly, Katherine was his ride home from the airport, and she was not amused. She begged and begged him for forgiveness and for some change, and he could not do that for her. He told her no. Distraught at the idea he would leave her and remarry someone like Jill, she decided to drive them both off a cliff and take their lives together. Neither died, and Phillip was able to marry Jill on his deathbed. He died, and she gave birth to his son, Phillip Chancellor III. It was an epic rivalry of all time.

Some time many years later, there was a thought that Jill might actually be Katherine’s daughter and they decided to become family and love one another. But, that did not last when it was discovered that the paternity test that said they were mother and daughter was false. It turns out Katherine didn’t have a daughter. She had a son, and that was not good news for their newfound friendship. They went back to their frenemy roots, and that’s the end of that for these two ladies.