Home
Television
Young and The Restless
Young and the Restless Spoilers: A Look at Cassie’s Life 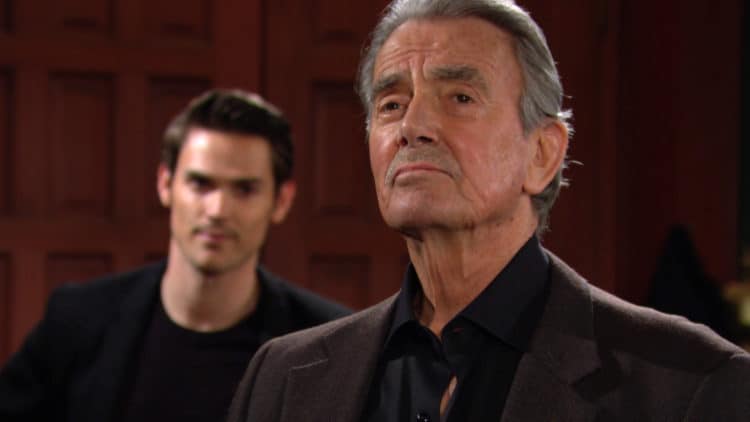 Young and the Restless fans love a little romance, and we do want to be honest about that. There is so much to love, after all, and it’s such a good time to feel in love, to be in love, and to have love. That’s why romance week is so good to us. This is a show that is taking us down memory lane to some of the most loving, romantic, and happiest moments, and we need that right now. Today, we go all the way back to 2005. It’s the day that Michael was going to ask Laurent to marry him, and she stood in front of him with her arms crossed and basically made it impossible for him to get out of this moment without making some serious promises to her Nick and Sharon were not in such a good place, though. They were in a sad place. Cassie was not okay back then, and they had to wait for news about her condition, and they were in a bad place. It makes us want to take a look back at Cassie and her life, and to see what kind of pain they were dealing with.

Cassie’s story was not a good one. She was born to a 16-year-old mother, Sharon, who could not raise a baby. The father wasn’t ready to raise one, either, and she was given up for adoption at birth. It would be a few years later when Sharon would meet and fall in love with Nick, have their son Noah, and find out he was ill and potentially ready to die. He didn’t die, but her best friend, Grace, knew that she had to do something for her friend if he did, so she tracked down 6-year-old little Cassie. Her adoptive mother gave her up to her own elderly and very frail mother, so Grace took her, but then she decided to take the little girl as her own and lie to everyone. The first time Sharon met the little girl, she didn’t know she was her mother.

Sharon and Nick did not learn the truth about little Cassie until she was 7. It was a solid year after Grace brought this little girl in their lives that they found out she was Sharon’s own baby. Grace tried to kidnap her and run, but Sharon and Nick put a stop to that and took her back into their own lives. They adopted Sharon’s own biological daughter.

Cassie’s life was never exactly easy. When she was 11, she almost drowned. She was born a twin and didn’t even know it — Sharon didn’t even know she had twins until Mariah came to town a few years ago. She later decided she wanted to be part of the cool clique at school, but those were much older kids. They were people like Devon and Lily, and they were not her real friends. They made fun of her behind her back, they laughed at her, and they were not nice to her. This caused her to rebel in a terrible way, and things were not good for her.

She was also involved in a car accident when she tries to take a very drunk Daniel home, but she wasn’t old enough to drive. She wrecked the car, and she was in bad shape. Everyone thought that Daniel was driving, but she was. She remembered a bit about it, and she left the hospital in bad condition to go tell him that he was not intoxicated and driving and should not be punished. However, she was in such bad condition that she didn’t make it. She died a few hours later in the hospital with her mother and her father, Nick, by her side. They were able to be with her in the final moments of her life, but the entire situation killed them. Sharon never really recovered from that, and who could blame her? She came back more than one time over the years in memories and dreams that Sharon had, and each time it’s been more bittersweet than the time before. She’s a very missed young lady on this show.