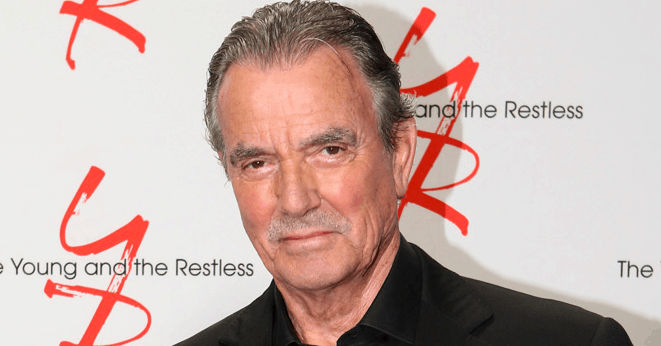 Young and the Restless fans remain convinced that this show is the one that has the most people come and go. There’s been rumor of some serious strife for a long time on the show with the actors and one specific behind-the-scenes kind of guy, and a lot of people have left because of it. That might be why we feel that Genoa City has such a high turnover rate, but we could be wrong. Either way, we’ve seen a lot of vey talented men come and go over the years, and we want to sit back, take a moment, and recognize the actors who are so beyond talented around here. There are so many of them, but these are the three actors who really take their role and make it what it is — and we cannot imagine anyone else doing the same if they took over.

You might not even know this, but he is Jack Abbott. Well, not really, but you wouldn’t be surprised if he really was, would you? He is a man who has a lot of skill, and he has a lot of talent. He brought some serious game to the screen when he took over this role in the late 80s, and we knew then he would kill it. He’s been on other shows, and he knows the business. He knows how it works, what it takes, and how to make the most of a role, but this is the role of his life. He is the only Jack. He is the man who will do what needs to be done, but manages to do it all with a bit of heart. He’s a bad guy who makes us love him with his kind heart that he works so hard to hide. What we love about him is that we feel that he is this character and this is his life. We feel that he is this man, and we think that he has mastered this role to a point that it’s impossible to see anyone else even consider taking it over if he were to leave.

Remember when he came into Genoa City? It was a long, long time ago, and it wasn’t meant to be for long. He was hired to come into the show for a short while, pass through while causing some big problems for some of the main characters, and then he was to leave and get lost. But he did not do that. He came in. He wowed everyone who watched the show, and the biggest problem he caused for the main characters in Genoa City is that he was better at their jobs than they were, and he was hired as a fulltime cast member who took over as the main character of the show. Like, actually took over. The show is all about him and his rivalry with Jack Abbott, and these two men own this situation. No one else can make anyone else feel otherwise.

He’s gone, and he’s been recast. He wasn’t even the first man to come into this show and play Adam Newman, but he was the best. He brought so much skill and talent to the screen, and we miss him. But, we also have to say that there is nothing else we love more than to see someone with so much skill and talent go on to do bigger things with their lives. He is now the man who is taking on the role of the century on a show that has won more awards, touched more hearts, and made more positive changes in our lives than anything. He’s part of the major, huge, insane hit, “This is Us,” where people cry, they cannot stop watching, and they tune in every single week because they feel they relate so much to this. He was magic here, and he’s still magic there. He’s someone we cannot get enough of no matter how hard we try. We aren’t sure the new Adam will do this role any justice in comparison