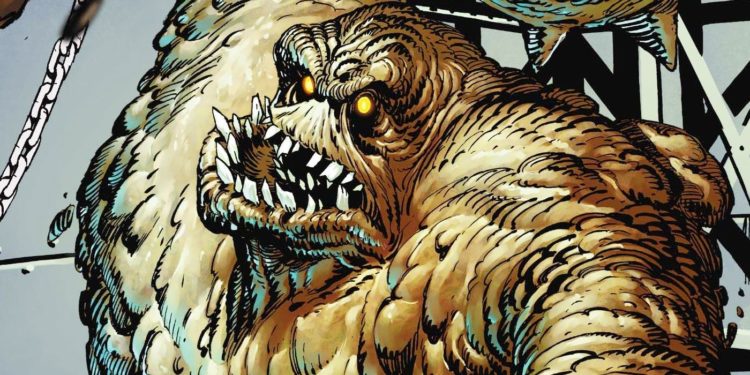 This has been discussed before, but it’s been established that as interesting of a villain as Clayface is, he’s also the type of character that would offer up a slew of challenges to those in charge of the special effects. Some would say that of course, CGI would be the only way to do this and practical effects would fall well short of the kind of effort that would be needed to bring this character to life. But by balancing the CGI effects throughout his appearance and using various actors to make the effect work, it could be that practical effects might be more useful than some people want to admit. Clayface would be a challenge, without question, but if done in a manner that could keep the audience guessing it feels as though this character would be one of the most impressive Batman villains of all time. Given his history with Batman, it could be that Clayface might actually find redemption in the movies if his story was told in a manner that allowed people to see him as a worthy character and not just another bad guy.

When it comes to the long list of Batman villains that have come and gone, Clayface is one of those that’s been used now and then as a character that’s not always a dark, clear-cut villain. He’s even turned the corner and worked with Batman instead of against him, but the unfortunate truth is that like a lot of characters in the Batman legend, he’s one of those that kind of gets tossed to the side when he’s no longer useful. The truth is that this character could be one of the deadliest enemies around due to his ability to mimic anyone he’s touched, right down to their DNA. He’s even able to replicate powers, which makes him even more dangerous since one can imagine that if he could replicate the powers of the most powerful individuals in the DC universe, he’d be a terror to deal with. But what keeps Clayface in check is that his control over his body isn’t absolute.

Despite being able to mimic anyone he touches, Clayface is still, at the end of the day, made of a substance that is bound by various environmental factors. He can’t take extreme cold, he can’t take extreme heat, and his body is highly susceptible to fluids that would cause his form to become oversaturated. In other words, the one word that points to his weakness is in his name, since clay is a typically malleable substance that can harden, but when introduced to liquid, will break down once again. It’s fun to imagine what might happen if Clayface’s powers were to be increased and if his focus over his body might be strengthened to such a degree that only the most intense situations might be able to break down his disguises. But as it stands right now,  Clayface isn’t capable of holding his disguises indefinitely and will begin to show his true face if he’s forced into an environmental situation that isn’t conducive to his physical needs. Plus, it’s also been seen at least once or twice in the past that once he becomes one character after another, Clayface’s mental state begins to deteriorate as well.

Bringing this character to a live-action movie feels like something that could be a serious challenge, but one that a lot of special effects coordinators and designers might find interesting since with everything that’s been done throughout the years in terms of CGI and practical effects the number of limitations is quickly diminishing. But the real success of the character would rise and fall with how much of his backstory would be placed into the story. This is what can ruin a villain at times, since seeing them as nothing more than a mad dog that wants to destroy everything and everyone around them is all well and good in the short term, but there needs to be more to the character to avoid making them a two-dimensional individual that serves no real purpose in the story. Clayface isn’t the Joker, he’s not Bane, and he’s not the most important villain that Batman has ever faced, but he does have the potential to be one of the most dangerous.

If this ever happens, and that’s still a big if, it’s fair to state that people will find reasons to support it, or stand against it. A neutral stance on this character isn’t uncommon, but it’s not bound to be something that lasts for long since Clayface is the type of character that many people believe would work, and others think would be too tough to pull off. Personally, it feels like an interesting move that would be worth taking a look at, especially if someone with the skill to match their ambition came along to make it happen.