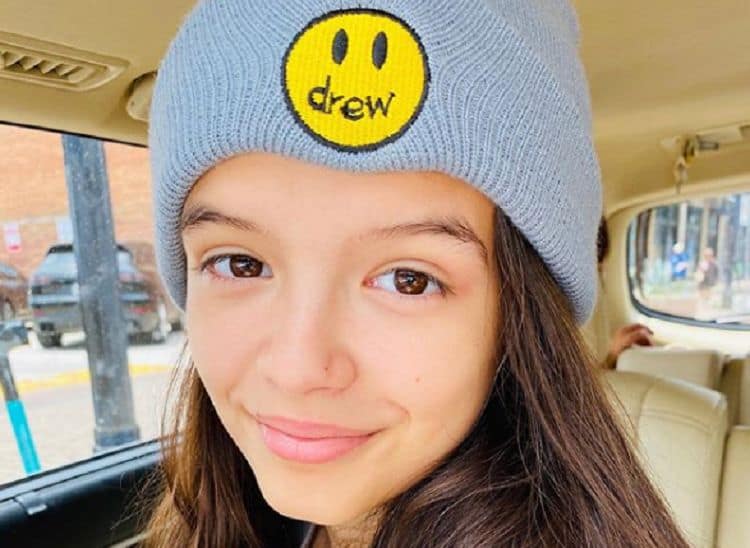 Yaya Gosselin is a young girl who is taking the world by storm with her serious acting abilities. She’s been given the chance to prove herself more than once in several different projects in the last few years, and she’s done an amazing job. She’s quickly becoming a very recognized face on television, and it has everything to do with how good she is at her job. She’s committed, she’s talented, and she’s focused on making the characters she plays come to life. Even at a young age, she’s able to make viewers feel that she is the character without seeing a difference in her personality versus their own personality. She’s been stellar so far, and we want to know more about her.

How is this for endearing? She decided she would become an actress when she was only 2. She was walking through the house while the television was on. It was playing “West Side Story,” and she was riveted. She stopped. She watched. She looked at her family and told them she could do that. She may have been but two at the time, but she did do that. She did it. She rocked it. She made it happen.

It was not long after her announcement she’d be an amazing actress in her family living room that her parents decided it was time to put her into some shows. They made the decision to let her work with the Dallas Children’s Theater. It was only two more years before she signed with an agency, and it was only a month later that she was already booking actual work.

She didn’t get any acting jobs right away in a major production at the age of 5, but she did land a few modeling gigs. She was cast as a commercial actress for brands such as JCPenney, Famous Footwear, Hasbro, and even Conn’s HomePlus. She wasn’t acting so much as just working, but she was working steadily and with enjoyment.

4. She’s Close to Her Family

She’s young, but she has to sometimes be away from her parents longer than she’d like to be. She likes to post photos of herself saying how much she misses her parents when she’s not around. She loves her work, but it sometimes means that she is not with them, and she misses them so much when she is.

What’s even more special about her daddy’s girl situation is that she’s the one who says it. She loves her dad, and she’s not afraid to tell the world that he’s the most important to her. She doesn’t love saying goodbye to him, she doesn’t love being away from him, but she does love what she does. She just wishes she could spend a bit more time with him when she’s at work.

6. She’s One of Three Girls

Her mother is a blogger, and her father participates in some of that, too. She started her blog in 2013, but it doesn’t look like she really did much with it over the years. She started out introducing her family, and she also decided she would share some recipes. She called her blog the gosselin five. We think she might have wanted to spend some more time focused on the blog to share her family and their life with her own friends and family, but we imagine Yaya’s busy schedule might have made that a bit more difficult than she imagined.

8. Her Parents Recognized Her Talent Early

We already told you that she was young girl who knew she could do things that were talented and musical and really impressive when she was but a child. She was a little girl who knew she was seriously talented, and her family recognized it even earlier than she did. They knew when she was only a 2-year-old that she would be a special kind of kid. She knew all the words to the songs from Annie, she would perform them for her family, and she would make them all happy with her talents.

9. Her Birth Name is not Yaya

It’s a cute name, and we love it. But it’s not the name she was given at birth. Her birth certificate name is actually Felisita Leon. They call her Yaya, and she was born on January 26, 2009. Her parents called her whimsical, and they also called her sweet and magic and sensitive and very funny. They love her, and they believe she is their actual first princess. She just celebrated her 11th birthday, and that means she’s going through a really fun age at home. We have an 11-year-old, too, so we know that it can be so much fun to have a baby this age.

We have to a take a moment to stop and really take a look at her mother, Monica. She’s cool. She played College Basketball, but we don’t know where. She also has some big dreams. One of her biggest dreams is to one day own a ranch with rolling hills. She wants to spend her time living the very best life possible, and she wants to do it quietly. She loves things like horses and Italy. She was someone who was serious about Tae Kwon Do, too, and she actually competed many times across the world, which allowed her to live in Italy for nearly two years of her life before she was a mom and a wife. She’s leading a very cool life of her own, too.