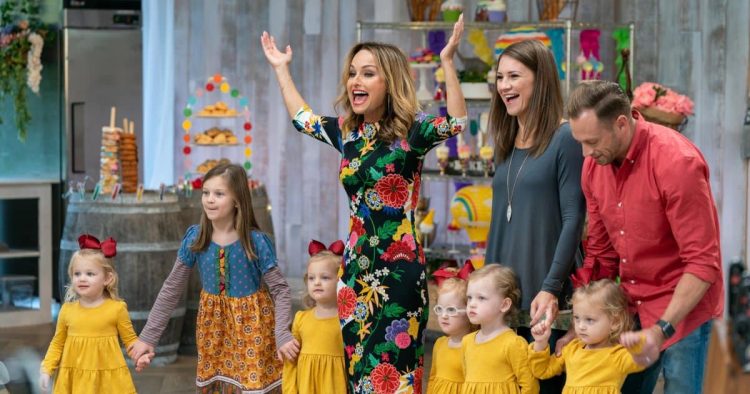 There are various rules and regulations that take place in just about any baking show, and Winner Cake All is subjected to many of them just as any other similar program would be. The essence of such a show is that the bakers are there to perform and to show that they’re worthy of the prize and prestige that comes if they win. Bakers are after all performers as well as a part of the food service industry, as their work is what speaks for them and thereby lets other people know just what they’re all about. These kind of shows are for those that are at the top of their game and want to show others that they are worthy of a bit more praise than others. It’s a rather tough competition for many people and it’s not too hard to see why only the best would be selected since these kind of shows pull those that are skilled in their craft and can produce in a short amount of time.

This should be a gimme since the commercials that are shown for the show depict the bakers already getting down to business and competing well before the show airs. Some people don’t watch the trailers however and think that they’re seeing things in real time when in truth there is no such thing as ‘real time’ when it comes to such shows. Most episodes have been shot well in advance. If nothing else, the commentary that is given during the shows should be a big giveaway.

9. Various celebrities drop by now and again for different challenges.

A lot of people hear about various bakers and shows such as this and might try to petition to get their parties and special events catered in such a manner. It seems like a long and roundabout way to go about finding someone to make a cake that’s just perfect for their purposes but it’s also a way to promote their own celebrity status while trying to find something they like.

8. This is a team show considering the scope of the projects that are undertaken.

Some baking shows pit individuals against one another but when it comes to cakes it’s usually a group project since the size and scope of the cakes that come out of the kitchen are usually more than one person can handle. You don’t realize just how much a cake can weigh when it starts to get bigger and bigger.

7. Each round a team is eliminated.

You would think this would be a gimme but there are a few cooking shows, and baking shows, that have somehow allowed people to stay even when they don’t do well according to their rules. In this competition though it’s like the playoffs, one loss and you’re out.

When you think about how much it takes to run a bakery and what it takes to even start a bakery then $10 thousand doesn’t seem like a lot. But since some of the bakers might not even have their own shop it’s a big deal and a huge boost to their business.

5. The leftover food is donated to charitable organizations.

Watching so many cooking channels it’s easy to think that all that food that gets cooked and then doesn’t get eaten might just get thrown away. That’d be a horrible waste since so much of it is still very good even if it wasn’t voted in for the win. But thankfully every last bit of the food does get donated to those that are no doubt grateful to receive it.

4. The crew members get to partake of the goods as well.

What point would there be working on a set like this if you didn’t get to sample the stuff that got rejected from time to time? Of course the crew gets hooked up now and again, it’s one of the perks of being a part of the show after all. Even the bakers get to taste their wares since that’s a respected part of the process.

3. Each crew brings their own materials, but there’s a lot of stuff that’s provided.

The production teams running these shows are fairly meticulous about what items are needed and they provide a great deal, but contestants do still bring some of their own items since it adds a personal touch to their products.

2. A lot of the competitive nature of the show is built up on purpose.

There’s a good chance that there wouldn’t be any smack-talking or other noise going on in the kitchen if the bakers were really focused on their goal, but it does make for a slightly more engaging time if they’re encouraged to trash-talk each other now and again.

1. Typically the bakers and the judges don’t interact much.

This is usually done on purpose so that the judges can be fair and unbiased in their decisions about what they’re being presented. The more you know someone the more likely it is that their character might sway a person one way or another, so keeping the contestants and the judges apart is a good way to keep that impartial touch.

Baking shows are a lot of fun to watch, but keep in mind that despite being more real than most they’re still for entertainment.