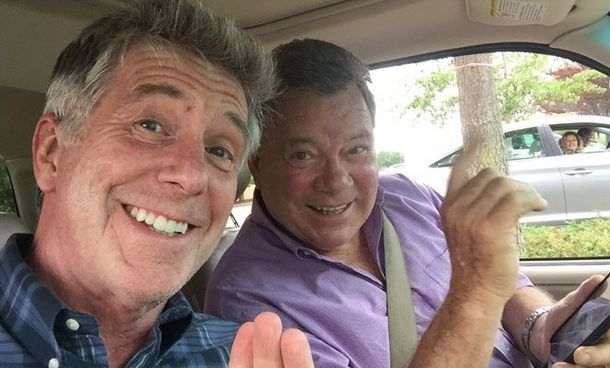 The one name that everyone’s been talking about after the Dancing with the Stars debut has been Bonner Bolton.  The ladies love him.  He seems like a completely nice guy.  He’s handsome, and right now he’s making waves as the frontrunner of the show.   But there’s another name from DWTS who isn’t even a contestant that’s gotten some press in the last day or two.  That name is William Shatner.  I’m not sure what this guy has against Nick Viall but good Lord did Shatner go after him on Twitter.   As soon as the show started Shatner was live tweeting how much he couldn’t stand Viall.

Shatner was frequently imploring his 2-million-plus followers to do everything in their power to vote Viall off Dancing With the Stars.  To be honest no one really knows where all this hate stems from.  Maybe it has to do with Nick’s not-so-sterling reputation with the ladies in the Bachelor universe?  Did Shatner lose a bet or something?  S

hatner seemingly called a truce this afternoon, explaining his rationale in a tweet: “As a Dad w/ daughters I’m not happy w/ what you’ve done in the past. Maybe you’ve matured now?” With this short-lived feud in the past, I think it’s important we take a look at all the tweets because well, they’re quite comical.  This is the how the captain of Star Trek spends his time.

Whoever your favorite is – just not Nick- make the 10 phone calls for them. https://t.co/4OKy55HF7T

He lives up to the homonym of his last name. https://t.co/aD0CM2peAn

Dancing With the Stars host Tom Bergeron even got himself involved, urging Shatner to take it down a notch. He reluctantly agreed.

Despite every single one of these tweets by Shatner, Viall only had one tweet of his own. Here it is.

Can someone please explain any of this to me? Thanks.