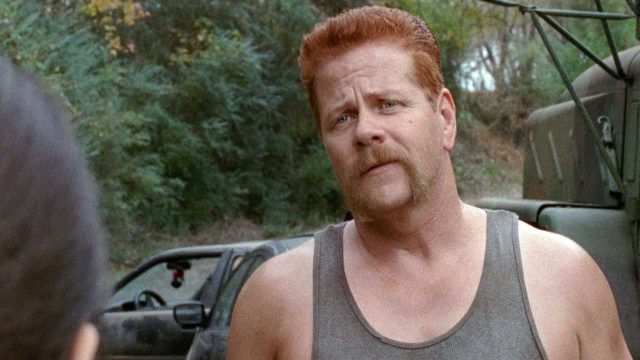 If you’re not a Walking Dead fan then it might not make sense to hear about a guy that’s already had his head bashed in coming back for another appearance in the show. But if you’ve been down with the show for a while then you get why it’s so important. Abraham was probably one of the most abrasive individuals in the group and didn’t make a lot of apologies for the way he was. His life was just as rough as the next person’s and he made do with it, but there were times when you really had to wonder what was going through his head. And then of course he’d snap out of it and be one of the nicest guys you’d ever met.

But we all saw was Negan did to him last season. We know he’s gone and there’s no chance of coming back as a walker if you’re brains were spread all over the ground. But despite that if the chance presents itself and his schedule is open the actor has already said that he would gladly come back. The only way this could happen is in flashbacks, but those have become a common staple in The Walking Dead and have been very important to date.

For instance they offer clarity, focus, and memory of better times that can give people a reason to keep moving forward. There have been moments when the flashbacks also explain how certain things came to be and why they happened in the first place. Morgan’s sense of inner peace, Rick’s stay in the hospital, and several other moments benefited from flashbacks. And now it would seem that another one might be needed to get another character over the metaphorical hump.

Eugene is currently at the mercy and in the service of Negan more out of self-preservation than anything else. He’s playing a part and doing a very good job of it since he’s thrown himself into the work. It might seem like he switched sides and that could very well be since he is kind a weak-willed individual that will do what it takes to survive in certain situations. He’s never had to be tough, he always had Abraham for that.

And that’s where the flashbacks might start to come in. In Eugene’s time of greatest need the ginger-haired giant that always had his back could become the reason why he begins to toughen up, or at least find his nerve. To this point he’s turned down a perfectly okay plan to poison and possibly kill Negan for reasons that we can’t really understand, but can at least see as practical. If Negan is poisoned then there’s no doubt that his wives will be quick to point the finger at someone they see as dispensable, and Eugene has been that ever since he admitted that he didn’t have access to a cure for the walkers.

As of now he’s living on borrowed time and has no set plan on how to barter for more other than to do what he’s doing. Maybe a flashback will remind him of what it means to get dirty when you’ve got no other choice. Abraham was always good for advice like that.