Home
Movies
Why We’ll Be Watching “Palmer” With Justin Timberlake 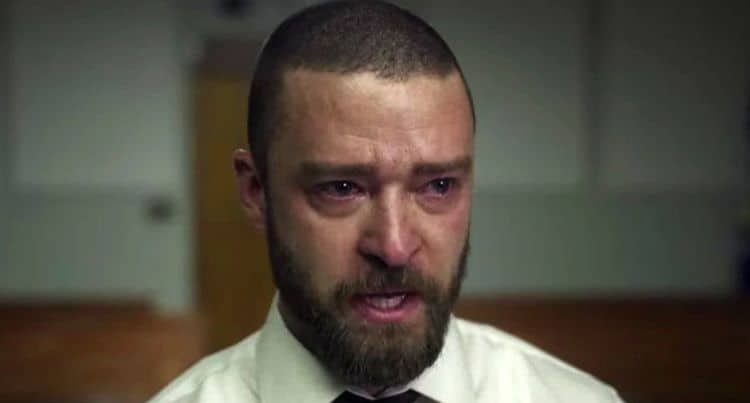 With an initial look at Palmer starring Justin Timberlake, one can probably guess that it’s probably going to be seen as a little controversial to a lot of people if only because of the content. Just looking at the trailer it’s obvious that Timberlake is playing an ex-con that, upon getting out, discovers that there’s going to be a new kid in his life that doesn’t conform to the gender norms that he’s used to, meaning that the young boy plays with dolls, watches cartoons that many would say are for girls and is far more feminine than some think is natural. There are plenty in this country that would look at this and say that ‘the boy ain’t right’, possibly with Hank Hill’s southern twang, while others would state that the boy is happy doing what he wants and should be left to do as he pleases. The bigger issues of his mother leaving and then returning with an abusive boyfriend, or how Palmer is willing to step up and take care of the kid as he continues to change and is seen as little more than a convict by much of the town, kind of get muted by the idea that the kid, a boy who knows he’s a boy, is more into girly things than anything. This one facet of the movie is bound to bother a lot of people who want to see kids adhering to gender norms, but still, have to admit that seeing a kid smile when they’re allowed to express themselves is hard to say no to. Anyone that has kids should know the feeling and should know how easily that can be squashed.

This feels like a step up for Timberlake, who in the past has played a few different characters that have turned out to be a bit weak when it comes to their character, no matter how tough they might appear to be at first. The roles he took in Black Snake Moan and Alpha Dog are prime examples of this since both times he appeared to be tough in some moments but fell apart when his character was challenged in some way. But the transition he’s made from pop singer to actor has been impressive over the years since he’s shown that he does have the kind of range when it comes to acting that is needed to convince people that he’s worth watching. His time spent on Saturday Night Live has helped in a big way as well since it’s given him a little more experience and has helped to further the transition between music and acting, giving Justin a lot more experience to pull from as his talent has been increasing.

As far as the story content goes it’s conflicting to be certain, since wanting a little boy to act like a little boy is bound to get a lot of people arguing given that the norms within our society have been shifting over the years and allowing kids to push against gender norms is something that some people embrace and others state isn’t healthy in the least. Looking at the trailer it would appear that some people are likely to state that the boy’s mother indoctrinated him into playing with dolls and watching girly cartoons, while some might want to state that he chose these things on his own and is making all of his own choices based on what he wants, not what his mother wants him to do. Then there’s the idea that the boy’s behaviors are so deeply rooted that even Palmer, someone that tries to convince him at first that he’s a boy doing girly things, can’t get him to change. As it’s seen in the trailer, Palmer is the one that changes his mind eventually and comes to defend and care for the boy as he stands up to those that tell him that the boy isn’t right in some way. The kind of joy that a child experiences when they’re free to express themselves is something that’s difficult to squash, especially when it comes to those that care for them. But it does feel likely that critics will pick up on this, as will a lot of viewers, and wonder at the idea of challenging what some people will see as another problem within our society.

The movie isn’t too much of a stretch for Timberlake, who has performed in dramas before, but it does feel that he’ll be shifting gears and becoming a character that not only has a spotty past to work against, but will have to change his mindset and his attitude, as well as his beliefs, as the movie rolls along. It could be an interesting development to watch, and it’s worth at least a look for those that are interested.