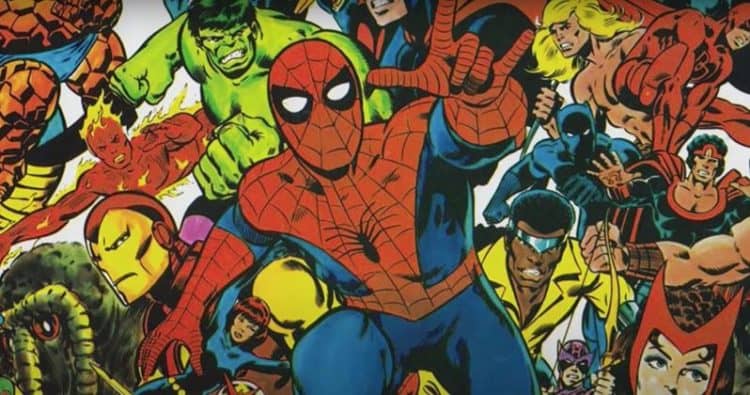 Saying that Marvel comics have changed over the years is a drastic understatement since from the inception of the comics to the first time a superhero really took off on their own, everything had to change and keep changing. It’s not enough to know that a figure in the comics is a hero, it’s necessary to know who they are, what they value, what they have to deal with, and what kind of person they want to be. In other words, one has to get under that mask to figure out who each character is in order to be an effective hero and even an effective villain. It’s not just the hero’s that need to be complete when making a comic book that people want to read, the villains have their own lives as well, and by necessity need to be fleshed out so that they’re not two-dimensional beings that make it feel as though the heroes are fighting shadows. But the main point of all this is that in order to write a great story one has to create the world that they’re going to write about and in doing so know who those characters are that will populate that story.

There are quite a few people out there that might argue that getting bent out of shape about a comic character’s origins is silly, ridiculous, and childish, and there are toxic fans that make this more than a little true. But the fact is that these stories are what people are interested in and as a result, they’ve become a part of life that many will gladly embrace since the fantasy of it all empowers many people and makes them believe that anything is possible. Let’s be realistic and state that none of us think that getting bitten by a radioactive spider or being exposed to gamma rays is a good thing, even if there’s the off-chance that we’ll get superpowers. But stories such as those told in Marvel have been a cornerstone of humanity for a very long time, they’re called fables, legends, and myths that people have been telling to one another since humans learned to communicate, and they’re a part of our world that become important because we value the inspiration that such stories bring. Those that want to claim it’s childish and immature typically have found another way to gain inspiration, but have yet to find that one spark that allows them to accept that everyone finds their own path and uses their own muse in order to do so. Marvel heroes have provided that for many people since they’re more than just two-dimensional characters to many fans. These characters have complete backstories that many people have studied religiously for years.

Getting behind the mask of any hero is bound to be a messy process since if anyone knows anything about Marvel heroes, a lot of them are dealing with a lot of stuff in their lives that can easily reflect what’s going on in society and what might even be going on in the life of the artist and/or writer. Heroes and villains have been used to tell one story after another about the world around us for years now, and as society has changed, so have the comics that people enjoy. Listening to those that have been working with Marvel and those that have been inspired by Marvel is bound to be interesting since growing up with comics I can say that much of my own writing has been influenced by what I’ve read and seen, but thankfully many writers tend to go off and form their own ideas after thinking long and hard over what we’ve learned from these stories. The fact that they’re bound within their panels is less of a concern than the idea that they are telling a very real story behind the fantasy and are showing that their characters are being shaped by other forces that will eventually turn them into the people they will become at one point or another. The mask and the suit don’t tell the whole story obviously since they denote the function and heroism of the character as they go traipsing about saving people and fighting villains who are bent on destruction. It’s when the mask is off that we get to see the person beneath and realize that the comics have been creating individuals that are based on and reflect the world that the reader exists in, thereby making it that much easier to relate to them in some way.

There’s a great deal of responsibility bound up in storytelling since even the most fantastic story can have a lesson or two and can pull from society the best and worst examples while putting them on full display. It’s fitting that since the stories come from this world that they would mirror what we feel and what we believe.