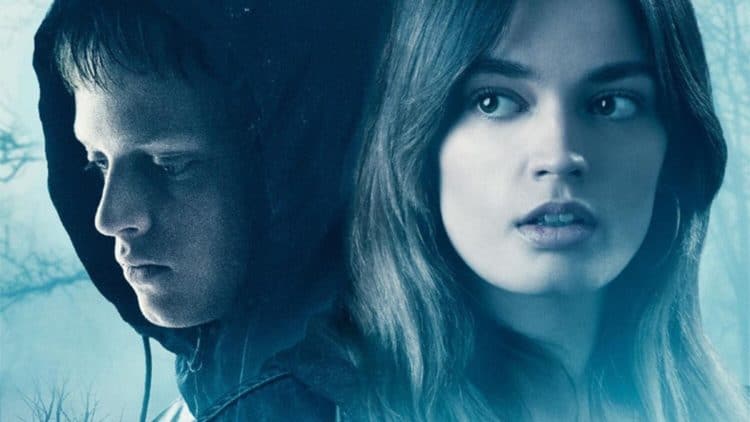 Secrets have a way of finding their way to the surface no matter how deep they’re buried, as it would appear in The Winter Lake. That might sound a little ominous but it’s definitely meant to since the story is one of those that might have people biting at their nails in anticipation as they try to figure out just who is really the problem and who is simply there and can’t get away from the trouble that might be lurking around any given corner. The whole mess starts when Tom and his mother Elaine make their way from England to an old family home in Ireland where they appear to hunker down in an effort to just get away from whatever life-altering mess that is apparently Tom’s fault, according to Elaine. Of course, just getting away usually isn’t the remedy to any problem since whether it’s something that’s just bound to happen or if fate is fickle enough that it can’t allow people to outrun it. When Tom begins collecting the skulls and bones of small animals that he happens to notice around the property, as disturbed young men are wont to do in movies such as this, the state that he and his mother live in, which is to say depression, doesn’t get any better when they meet another single parent, Ward, and his daughter Holly.

More disturbing than anything is the turlough that exists near the property, as it only adds to the dismal look that’s given to the property and the general feel of the place in which it’s located. The turlough, a ‘disappearing lake’ so to say, is a disturbing part of this story since not only does the implication bring to mind a great number of reasons why it would be an important feature, but the fact that Tom finds a sack floating within the lake is another good indication that something isn’t right. When he finds the bones of a baby in the sack however it’s pretty certain that things just aren’t right around this place, and that the question of who’s actually a decent person and who is hiding something begin to build. The downside is that Tom is already dealing with massive anger issues, which is likely why he and his mother had to move, or at least a part of it and that his mother is the type that knows she’s a bad mother but can’t help but think that she’s still a good person. At this point, anyone should be able to see how this story is bound to get messed up at some point, as the secrets, the negative connotations, and the fact that Ward appears to be a little too good to be true start to build in the viewer’s mind. On top of that, however, the fact that Holly is just as much of a misfit despite being bolder in her manner than Tom and more willing to show out when the need arises is enough to throw another wrench into the already tumbling mix that’s bound to keep snagging and making the story feel as though it’s about to fly apart at the seams.

That’s a big part of what makes this movie appear to be so appealing since it’s bound to be the kind of dramatic, horror-laden mess that looks as though it will be something that people will want to watch in order to figure out what’s going on. To be fair it looks as though it might take a while to really get going, but some of the best horror movies, the cerebral ones especially, are those that take a while to build up the suspense while dropping hints here and there as to what might be going on. Tom presents himself as a very angry young man that could possibly snap at any moment, while Holly almost sounds as though she might take advantage of this by playing her own game that will test Tom and make it that much harder for the young man to contain himself. The suspense is built up in the trailer is enough to make it feel as though things are going to follow a slow burn all the way to the end, with a slightly anticlimactic conclusion that might not be the sudden explosion that people are hoping for, but more akin to a very realistic tumbling of emotions and secrets that will end up ruining at least one or more individuals within the story.

This could be a very big positive for the movie even while proving to be kind of a negative since the unfortunate fact is that a lot of people don’t want to think too much when watching a horror movie, but movies that are too simplistic often get called out for being less than intelligent and a bit boring for their simplicity. This movie doesn’t appear to have that problem, since it’s bound to challenge quite a few viewers.