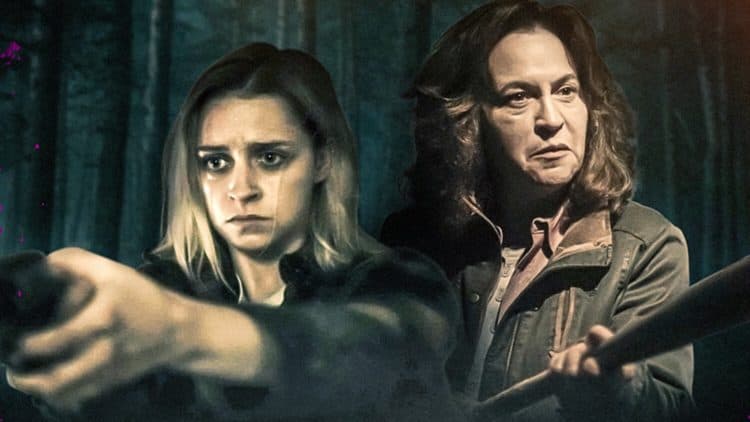 There’s a risk with new ideas, but the upside is that it IS something new and therefore something confusing and worth figuring out, hopefully. The main gist of the story has to do with a female trucker being asked by a very scared woman that’s obviously in distress if she can hide in her truck. Apart from learning that the woman has escaped from her captor, this trailer gets a little strange there are plenty of images that make it appear that things are going to take a seriously twisted turn that some folks might not be ready to accept. But if the truth is told the fact that it’s already said that this is being taken from a woman’s perspective is something that’s been happening lately and has been kind of nice since it does offer up a different perspective when it comes to many movies given that it might actually tell a different story in some ways. But one thing that is kind of obvious is that any other perspective already feels as though it might be just as bad if it were told using anything but a woman’s point of view since kidnapping anyone is a heinous act and something that can’t be justified unless there’s some insane, extreme reason that has to do with actually keeping someone safe. This obviously isn’t the case in this movie so there’s no need to worry about extenuating circumstances, at least insofar as anyone knows.

There are movies that operate from a woman’s point of view that tend to make all men appear as either weak and ineffectual, harmful and aggressive, and even deceptive, but this one appears to at least give its male characters a proper look since the creepy and definitely aggressive mien of those in the trailer is something that can, unfortunately, be attributed to many men throughout the world, and in an era where men, particularly white, cis-gendered men are, unfortunately, is seen quite often as a major problem in the eyes of some, demonizing men becomes a very easy act that can be picked up and used without any need for justification. If such a thing is going to be done then it’s best to make certain that it’s done in a manner that makes it clear that the men committing the acts of violence aren’t quite as complicated as people might want to think, since otherwise, the movie becomes capable of being labeled as a man-bashing movie, even though many won’t have the nerve to say as much. Thankfully, what this trailer shows is someone that’s undeniably evil and likely has no means of redemption that he would take. It’s a guess, but anyone that would lock a woman up for any reason doesn’t really sound like the type that people would want to associate with.

The movie looks like the type of crazy that might be enticing to a lot of people since from the imagery there’s something else going on beyond the premise that’s been laid out for people, but what that could be is hard to say simply because it hasn’t been made absolutely clear just yet. But watching would be worth it no doubt since it looks intriguing and a good suspense movie is sometimes worth it when the trailer doesn’t give too much away. It’s easy to see that things are going to get deeper with this idea once the movie gets started, but how nuts it will really get is something that a good number of people might be willing to check out simply because, well, a trailer can only give so much and stepping into the madness that a movie can dish up is sometimes worth the wild ride that’s fixing to take a person and twist them up in a few different ways. If the whole movie was to revolve around the idea of a woman hiding in a trucker’s vehicle to escape a captor it would be interesting, but it might be kind of intriguing to see just how it would be extended, even if it might eventually fall flat due to plot holes or some other unforeseen problem that could derail it somehow. All in all, this movie looks like it could be an interesting story, but the trailer isn’t about to tell as much as it could, which is a good thing really since trailers tend to tell too much sometimes.

Analyzing this movie could be kind of interesting as well since the imagery that’s been given is maddening in some ways and tends to indicate that there’s going to be a deeper story here than we’re seeing initially. That kind of a tale is usually a lot of fun, or wanders off and doesn’t say much while trying to cover as much ground as it can. Hopefully the former is true.