Home
Movies
Why We’ll be Checking Out the Movie “Songbird” 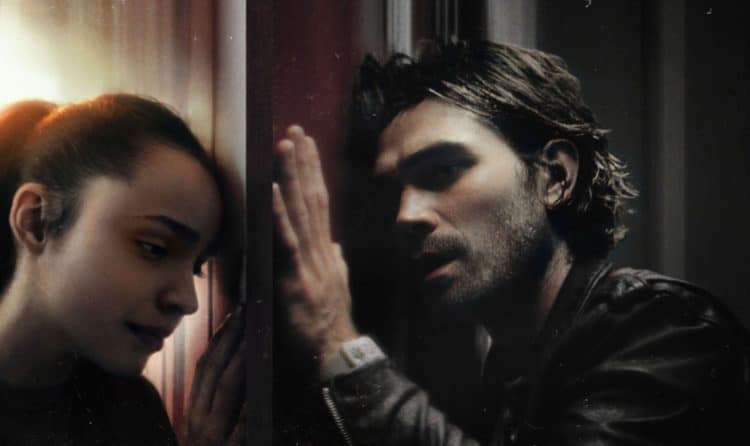 It’s almost as though there’s a need to scare people these days if only to make it clear that things could always get worse. As Songbird shows early on, COVID-19 is no longer the main concern, since COVID-23 has become the next fear, and the mutations that the disease has gone through have made it even more dangerous. Even more terrifying though is the idea that people will turn on each other in a way that will inspire a Purge-like situation in which will see individuals actively deny and destroy freedoms in order to combat the pandemic. The horror is fabricated, but the fear could be all too real since if one is being entirely honest there are individuals that aren’t too far away from experiencing this type of paranoia. Many people are ready to believe just about anything that is conveyed to them by media, through TV and movies, and won’t need much convincing. But hopefully, people will take this at face value and remember that it’s a movie and that things have not managed to get this bad at the moment. With all the things that people choose to worry about it’s vital to remind them that entertainment is just that, ENTERTAINMENT. It can be a commentary on the world around us, it can be a story, a tale that will detail just what’s going on in our surroundings, but apart from that, it’s a story, and nothing more.

This is the responsibility that entertainment deals with, keeping the audience amused and at the same time offering them another perspective to look from that may or may not be accurate and unbiased. Songbird obviously isn’t about to talk about fair and balanced since just looking at the trailer it’s easy to see that the world has been thrust into a worst-case scenario that is seeing neighbors ignoring each other when the authorities come to remove those that are infected, and landlords taunting their tenants from behind closed doors. Plus, the pandemic has grown to such a degree that people have active curfews that are strictly enforced, and soldiers are roaming the streets in order to make sure that people listen. Some people would state that we have that now, that there are soldiers in the streets where they shouldn’t be, but if people would look closer they would see that the freedoms that they’re crying over, the things they believe they’ve lost, are being shared by everyone, and aren’t being denied to all but the privileged few. Without trying to get political, the pandemic has in fact forced many to change the ways they live since many people are struggling at this time. But one very important lesson that any individual needs to remember is that we haven’t lost everything. Lamenting the loss of all that we hold dear when there is still plenty to hold onto is the loss of hope, and this movie appears to push that point home quite well.

From the looks of the trailer, it does feature an impressive cast that will hopefully be more than just window dressing since Peter Stormare, Demi Moore, and Bradley Whitford are all solid actors that might give this movie a bit of a push that it needs. But from a pandemic standpoint, they’re likely the kind of actors that could help out in a big way since Stormare is the type that simply looks like he might dime out his tenants, no offense. He’s rarely played a protagonist in the last decade or more and yet he’s played a perfect antagonist quite often since he does have a bit of a devilish look to him that says ‘don’t trust me’. Demi Moore can go either way with her characters since she’s been heroic, stoic, determined, rough, and empathetic throughout her career and despite being kind of quiet over the years she’s still retained enough of her reputation to have the kind of respect that’s needed from the fans. Bradley Whitford is as close to being the everyman as he can be without really needing the label since he’s played antagonists and protagonists in a manner that makes it clear that when he’s a bad guy he’s despicable, but when he’s someone that’s working towards the common good he’s going to be snarky but he won’t be evil or even that big of a problem. As it stands now all three actors look as though they will be playing very separate roles in this movie and might not communicate at all, but will be doing their own part to survive the pandemic in their own way.

The movie looks pretty intense, and it could be something that people will be talking about in times to come. For now, just keep in mind that it’s a movie and that the pandemic is nowhere near as bad as it could get.