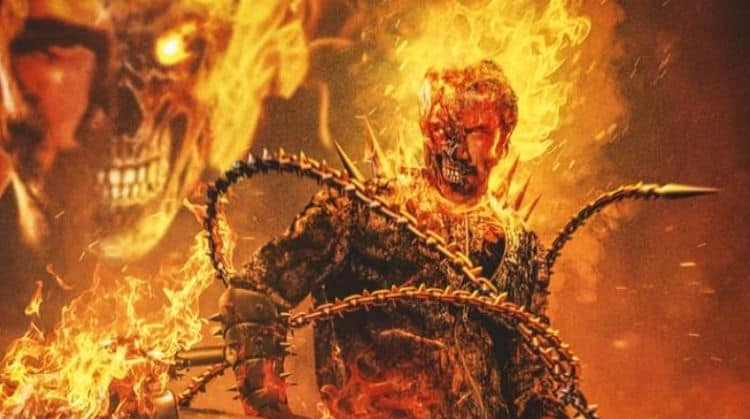 Out of all the awesome anti-heroes lurking in the Marvel Universe, there’s one in particular who is quite the hothead. I mean that quite literally. Oh, and he can ride a motorcycle in a way that would make the Sons of Anarchy club go back to riding tricycles. That’s right, I’m talking about the one and only Ghost Rider. Now here’s the thing, I’ll understand if Nicolas Cage comes to mind when you here that name, but that’s a thing of the past. Unfortunately, he’s also the only live-action version of the character we got, so if you don’t read comics, Nic Cage Ghost Rider may be the only iteration you’re familiar with. In that case, I suggest you put those memories to rest and get ready for a new Ghost Rider. I’m speaking, of course, about a Ghost Rider that will be done right in the Marvel Cinematic Universe.

Before the Agents of Shield fans bring up Robbie Reyes, I’d just like to confess that I don’t actually watch the show. It’s just not that appealing to me, but I appreciate that they included a Ghost Rider. However, Robbie Reyes is not THE Ghost Rider comic book junkies like me adore. The Ghost Rider I’m talking about is motorcycle stuntman Johnny Blaze, a man who was once desperate enough to do a deal with the devil. This cost him his humanity and his freedom, but he  became a literal spirit of vengeance with great power. A powerful and very nasty demon called Zarathos is the source of this power, as it bonded with Blaze to become a force of “good.”

He’s a unique kind of hero in the sense that he doesn’t exactly have the superhero look to him. However, his freakish appearance and abilities make him one of the most violent anti-heroes in all of comics. When Johnny Blaze becomes Ghost Rider, he is coerced into hunting the wicked and punishing them for their sins. Don’t mistake this for a pursuit of justice, however. Ghost Rider punished evil so the souls of the wicked can go straight to hell. His signature ability is the Penance Stare; once he locks eyes with his victims, he makes them experience all the pain they inflicted upon the innocent. Once he’s done, their souls are beyond saving. All of this is done at the behest of Marvel’s own version of Satan, known as Mephisto.

Mephisto is a villain I have long waited to see debut in the MCU. He’s the closest thing the Marvel Universe has to the devil and is loyal to no one but himself. This demon thrives on the suffering of others and when he’s in his own dimension, he’s practically unstoppable. As a villain, he has plagued many heroes and even villains, but the one that hates him the most is Ghost Rider. It was Mephisto who made a deal with young Johnny Blaze and tricked him into selling his soul. Blaze then became an unwilling servant to Mephisto and bonded with Zarathos, who was also forced to do Mephisto’s bidding. This makes Blaze one of Marvel’s most tragic heroes, but also one of their coolest.

Ghost Rider is a comic book character mostly associated with the supernatural, which is a new vibe the MCU can work with. He’s got a flaming head for a skull, wears a leather jacket, and continues to ride his motorcycle and use it as a weapon. Despite being an unwilling servant to a demon, it didn’t stop him from helping the innocent. Underneath all that fire and devilish influence, Johnny Blaze is still very much human. He’s a unique kind of hero, but what he can bring to the MCU is more than just another awesome hero. Speaking of fire, he’s not just another guy that can light things up like The Human Torch. What he controls isn’t just fire, but hellfire. What separates this from regular fire is its ability to burn not just people, but their souls as well.

The source of Ghost Rider’s powers originate from Marvel’s version of Hell, which is something we haven’t seen yet in the MCU. The Johnny Blaze version of Ghost Rider appeared briefly in Agents of Shield to consult Robbie Reyes, but that’s where his MCU history ends. I assume it’s because Marvel intends to save him for much bigger project, but his debut should include more than just his flaming skull. Perhaps his chances for having another solo movie is slim, but that doesn’t mean he can’t have an impact in someone else’s movie. If I had to guess, I’d say the Doctor Strange sequel would be the best opportunity for that.

The Multiverse of Madness will apparently take a more horror-like approach, which is unexpected for the MCU. If you want a horror element in the MCU, how can you not include Ghost Rider? If he makes his debut, then Mephisto won’t be far behind. Introducing him and his realm will definitely expand the boundaries of the MCU as a whole. Just think about where all the evil MCU characters went when they died. If there’s a particular dead villain you wanted to see again, then they’re probably lurking somewhere in Mephisto’s realm. Doctor Strange has ventured to his realm to battle the demon before, and was even accompanied by Doctor Doom. There is some bad blood between Doom and the demon, and it led to some uneasy alliances. This enmity must be shown in the MCU, because it can lead to a Doctor Strange and Doctor Doom team-up.

Every fictional universe needs some kind of underworld for the dead, and adding Ghost Rider to the MCU can introduce that element. The amount of character who can follow Ghost Rider into the MCU is a wild variety of the supernatural and the outlandishly grotesque. Ghost Rider will stand out like the fattest elephant in the room among the other MCU heroes, but he will be their greatest ally in their battle against demons. Plus, he just looks awesome.

Now who exactly should play him? Some fan art of Keanu Reeves has given some fans hope, but I honestly don’t think he’s the best choice. Personally, I think Norman Reedus is best suited for the role. He has plenty of experience playing tough anti-heroes, but on top of that, he’s a motorcycle nut. His AMC show, Ride With Norman Reedus, shows how much he values his bike and the freedom it brings him. You can have a man of talent play Ghost Rider, but if he doesn’t look cool while riding a motorcycle, he doesn’t fit. That’s where Nicolas Cage failed, and it’s where Norman Reedus can really shine as the character. Unfortunately for him, he’s a man of talent and makes riding motorcycles look like the greatest experience ever.

Is anyone else game for seeing Ghost Rider and his demon friends join the MCU? It’s time for him to move beyond the Agents of Shield cameo.