Home
Movies
Why “The Thief of Always” Should be a Movie 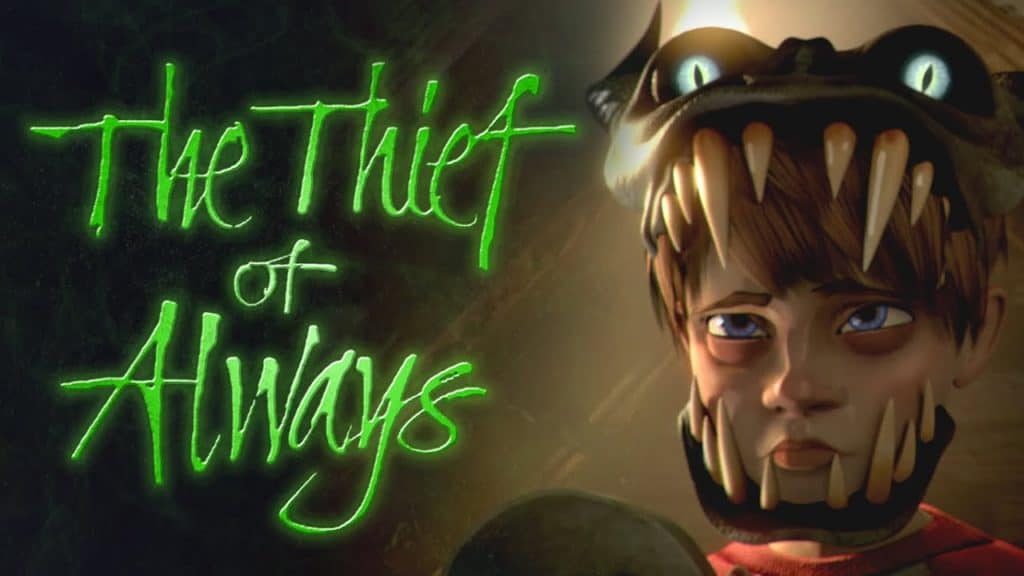 It’s definitely possible that someone has made a representation of this book already, but there is word that a movie might be on the way that will show the book in its entirety, or close to it at least since Hollywood tends to alter one story after another for one reason or another. But The Thief of Always is a story written by Clive Barker that features a young boy, Harvey, who tires of the unending pace of life and the idea that he can’t appear to change anything or convince anyone to change. It’s the same thing that a lot of kids might gripe about when they’re young and don’t understand why repetition is important at times. But when a character named Rictus comes to visit Harvey and tells him of the Holiday House, Harvey eventually agrees to visit the home, and what he sees is so enticing that he ends up spending 31 days at the house. Every holiday of the year is experienced in a day at this house, and the kids are allowed to eat whatever they want, including candies and sweets of all types that keep them happy.

The benefactor, Mr. Hood, is someone that’s never seen, but there are several other characters around the home that are somewhat shifty and mysterious, which leads Harvey to be curious about the place and the people. Eventually he finds out that Mr. Hood has sucked the souls from many of the kids that he’s lured to the house, and they have in turn become fish in the lake that sits near the home. Along with Wendell, another kid that Harvey meets in the house, Harvey escapes from the house through the same mists that brought them there. When they emerge, however, they find that a year has passed for each day that was spent at the Holiday House, meaning that Harvey and Wendell’s parents are far different than what they remember.

An attempt to find the house again proves useless as Harvey’s parents figure that they have to do something about the Holiday House. But when Wendell and Harvey make their way back to the house, Wendell falls under the spell cast by the illusions that Mr. Hood is responsible for, but Harvey refuses. Mr. Hood is so impressed by this that he grants Harvey a wish, which turns into his downfall as Harvey wishes for all the seasons at once in order to force Mr. Hood to expend his energy, thereby destroying the Holiday House. But the fight isn’t over at that point since Mr. Hood fashions a new body from the remains of the house and offers Harvey another chance to join him, which Harvey refuses. Eventually, Mr. Hood is drawn into the lake as it turns into a giant whirlpool that sucks him away and out of sight. There is a big moral to this story, which is why it would be a great kid’s movie or a streaming movie that might be great for kids and adults alike since the visuals that are able to be taken from the book are amazing. The movie that was supposed to happen has been in development hell for a while it sounds like, but it also sounds as though Barker is hopeful that it will be making its way to being finished at some point.

The special effects that could be used for this movie feel as though they might be amazing if the right person gets a hold of it, and if the right team is put on creating the Holiday House and Mr. Hood, as well as his subordinates. This kind of tale is one of those that a lot of kids might identify with since like it or not, at a young age the world feels like it’s going at a crawl since we tend to want to do everything right now and reap the benefits, or perhaps just reap the benefits without the needed work. As we get older we realize how fleeting time really is, and how it needs to be treasured and treated with a great deal of respect, since otherwise it’s bound to slip through our fingers and be gone before we look down to notice.

One big reason why this book should get the movie treatment is that it’s able to be enjoyed by a fairly wide audience since there’s no doubt that adults will be able to relate to this story just as much as kids will. For that reason alone it’s bound to be one of those that manage to get some attention depending on how well rendered it is since the unfortunate part of taking a book and making a movie out of it is that there’s always the chance that the message could get taken way out of context. But this would be worth the effort.