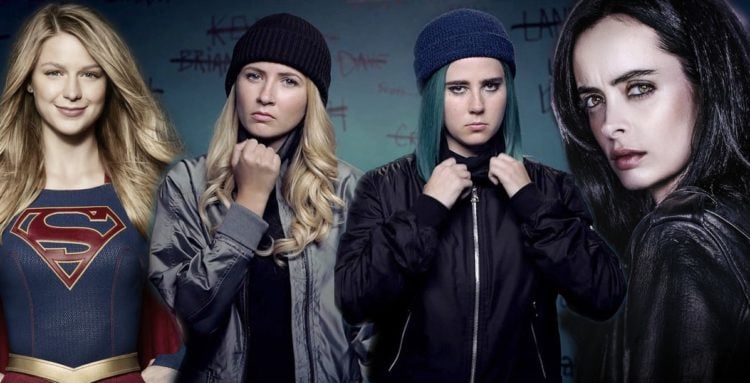 Sweet/Vicious was a series that debuted on MTV in late 2016 and was unfortunately cancelled in 2017 after its first season had wrapped up. A lot of fans didn’t fully understand why a show such as this would get the ax so soon and were a bit distraught over it. Unfortunately while the fans and even the critics praised it over and over the number of viewers didn’t really do much to save the day since it kind of failed to impress enough people or even get noticed by enough to make it worthwhile. The message of the show was great, it was something that a lot of people could get behind and despite the vigilante nature of the two female leads it was a topic that has affected numerous people around the world and was worth putting on the air if only to test it out. Perhaps one day we’ll see it come back, but for now it seems to be that it won’t be making a return trip.

The ratings were never that great.

You would think over a hundred thousand people watching a show would be enough to keep it on the air but you’d be wrong apparently. In this day and age you need several hundreds of thousands sometimes just to make mention of being given another season, and millions to be anywhere near a sure thing. As much as people do care about the issue that was being brought up and the solution that was being given to handle it, not enough folks tuned in to make it worth the while of the studio to keep it going. That’s too bad really since it seems that the message it was sending was a bit mixed but still far more akin to what people have been wanting to say and possibly do for some time when it comes to the subject of sexual harassment. It’s not to say that people should start going out and becoming vigilantes in order to stamp it out, but the idea is one that seems to say that someone needs to stand up and do something since too many people are doing absolutely nothing.

It has potential to come back if that’s the desire.

There’s still a lot that can be done with this show if the chance is ever given again. Right now it seems like it’d still be up in the air whether MTV wants to give it another go or would be interested in releasing the rights to someone else that might be able to do something with. The potential for development with this show is so great that leaving it to sit for too long until it’s forgotten seems like it would be a sin and a horrible blow to the cause that it champions in its own way. People were obviously more than a little disappointed that a show like this, which was boldly confronting a very real-life issue, would be taken off the air so abruptly without being given a chance to keep going. It goes without saying that there are a lot of different networks, writers, and directors out there that would be willing to give this show another chance if they could get their hands on it and make it into their own. The untapped potential for another season and perhaps another after that is simply too much to just let it sit without doing something.

It tackles a very sensitive subject

Sexual harassment and misconduct of all sorts has been rampant now for a long time but women took a major stand as of 2017 and this show was right there to pick up on the idea and really run with it. Whether women were starting to give voice to their grievances and what they’d been through before or during this shows run would be interesting to know, but the bigger point is that it allowed women to feel a little more empowered as it was an outlet for the kind of feelings and desires that a lot of women, and a lot of people, have felt should be happening in response to the many crimes that have been committed against women for so long. Some might argue that it perpetuates more violence and a sense of hatred towards men that isn’t entirely necessary, but this isn’t the point of the show. The point is that women deserve to feel safe in their own skin and within their surroundings without having to wonder if they can protect themselves or if they’ll have to find ways to ward off attackers should they be approached by someone that wants more than a polite conversation.

It might be time to bring this show back to be honest.