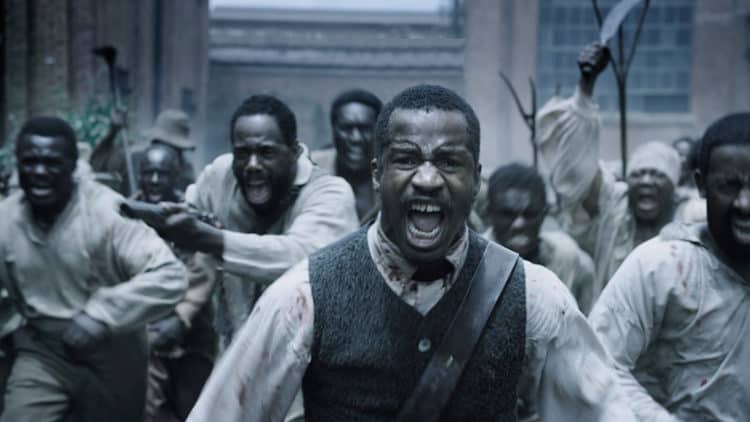 The Birth of a Nation is a controversial film. Originally, the feature came out in 1916 and it was deemed one of the most racist films ever made. As Cinema Civil Rights author Ellen Scott stated, “The film is one of the most racist films ever made. Maybe the most racist film ever made. This film actually depicts lynching as a positive thing. The politics of the film was essentially to say, certain black people are worthy of being. In that sense, it’s extremely racist.” Despite the historical inaccuracies within the film, DW Griffith proudly stood by his controversial feature, and Birth of a Nation actually saw success during its time in theaters. Hundreds of years later, Nate Parker updated the film for modern audiences, though the 2016 feature did a stronger job of depicting American History and wasn’t panned for being racist. The Birth of a Nation seemed prime for awards season, garnering a decent 73% score on rotten tomatoes and drawing some buzz within the movie world.

However, most executives care about one thing: money. Luckily, The Birth of a Nation was a relatively cheap project as it was only made for $8.500 million, yet it only made nearly $7 million domestically during its opening weekend. By the end of its run, the 2016 feature made doubt its budget back with $16.80 million worldwide. Though The Birth of a Nation made its financial profits back, the studio and executives still considered it a huge disappointment. In fact, 20th Century Fox canceled the planned release of The Birth of a Nation in Japan, Switzerland, Norway, Finland, Denmark, Austria, and Latin America following the lackluster box office return. So, what happened? With the Oscar buzz sparking interest in this film, The Birth of a Nation should’ve done better at the box office. Let’s examine the reasoning behind the financial failure of the 2016 remake.

In 1999, Nate Parker and his writing partner for The Birth of a Nation, Jean Celestin, were both accused of rape. The latter was found guilty; however, Parker was acquitted. Though Celestin’s conviction was overturned in 2005 because the accuser opted against testifying. When The Birth of a Nation was released, the case was put into the spotlight once again, especially since the 2016 feature had a brutal rape scene. As you can imagine, the PR run for Parker was a nightmare as the conversation always turned back to the rape allegations. Gabrielle Union, a rape survivor, publicly denounced her own film because of the troubling accusations and the Oscar buzz dwindled due to how big the controversy took over the film’s buzz. There’s no denying that the film suffered because of the negative light going into the opening weekend. To make matters worse, the victim committed suicide back in 2012 mainly due to the trauma she suffered following the heinous crime, according to her brother. That aspect of the case sparked so much hate towards Parker and Celestin despite the former being proven innocent regarding the subject matter.  Various actors and even former members of Penn State tried to defend both men, but many citizens couldn’t overlook this touchy subject. Public opinion can often triumph when it comes to matters of this subject. The rape allegations ruined any chance that this film had at receiving an Oscar nomination, but more importantly, most of the audience members didn’t want to support the two men at the center of the alleged crime.

The Controversy Of The Birth Of A Nation Didn’t Help

The history of Birth of a Nation just isn’t a good one. The only reason most moviegoers remember the movie is due to the fact that it’s deemed highly racist by many. While there’s plenty of modern filmgoers who didn’t have the slightest clue over what happened over 100 years ago, The Birth of a Nation targeted an older audience, thus these types of moviegoers are likely aware of the history behind the film. It sounds crazy that The Birth of a Nation was judged for its negative past since the film doesn’t even come close to being a racist and offensive feature like its predecessor, but the name likely swayed the older audience to stay away from the Nate Parker vehicle. The Birth of a Nation isn’t meant for mainstream appeal, it’s a historical rated-R picture that’s more of an Oscar bait type film. With its awards campaign smeared due to the rape allegations popping up once again, the chances of the film getting a boost thanks to awards attention faded.