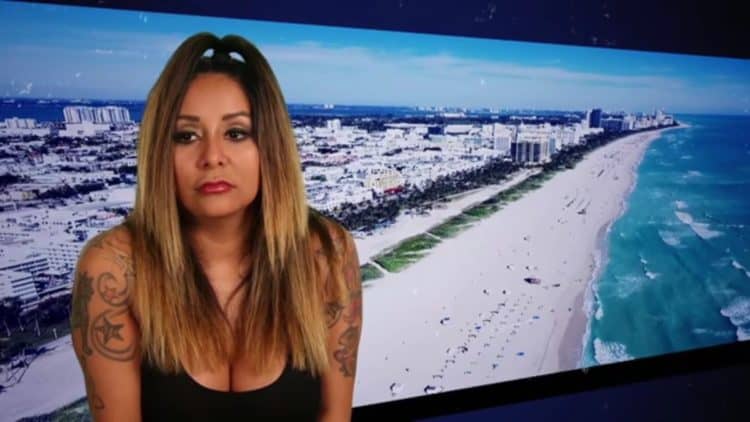 Although it may be hard for some people to believe, it’s been more than a decade since the world was introduced to Nicole ‘Snooki’ Polizzi and the rest of the cast of Jersey Shore. In the years since the show’s debut, a lot of things have changed. One thing that hasn’t, however, is the fact that Snooki is a fan favorite. Her still personality and adventurous spirit has made millions of people from all over the world fall in love with her. With that being said, lots of people were disappointed to find out that Snooki wouldn’t be returning to Jersey Shore: Family Vacation for season four. So why is Snooki no longer a parter of the show? Keep reading to find out why Snooki isn’t back for season four of Jersey Shore: Family Vacation.

What’s The Deal With Snooki?

Snooki not being on Family Vacation definitely changes the dynamic of the show. But her absence is something that fans have to get used to if the show gets renewed for another season. When news initially broke in the summer of 2020 about Snooki’s departure from the series, she revealed that there was one big reason why she wouldn’t be back: drama. If you tuned into season three of family vacation, you may remember that there was lots of issues surrounding a speech Snooki and the rest of the girls gave at Angelina Pivarnick’s wedding.

The speech turned out to be more of a roast session with Angelina in the hot seat. Viewers (and wedding guests) couldn’t help but feel that the whole thing was a little cringey. After the episode, Snooki insisted that the speech was never even supposed to happen.

During an episode of her podcast Snooki said, ” I literally told producers, ‘I’m not going to do a speech because I’m not comfortable doing one; I don’t think we should be doing one. I said We’re not going to make a mockery of this wedding’ and, of course, we were forced to do something we didn’t want to do.” She continued, “I literally said ‘no’ like ten times. Even though MTV paid for Angelina’s wedding fully and it was the final episode of the season, of course, they wanted it to be crazy with all of us there. Her sister was the maid of honor, and I felt she should do the speech.”

Regardless of whose idea it was, the speech stuck with Snooki, Deena, and J Woww. The backlash resulted in Snooki wanting to have nothing to do with the show. Drama isn’t the only reason Snooki decided to leave the show, though. She also wanted to spend more time with her husband and three children. Based on her recent activity on social media, Snooki seems to be perfectly fine with not being on the show.

Is Snooki Done With Reality TV For Good?

Despite the fact that she is no longer a cast member, there are lots of fans who are still hoping she’ll make a surprise appearance during season four. Having her pop up in an episode or two would definitely be a pleasant surprise. Even if that doesn’t happen, there’s still a good chance we haven’t seen the last of her on our TVs. After all, Snooki is a fixture in the reality TV world at this point. According to Cheat Sheet Snooki said, “I’m not done with reality TV. I still want to do other things. I actually have like five shows I am trying to get MTV to do. Either way, you are still going to see me, but just not on Jersey Shore because I can’t handle that shit anymore. It’s cray-cray.”

Snooki didn’t go into any details about the type of show ideas she’s pitching. If there’s one thing we know about her it’s that she’s entertaining. No matter what she does, viewers can rest assured that it’s going to be fun to watch. Maybe she’ll get the chance to do a show about her life as a wife and mother.

What To Expect From Jersey Shore: Family Vacation Season Four

Jersey Shore fans can rest assured that even without Snooki, the show has maintained much of its essence. There’s still plenty of drama to go around. Viewers will also get to see the cast in a much more mature light. There are some new relationships in the shore house and they will likely play a big part in the storylines throughout the season. Those who are on the fence about watching without Snooki will likely enjoy the show anyway.