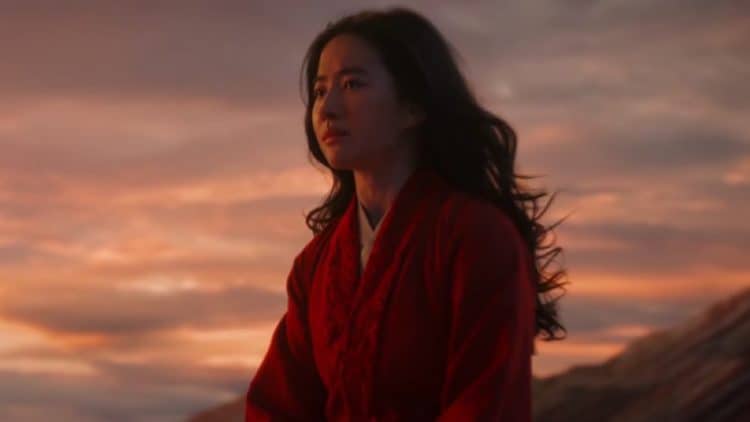 It’s pretty easy to see how the new live-action Mulan bummed out quite a few people that were hoping to see something along the lines of one of the other live-action Disney movies, which actually featured singing. From Beauty and the Beast to Aladdin the movies have featured the favorite songs of many people that can remember watching the animated versions. But the explanation for the lack of song and dance in the new live-action Mulan is pretty simple, it wasn’t though that it would fit with the overall story, and this could be accurate. The storytellers were attempting to give a more realistic rendition of the Chinese folk tale, and yet it still feels as though they tripped over their own feet in the attempt. The reason for saying this is simple, people were wanting to see something of a spectacle such as the animated version managed to deliver, and with the tales that Disney has pushed when it comes to live-action, it’s easy to think that it should have been possible, especially considering that the movie apparently still has a few moments that deviate from reality. The omission of the songs, and especially of Mushu, has really turned a lot of people off, though obviously many people were still bound to watch the movie just to see if it was worth the extra $30 on Disney+. Sadly, some people have claimed that it wasn’t since despite being told in a manner that’s far more realistic, in some regards.

If there’s one thing that needs to be stressed, even if it should be known to pretty much every director that takes on a Hollywood movie, it’s that fans are insanely fickle. The moment they’re not given what they want to see is when they form a wall labeled ‘bias’, which will keep quite a few of them from liking anything that isn’t in line with what they wanted. Some might come around if they’re given reason, and others might relent if they see something that can take the place of that which they were missing. But it’s a struggle that every filmmaker should know fairly well at this point to change the minds of an audience that were expecting one thing and were given another. With Mulan, it does feel as though this might have happened with several people, but the desire of many fans when it came to their favorite parts of the animated movie is just too strong to discount and toss away. The whole explanation of ‘that story’s been told’ is an excuse that has been used more than once in previous years, and it’s become a shield of sorts to hide behind when filmmakers are attempting to come up with something new. New stories and a new direction are almost never a bad thing since they offer a different look at something and a chance to enjoy it in a different manner. But try telling the fans that without having a way to back it up and the results will vary from one audience to another.

There’s a certain hypocrisy to this movie since obviously, they wanted to stay away from the fantasy aspect, and yet they continued along with it in a different form, eschewing an entirely realistic story for something different that some enjoyed and others didn’t care for quite as much. The animated feature was definitely over the top when it came to the legend of Mulan, but it was entertaining thanks to the celebrity voices and the overall feel of it since it was indeed about the tragedy of war and the need to prove oneself, but it wasn’t so patronizing that people couldn’t help but grimace. Movies have changed quite a bit since that time and despite not wanting to mention it that much, the ‘woke’ feeling that people are attempting to inject into some movies is doing just as much harm as good since like it or not, much like sports movies are an escape from the real world, a chance to get away from the tired old arguments and ideas that we tend to deal with on a regular basis. But as is pretty common, filmmakers want to have their say as well and will continue to put such content in their movies for as long as they’re able, which means that if there’s ever a chance to make their views known and their feelings stand out, it’s going to happen. Mulan might not be the most strident of cases ever made on the big screen, but it’s definitely among those that people are trying to make.

Despite the lack of songs within the movie it has been seen that some folks did take to it quite well, while others aren’t too surprised at their own reaction considering that they weren’t expecting much.