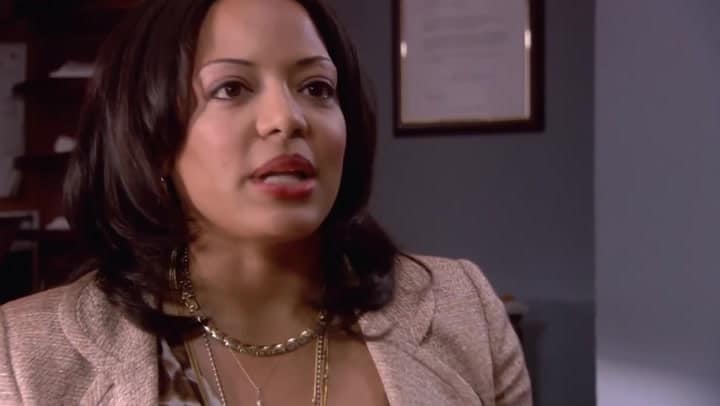 It’s tough to find a lot of saints when it comes to sifting through the character profiles on a show like Dexter, but one of those that a lot of people were actually glad to see go was Maria LaGuerta since while she had plenty of development and a character arc that infuriated and annoyed a lot of people, she a needed antagonist that was supposed to be a protagonist. Explaining this character in great detail would take a while, so let’s just say that among all those in the show that connived and plotted to get their way when they wanted it, Maria was one of those that knew what she was doing was wrong and lamented it, but only after she’d made a mess of things. That’s typically the way of things on TV, in movies, and in real life, that a person is only sorry once they’ve managed to get something out of their system, but it was habitual for Maria since she was a rather cold individual when it came to her career and how far she could take it.

Trying to pick a single character out of the show that’s the worst was kind of difficult, but when fans actually cheer the death of a character, it’s kind of hard to not pay attention. It’s not exactly recommended to wish harm upon anyone, be they fictional or real, but there was obviously something about Maria that a lot of people didn’t like since a lot of fans weren’t too broken up about the death of her character. It might sound pretty wicked to think of, but sometimes a character is kept around for a solid reason until it’s time to let them go. The fact that Maria knew who Dexter was and what he’d been doing was a pretty good reason to take her out. But the fact that it was Deb that did the deed is kind of cold, but necessary since she was protecting Dexter.

When it comes to really deciding who was not that bad and who just needed to go, Dexter is a confusing show since there are good people, but they don’t always factor into the main thrust of the program to be honest, since Dexter is a program where the shadows are more interesting than the light, in a manner of speaking. Dipping your toes into the pool in this show isn’t enough if you’re really going to get into the whole idea of it, you really need to dive in and see what lies within the murky depths. I know, stop waxing on and on and get on with it, but the truth is that Maria was one of those that was firmly immersed within the darkness that pervaded the Dexter series, but often acted as though she was the beacon shining in the dark when in truth she dimmed her own light by doing shady things when it suited her while turning it on full strength when she had an appearance to keep up. In other words, she was a massive hypocrite that didn’t know when to give the act a rest and just be who she was.

There are plenty of fans that would argue against this idea that Maria was the worst, especially since she was a part of the police department, but if anyone’s paying attention, some of the most crooked people happen to be a part of law enforcement when it comes to pop culture. Just because someone is able to carry a badge and a gun legally doesn’t mean that they’re going to be the type of standup individuals that everyone thinks they are. A lot of cops in various shows and movies have their own issues since it makes them easier to relate to and in the end, makes them look like the fallible human beings that they are in real life. But with Maria, the fact that she was such a cold individual that made mistakes and then expressed regret over them, later on, made her human, but it also made her kind of a garbage human being since she, the character, was in the life for what she could get, not for what she could do for others.

It’s an easy enough point to debate and it would be expected since some folks are bound to point extenuating circumstances while others would be a little more hard-nosed and say that she finally failed to outrun the karmic justice that caught up to her. Plenty of people don’t believe in karma or what it can do, but writers happen to know that it can flow through pretty much anyone at any time and deliver a bit of much-needed justice in a manner that is highly impactful or simply makes for a good show.