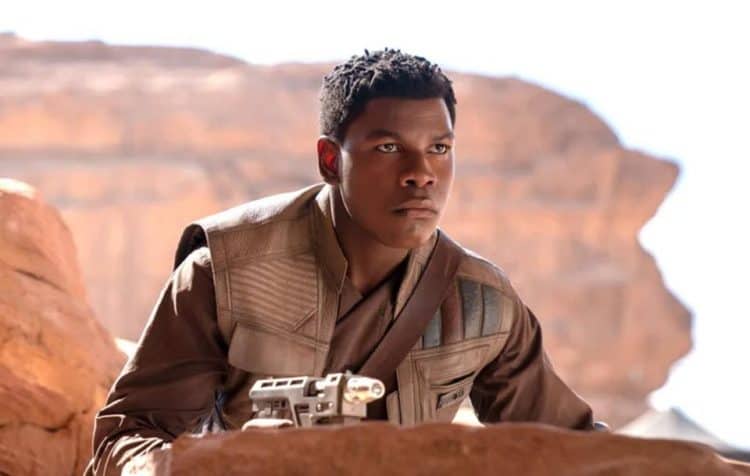 There’s a lot of agreement with the idea that the character of Finn took a backseat role once The Force Awakens was over and done with and The Last Jedi fired up, and by the time Rise of Skywalker came around it felt as though Finn was relegated to the role of sidekick, though if his role was seen as that prestigious then it would have been a surprise. In any case, John Boyega is saying farewell to the Star Wars franchise, and there have been a lot of different responses to his announcement since some folks are going to miss him and others tend to believe he was a flash in the galactic pan that could have been great had he decided to come back. In all fairness, the audience was introduced to Finn in a way that suggested that he might be far more important than he turned out to be in TFA, but after that movie, he appeared to fade into the background a bit until his character was needed once again. Finn was a valuable character more than once, but again, when he was needed, not necessarily as his own, distinct character. In a big way, he was part of the plot in TFA, and then by the time the next movie came along, he was just another element of the story that was only meant to stand out when the director felt the need to utilize his character. Seriously, his fight with Phasma could have been a lot more knockdown, drag-out than it was.

Unfortunately, part of the problem comes from a big lack of unity between the directors, since J.J. Abrams obviously had one vision and Rian Johnson had another. Finn was nearly a great character, but like a lot of Star Wars personalities he was introduced, used, and kept around, but he wasn’t allowed to shine once the story really got going. Eventually, it would be Poe, Leia, and Rey that took over, leaving Finn trailing behind. It doesn’t sound as though there are any hard feelings, however, as Boyega is moving on and ready to see what will come next, so there’s a positive to moving forward. He’s dished about the supposed inequality in the movie industry and he’s even gone on to state how it’s affected Star Wars, but one thing about this is that Star Wars is a massive franchise with the opportunity for a great many stories to be told. Tapping the right person for the job is what it would take, and the supposed lack of diversity is more or less bound by the idea of who wants to work and who doesn’t. There was a call for more women in Star Wars, the current trilogy had that. There was a call for more women in positions of power, the current trilogy achieved that. There was a call for more diversity in cinema, and that’s been ongoing for a while now. Boyega speaking out on these issues is great and all, but one wonders if anyone is really looking around at this point and seeing that the diversity is actually HAPPENING.

As far as Boyega’s time in the trilogy, he will be remembered and he’ll be more than just a footnote since he played an important character that helped to bring down an Empire that was on the rise again. But apart from that he might be seen as a little more important than Captain Panaka from the prequels, largely because he was there, he made a difference, and he was a prominent character. But sadly he was kind of shoved aside once the female lead came to play. Let’s face facts, people are going to talk, and talk, and talk about Star Wars for a long time. Whether they politicize the motives behind using certain characters or keep it localized to the franchise and attempt to explain why some characters get more play than others, it’s all going to boil down to personal opinion and self-interest when it comes to justifying some decisions and vilifying others. At this point what we can say is that John Boyega was a part of something great or something that was meant to be great, and he stuck it out for three movies in an effort to make the current trilogy something that people would remember. Obviously that last part is going to happen in a good or bad way depending on how people feel about the trilogy, but the important part for Boyega is that he’s moving on and will seek success post-Star Wars just like a lot of people have done throughout the years. Hopefully, he’ll be one of those that will find that his career isn’t going to be defined by his role as Finn, but time will tell.