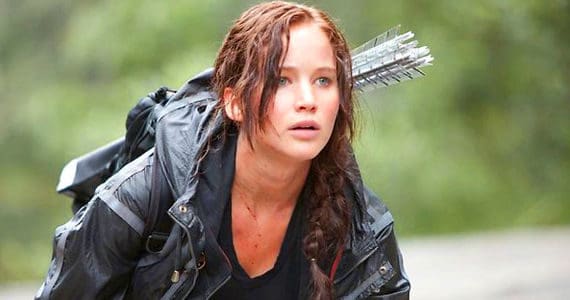 There are a number of reasons why some actors simply pack it in and stop acting for a while, but the reaction of the fans when they hear this can vary since it usually depends on why the actors are taking time off or leaving completely. Those that cite that life is getting too hard don’t often get a lot of sympathy since making millions for acting, no matter how hard it can get, is kind of tough for a lot of people to empathize with. But there are those that leave for other causes that are seen as inherently positive by many people. For instance, Jennifer Lawrence left acting for a year to work with Represent.Us, an anti-corruption organization that attempts to get the youth of the nation involved at the political level. That sounds like a pretty worthy cause and something that people should be able to get behind. Taking a year off acting for such a pursuit would be seen as quite noble by many people since she’s been keeping herself involved in matters such as this for a while. Others might want to differ in their opinions however since not only does Lawrence have the influence and the money to take time off of work, but the fact that would be returning to acting tends to mean, to some folks, that her dedication to the organization is a part-time thing and that one year out of her career shows that she’s willing to make a show of support that will earn her points with her fanbase.

If that sounded a bit asinine to read then believe me, it sounded a bit asinine to write, but it makes the point that some folks aren’t satisfied with the idea of actors taking time off to do something worthwhile with their time, since a lot of folks still believe that anything that celebrities do away from the camera is a publicity stunt that doesn’t mean much, apart from making them appear to be decent people. It’s true that some celebrities make a show of being good, humble, and decent when in truth they can’t wait to retreat to their mansions or their vacation homes to sit around being rich. But there are celebrities that are actually decent people beyond the camera. Another truth is that Jennifer Lawrence has been seen as kind of a snob that makes poor choices and doesn’t really care what the fans think of her. That sounds horrible, and not at all the kind of person that people should idolize, doesn’t it? Well, like all things, there is an explanation.

For one, celebrities do get a bit uppity at times it would appear, yet sometimes they do have every right since society does hold them to different standards at times. While they’re definitely among the exalted members of society, actors are also human, and much like their fellow humans they make mistakes, and they say things that make people like them a little less. The difference here is that an actor tends to get away with since they’ll typically have hundreds to thousands of fans that will forgive and defend them to the bitter end. But being human, some of them at least will make amends and do what they can to get back in the good graces of their fans. Lawrence is one of those that has apparently decided to simply do what she does, and whether or not people support her doesn’t matter any longer. It’s easy to support this sentiment even if it’s not as easy to support the person making it. Personally, my own philosophy is to enjoy what they provide in the way of entertainment, and when it comes to actors treat them like anyone else, either agree with what they’re doing or don’t, but don’t bother holding them to a different standard. They’re human, they will make mistakes and they will eventually pay the price for them or learn from them, or both.

As far as taking a year off of acting to pursue something else that means something to her, Jennifer Lawrence has this right just as much as anyone would. Being impressed by it is up to the individual since claiming that she’s not working and therefore not earning money is kind of laughable since she has no trouble getting roles and has amassed a fortune through her various roles, so financially she’s as sound as she could be and might not have to work for even longer if she lived within her means. The point in all this is that while Jennifer Lawrence did take a year off to make a difference in the world, it’s impressive in that she took the time to do this, but it’s less than impressive when one attempts to speak of her ‘sacrifice’, since very few people could do this and be as financially comfortable as she is.