Home
Television
Why It’s Time to Bring Back Danny Phantom 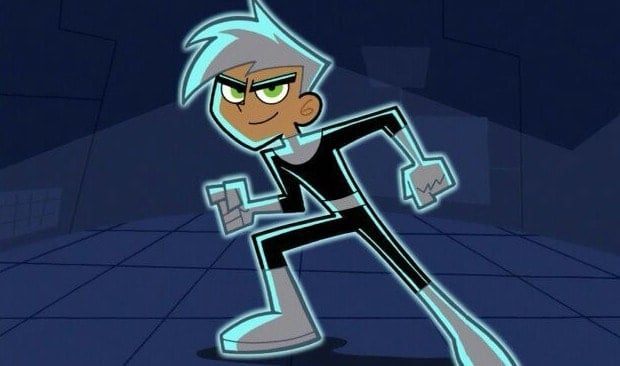 Danny Phantom was a cartoon that seemed to be a little ahead of its time it would seem, but for the three seasons that it lasted it was pretty well-received and was nominated for several awards. It might be time to bring this cartoon back though if Nickelodeon could be convinced that it was a good idea. If not then perhaps the rights could be bought out and someone else could take the reins and find something that could be done with it. The story itself is very compelling since for a kids’ story it does seem kind of dark at times but also very engaging as well as action-packed and able to hold the attention of adults as well as kids.

According to Padraig Cotter of ScreenRant a script for a live-action Danny Phantom show does exist, but so far it doesn’t seem as though anything is really being done with it. That seems to be pretty standard when it comes to bringing back anything that the fans happen to like. But it also seems as though the creator of DP parted ways with Nickelodeon a while back so it’s also a matter of who owns the rights to the character and whether or not Nickelodeon could really pull the trigger on bringing the show back or turning it into a movie. Right now that particular question is still up in the air, meaning it’s reached that level of development hell that many stories never manage to get out of once they’ve taken up residence. That’s too bad really since the story of DP is actually well done and engaging enough that it should be given more consideration. But as we’ve seen in show business at this time a lot of ideas seem to center around milking those tried and true success stories that have been lying around for a much shorter time until the audience grows tired of them and demands something new.

Danny Phantom isn’t exactly new, but he does have the kind of story that might be great to pull from the archives once Ghostbusters 3 starts its inevitable roll towards the theaters. Being that Danny is half-human, half-ghost thanks to the accident that gave him his powers it seem as though his story might be a perfect one to bring out around the same time as the iconic franchise, either before or after. As of right now it doesn’t seem as though Nickelodeon has a lot of faith in bringing the cartoon back as a regular TV show, which means that it could be lost to the archives for a while unless someone can drum up the kind of interest that would make the higher-ups take notice and finally do something with the story that would make it reach the kind of prominence it needs to really get to the audience.

Peter Carboni gives plenty of reasons why people were absolutely in love with Danny and even these can act as reasons to bring him back for a movie or a show. For one he was a very easy character to relate to since despite having super powers that made him so different he was still a kid and as such kind of had to to contend with the world around him and the act of growing up throughout the whole superhero thing. His parents were ghost hunters, so it was absolutely necessary to keep his powers a secret from them, and yet other ghosts sought to harm him as well, which made his life even harder since he eventually became the savior of both worlds and was bound to try and help those that he could. In many ways Danny was the kind of character that many people might turn out to be if they were given the same power set, in fact he even had to defeat his evil self in the past.

Despite being pulled after only three seasons it would seem that many people would love to see Danny Phantom make a roaring comeback either to TV or to the big screen. Whether we’d see him as he was back then or as the creator’s artwork showed him ten years later is hard to say since it would be up to the people at Nickelodeon to keep the continuity and somehow adhere to what the people want to see, or at least what they think the people want to see. It almost feels as though making this cartoon into a movie might risk tearing it apart largely because even in three seasons there was simply too much to put in without making it into a three-hour movie or a miniseries. Making it into a show would be easier to continue, but it might not be the way that those in charge want to go.