Home
Entertainment
Why Harry Styles Would Make a Great Starfox 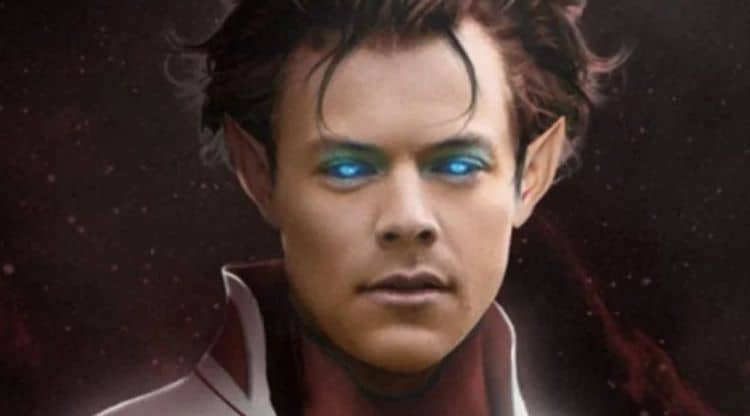 The reason why Harry Styles might be the perfect Starfox has to do with the fact that he looks young enough and that he’s a very handsome man who happens to be in good shape, two very big qualities that would be needed for this character. On an even deeper level though, Starfox, whose real name is Eros, has been kind of a creep in the comics at some points since the ability he has to charm others around him has made it possible for Starfox to plant suggestions in peoples’ minds and he’s used this to his advantage with the opposite sex. A lot of people probably already know by now that he and She-Hulk had a bit of an amorous moment, but while She-Hulk though that Starfox was using his wiles against her it was revealed that he wasn’t, meaning that she was just taken in by his natural charm, not the special qualities he possesses to convince people of just about anything. Comic fans will also know that She-Hulk beat the living hell out of Starfox on a couple of occasions as well, so he did get a bit of payback for just being who he is. The truth about Starfox is that he’s a bit of a player that likes to move around and is pretty restless most of the time since he’s not nearly as dedicated to being an Eternal as many of those around him are. He wants to have a good time and do the right thing, which he does do on occasion since he’s been an Avenger and fought by their side more than once. If he was to be brought in as an Avenger at this point it might be kind of interesting.

A little take on Starfox (Eternals) @Harry_Styles – Now my nieces can't say I never made a Harry piece 😅 pic.twitter.com/Xc5vM8zBxI

But bringing Harry Styles into it would be interesting as well since one can only imagine that more new faces are going to be brought in as the MCU continues forward, and there are so many different characters that Marvel can use that it’s very likely that they won’t run out anytime soon. If death turns into a revolving door in the movies as it’s done in the comics though it could spell a rather quick end since bringing characters back to life is admirable at times, but after a while, it can be troubling since it would mean that no one would ever really die and that the consequences of, well, anything, just wouldn’t matter. So far the MCU has been good about letting people stay dead, but we’ll see how that works out in the next phase or two. In the meantime, it’s definitely time to start introducing various characters that many people have been wondering about in order to widen the landscape when it comes to the MCU and possibly bring in a number of faces that people have been wanting to see for a while.

Starfox is actually a powerful character when it comes to his Eternal status, but unlike many of them, he’s not really devoted to the same kind of things that make a lot of them heroes. He’ll stand up to the bad guys when he feels the need and he’ll fight alongside other heroes, but quite often he’s more interested in living a hedonistic lifestyle and isn’t really focused on bettering himself since as an Eternal he’s essentially immortal and doesn’t need to worry too much about much of anything that he doesn’t want to. He’s one of the few characters that just kind of flits about and does what he wants, but he’s done enough throughout his history in the comics to be spoken of with some praise. It’s simply too easy to look down on him since as some would point out he does give off kind of a creepy vibe since he does have the ability to convince anyone to do just about anything and the one thing that many people fixate on is the fact that he can get any woman into bed whether she starts out hating him or liking him. Seriously, that’s what people focus on when they think of Starfox, especially since he was able to get frisky with She-Hulk, who isn’t exactly picky when it comes to her bed partners if anyone looks at her comic book history. But putting that all aside he would be a fun character to bring out since he could fit into a number of different stories and he would actually be a great character to have around.

He’s not the greatest character out there or even the most powerful, but he’s someone that would increase the drama and add to any situation and possibly help advance a storyline if he was given the chance. Apart from all of that, he’s just one more name to consider out of the many that people would like to see.