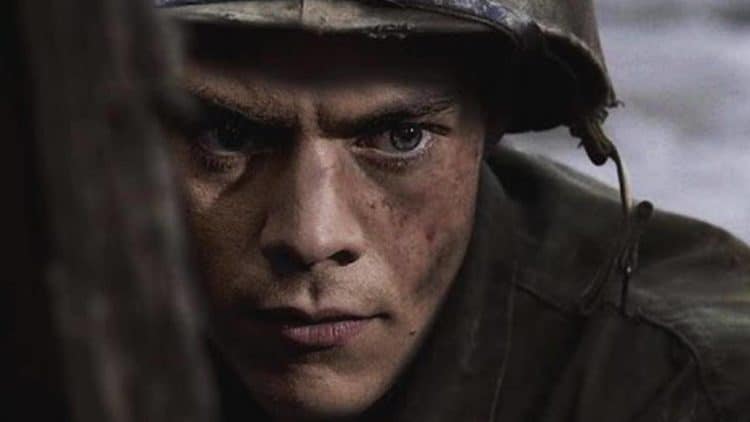 There’s an upside for Harry Styles turning down the role of Prince Eric in The Little Mermaid, and that’s the fact that the Twitterverse imploded for a few moments in a glorious burst of frenzied embarrassment that was caught by Syd Robinson of BuzzFeed. That’s enough to get a good chuckle that can last for a while now when one considers just how many people went spreading the rumor that Harry was going to be taking the part. It’s true that we too said that he was going to take it, or that he looked as though he might get it without a fight. But truthfully we’re not about to cry over it since the chances of being accommodated thanks an opinion these days is next to nil, so we accept it and move on. It’s kind of a guilty pleasure really to see Twitter users with that dumb look of shock in their eye when something they felt was a sure thing suddenly isn’t quite so certain. Even now I’m chuckling since it’s just too good to pass up.

It would sound as though Styles hasn’t really given a reason for walking away from the part, but some folks are already thinking this is a good thing since maybe the part should go to a POC that could be just as effective. After all the part of Ariel has already gone to Halle Bailey and it sounds as though Terry Crews is pushing pretty hard to be cast as King Triton. Whoever they pick for Prince Eric needs to be a decent actor at the very least, but whether he’s white or black or some other color it doesn’t matter so long as he’s represented in a way that fans can get behind. The idea that Styles would quit to give someone of color a chance is kind of ridiculous not because of the premise, but because it would seem that he just wasn’t feeling the part, and as Ron Dicker of Huffpost has already written a lot of people jumped the gun when it came to announcing him for the role. He hadn’t said yes or no at that point but people were already trying to jump on the Styles train and usher him into the Disney universe with open arms.

To be quite honest there’s simply too much emphasis being placed on color when it comes to this movie. Halle Bailey has already been decided as Ariel, so let’s see what she can do. Terry Crews wants to be King Triton, let’s see how it works. Harry Styles doesn’t want to be Prince Eric, that’s fine, let’s find someone who wants it and can act the part without any trouble. Don’t worry so much what color he’s going to be, but one thing to make sure is that it is a he and that gender-swapping isn’t the next step that Disney takes in trying to be ‘woke’. That sounded horrible, didn’t it? Well be assured that it has nothing to do with identity politics and everything to do with keeping the story, as it was written, straight as possibly can be, no pun intended. If there’s one thing that’s ruined a great many movies and even franchises it’s the refusal to stick to the source material at the most basic of levels. At this point the old legends of the Little Mermaid, the more tragic and cringe-worthy ones about Ariel turning to seafoam and such, are no longer the source material to stick to. Instead it would be the animated version that needs to be adhered to the closest, meaning that the story kind of needs to follow the logical steps that the animated feature did in order to really appease the fans, y’know, the people that actually pay the money that fuels the efforts that Disney wants to keep putting forth.

So yes, Prince Eric needs to be male, but as to color, who cares? So long as the story is kept intact and the source material is followed it really shouldn’t matter what color or race he is. Some people might disagree but at the same time they might also say that they would rather see Ariel and Triton returned to the same color they were in the animated feature. Personally I’d just like to see a good story, the one that we grew used to as kids and the one that we’d like our kids to come to know. All the rest is just details and it can be worked out without that much difficulty if people are willing to be open-minded. Harry Styles saying no to this part was a good idea for him most likely, as there’s not a lot else that could be said about this that isn’t subjective. But honestly it’s still funny to think of how people on Twitter must have sat there like fish out of water with their mouths flapping open.