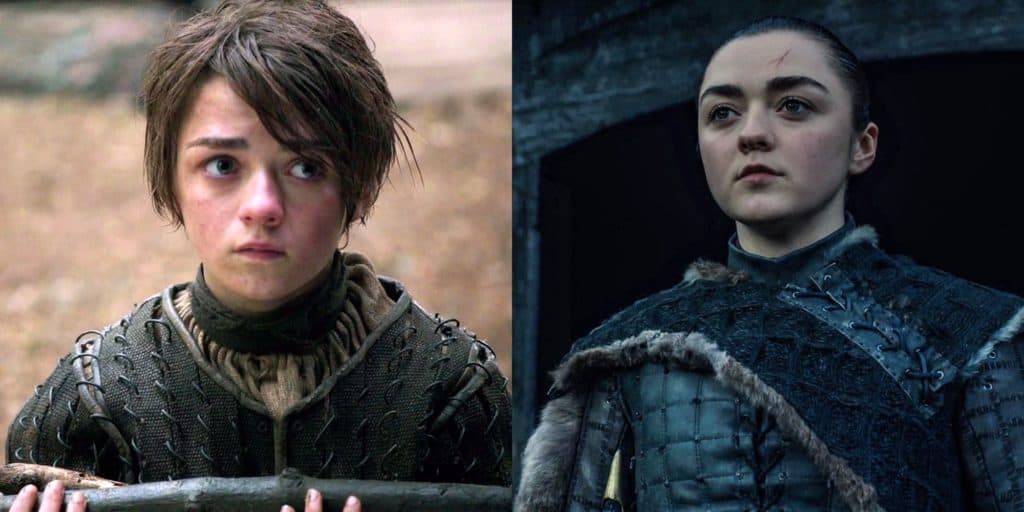 Quite a few people are going to think that there’s another character that should have been picked as the best character on Game of Thrones, but the truth is that while several characters were great in their own right, only a handful of them was great from start to finish. The reason why Arya Stark makes the cut this time is pretty simple, she has one of the best character arcs throughout the entire series, and she eventually became one of the most dangerous characters in the entire show. When the series started out, Arya was a little tomboy that wanted to learn how to be a soldier and had no inclination to be a lady at all. For a girl born to a noble family, this was highly irregular, and one could easily see how it placed Arya at odds with her family and many others within the show. The relationship between her and Sansa was kind of amusing since Sansa was all about learning to be a lady, and often looked upon her younger sister with disdain as well disgust at times. In fact, it wouldn’t be until much later in the series that Sansa would come to value her sister and what she could do.

But one thing Arya was never seen to be was weak-willed. She definitely went through one crisis after another much like the rest of her family and had to toughen up quickly, and her fiery spirit might have dulled a bit now and then, but she was never weak. Where Sansa had to be thrown into the metaphorical fire to be forged anew, Arya tended to walk into the flames to harden and sharpen the edges that made her who she was. Watching Arya grow up during the course of the show was more than a little impressive since it showed that among the Stark children she was undoubtedly the toughest in every way, even when comparing what each one of them went through during the course of the show.

Among the many who didn’t possess one supernatural power, Arya was easily among the deadliest of opponents, especially after her visit to Braavos, where she trained with the Faceless Men long enough to learn the secret of how to become another person using their face, their voice, and their mannerisms. Just imagine an assassin that could in many ways become their victims, and how valuable a skill that might be. If not for her return to Winterfell, it’s very likely that Arya could have easily made her way into King’s Landing to eliminate Cersei, as she’d planned at one point. Of course, it’s no less impressive how she took out the Freys since she took two of Old Walder’s sons first, and then eliminated the old man before killing every Frey that meant anything by poisoning their wine. The Red Wedding, in which her brother Robb and mother Catelyn were both killed, was extremely brutal, but Arya’s method of killing as she took her revenge was justice in a manner that some might call cold-blooded, but many might call entirely justified.

Arya’s character arc throughout the series was great since it spoke of a young woman that had lost pretty much everything, and yet hadn’t been broken by this. Instead, she took all that hurt and pain and put it into a course that brought still more pain and hurt, but with the result that she learned how to channel it into something useful. One thing that was evident was that during the final season her skills were made just a little useless in the war against the White Walkers since the wights couldn’t be intimidated or otherwise affected by the skills she put to use against the living. In this manner, she was only truly effective when it came to finally killing the Night King, which many people feel could have been a better moment. But the fact that she was the one to end one of the biggest threats to Westeros does say a lot for her character. By the final season, Arya had become the cold-blooded killer that a lot of people now remember, but she’d also showed that she was willing to stand beside what was left of her family.

In a sense, Arya was a weapon that sharpened noticeably with each season, becoming a danger to anyone within her reach at one point. She did gain the discipline to go with the skills she’d learned though, which made her even deadlier. Out of all the characters in GoT, Arya was one of the few that wasn’t bowed by the events that came to shape her life. Even Sansa, who went through brutality unlike that of her sister, was nearly broken before she came to bear the responsibility of ruling over their home. But it’s very easy, and accurate, to claim that Arya was always one of the strongest characters in GoT.