Home
Movies
Which Movies Do You Think Deserve A Sequel? 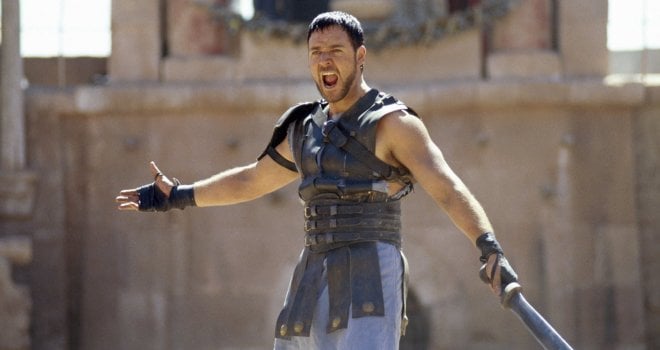 What gets audiences hyped up more? Will they take something original or a continuation of a popular story they’re already familiar with? Not all movies deserve sequels, but some do, and others just unfortunately don’t get them. Why is that the case? Nine times out of ten, it usually comes down to money. If a movie wants to kick off a franchise, it has to be successful financially. If it flops, the chances of it spawning just one sequel is very slim. The truth is that some good movies just don’t attract enough of a crowd to make the money it needs to break even. That being said, I believe we all have at least one movie we like that didn’t get a sequel, but feel that it should. What particular movies are these?

For me, I have quite a few movies in mind that I would like to see get some sequels. You can agree or disagree with me on this, but I can make a case. For starters, I’ll kick this off with a particular third entry that isn’t exactly on everyone’s favorites list. I know, “threequels” usually are very disappointing, but this one really hit most people hard. The one and only Spider-Man 3 from 2007, starring Tobey Maguire and directed by Sam Raimi. Yes, that one. Last I checked, the majority either hated it or just disliked it. I might be in the minority, but I actually don’t hate it. In fact, I really enjoy it to a degree. The action was cool and it did make me laugh. Oh yeah, that emo Peter Parker dancing scene was very, very funny. Yes, I said it, shoot me.

Above everything else, Spider-Man 3 was a massive disappointment, but for those who remember, Spider-Man 4 was going to happen. Spider-Man 3 made enough money (because of the hype) and a fourth entry was in the works. Raimi and Maguire were even set to return, and Raimi even wanted Spider-Man to battle with The Vulture in the form of John Malkovich. Holy Marvel, how does that not sound awesome? It was originally set to be released in the summer of 2011, but it unfortunately never happened. Once again, Sony and Raimi were clashing very heavily over creative differences; Raimi really pushed for it, but he just couldn’t get the script he wanted. The project was scrapped, and as a result, we never saw Tobey’s Spider-Man again.

Raimi’s original idea for Spider-Man 4 sounded awesome, but let me ask you this: Is there really a chance for us to see Tobey again as Spider-Man? I honestly believe there is, and I have a good idea on the manner we can see him. The last we saw him, he was attempting to rekindle his relationship with Mary-Jane. I like the idea of him having a happy ending, but just imagine if he actually didn’t. If you’ve seen Spider-Man: Into the Spider-Verse, the older Peter Parker’s lifestyle reflects that perfectly. He lost Aunt May, was divorced from Mary-Jane, and became a flabby, lethargic shell of his former self. It was a different kind of light to see our great hero in, but it was very interesting to see him displayed that way.

When Raimi pitched his story for Spider-Man 4, he basically wanted to destroy Peter and Mary-Jane’s relationship for good. He cheats on her with The Vulture’s daughter, loses his way (in a good way), and he (once again) loses Mary-Jane. How interesting would it be to see Peter Parker hit rock-bottom and try to get back on his feet? We’ve seen that story told in a more comedic fashion in Into the Spiderverse, but I’d like to see that story told with a more serious tone. Now that Tobey Maguire is much older, he can certainly pull off a more apathetic Peter Parker. Almost every action he took was because of Mary-Jane, so how would he live his life if he lost her?

Now that Sam Raimi is going to introduce the multiverse to the MCU, it’s very possible he can have an older Tobey Spider-Man mentor Tom Holland’s much-younger Spider-Man. If Raimi can give us a live-action Into the Spiderverse movie as a stand-in for Spider-Man 4, then we’ll take it.

I’m not just stopping at Spider-Man 3. I have two particular Ridley Scott movies that I strongly believe need sequels. One is considered to be one of his best movies, while the other is considered to be one of his worst. Want to take a guess, Ridley Scott fans? I’ll start with the latter, because I can make a case. 2010’s Robin Hood with Russell Crowe is that movie and honestly, I think a sequel to it is long overdue. I know, it’s not everyone’s favorite Ridley Scott movie, but I personally think it’s one of his most underrated ones. It’s fun, it has great action, and it told a great origin story to a great folklore character.

The key word that you should take note of is origin. Every other Robin Hood movie that exist tells the story of how he operated as Robin Hood, but that movie told the story of how he became Robin Hood. It was a different approach to the myth and ended on a very big cliffhanger.Now that we’ve seen the origin story of this Robin Hood, why not show him and his Merry Men dethroning King John? Scott and Crowe themselves said that they’ve considered pursuing future sequels and I think they should. Say what you want about Crowe’s accent, but he delivered a disillusioned and more experienced version of Robin Hood. Personally, I would love to see him take on the role again.

What’s the second Ridley Scott film that needs a sequel? The answer is Gladiator. Now there have been reports that Gladiator 2 is coming, but so far, no real details have emerged about the project moving forward. It seems like one of the sequels that has been in development hell since forever and might never happen, but then again, never say never. Based on the reports I’ve read, Gladiator 2 will feature Lucilla’s son Lucius as an adult. It’s a logical move, and an interesting one. Will he become emperor since he was of royal blood? Will he try to honor and continue Maximus’ legacy? These are all options to consider and they can really work to make a worthy follow-up to such a great Ridley Scott film.

What other movies do you think deserve a sequel?