Home
Movies
What’s the Hold Up on The Hellraiser Reboot? 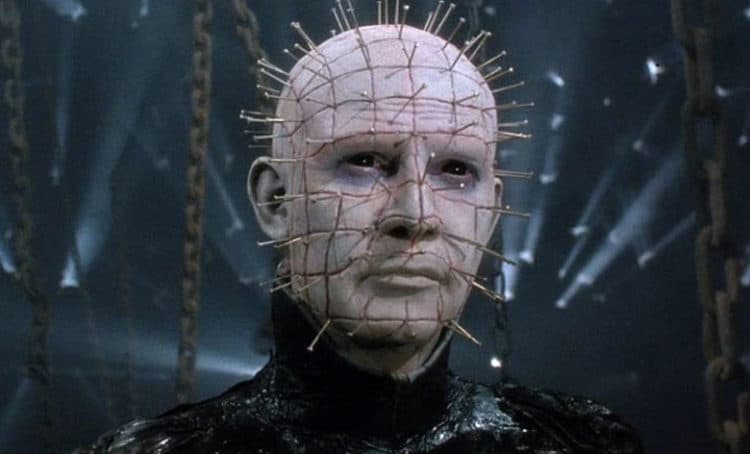 I would really like to agree with Michael Kennedy of Screenrant and state that a Hellraiser reboot is definitely due but it’s too easy to think that this is an idea that needs to be handled with kid gloves if only because this movie was great in the first and second parts, but after that really hit a downward slide that hasn’t ended yet. Pinhead and the Cenobites had a big chance to become among the most feared monsters in horror history, but something really fell off the rails after the second movie and after that nothing came out right again. Of course this isn’t the first horror movie that this has happened to since some of the greats have even had movies that really didn’t do them any justice. A Nightmare on Elm Street, Halloween, Friday the 13th, Child’s Play, and others have all gone out of their way to just shock the audience instead of really entertaining them, basically becoming schlock horror that’s designed to cater to those that happen to like the overabundance of gore and badly-written story lines. The whole idea of being a hellish bunch of creatures that enjoyed pain and inflicting it on others was a great notion for Pinhead and his bunch since thanks to their overall character designs they were made for it and could have been among the creepiest to ever set foot on screen. But somehow they became overplayed and altogether less scary than just darkly amusing.

A reboot of this movie could be something great so long as they go back to the beginning and really amp up the terror and toss out any overly funny bits that might detract from the movie. In other words, the Cenobites have to look like true badasses that a person wouldn’t want to laugh at and be the type of creatures that don’t just run towards the main characters looking to terrify them, but appear to be fully ready to rip them limb from bloody, ragged limb. The effects needs to be on point as well since back in the day Hellraiser’s effects were nothing short of terrifying given what happened and how many times things got downright bloody. That’s actually a big part of the allure however since this is a not a movie that’s meant for the squeamish. It might not have to be a bloodbath but it would be nice if the movie was absolutely terrifying on a cerebral level since Pinhead wasn’t much of a hack and slash kind of guy. He acted more like a mastermind that would use other means of torture to incapacitate his victims. The Cenobites on the other hand could deal out some serious pain, and that part should likely be kept.

The reason for this movie taking so long however is that thanks to creative differences between the writers and Bob Weinstein the compromise that was needed was never found. Plus, Weinstein’s idea to take the movie more mainstream and give it a PG-13 rating in an attempt to appeal to adolescents was just flat out nuts. It makes a person wonder if Weinstein ever watched the original movie, and if he did what in the world made him think that this was a movie for teenagers, apart from being something that their parents might not approve of. Giving Hellraiser a PG-13 rating is kind of like saying that you want to make a G-rated version of Deadpool, it might seem cute and something fun to do just to see if it works, but in the end it’s a little obvious that it won’t. Plus, after seeing the original and realizing what would happen if Clive Barker was put on the project once again it’s fair to say that anything less than a blood-soaked horrorfest isn’t bound to be something that fans are going to get into. The fact that Weinstein is now out of the picture since his company won’t be overseeing this project is a big up for Hellraiser to begin with, and could possibly make all the difference in terms of its success moving forward. Adam Quigley of Slashfilm had more to say on this matter.

It’s kind of funny to think what goes through the mind of some folks when they’re trying to come up with a concept for a movie since it’s different for each person. But taking a horror movie and dulling it down in this manner is possible and it has been done, but with Hellraiser the preferred action is that it gets left alone and is allowed to become the hellish landscape that scared so many people when it first released since it was a demonic and very effects-laden movie that is best left as it is. Obviously the effects have to be better, the dialogue has to improve, and the story needs to go back to the basics. But all in all, it should be interesting to see what happens.