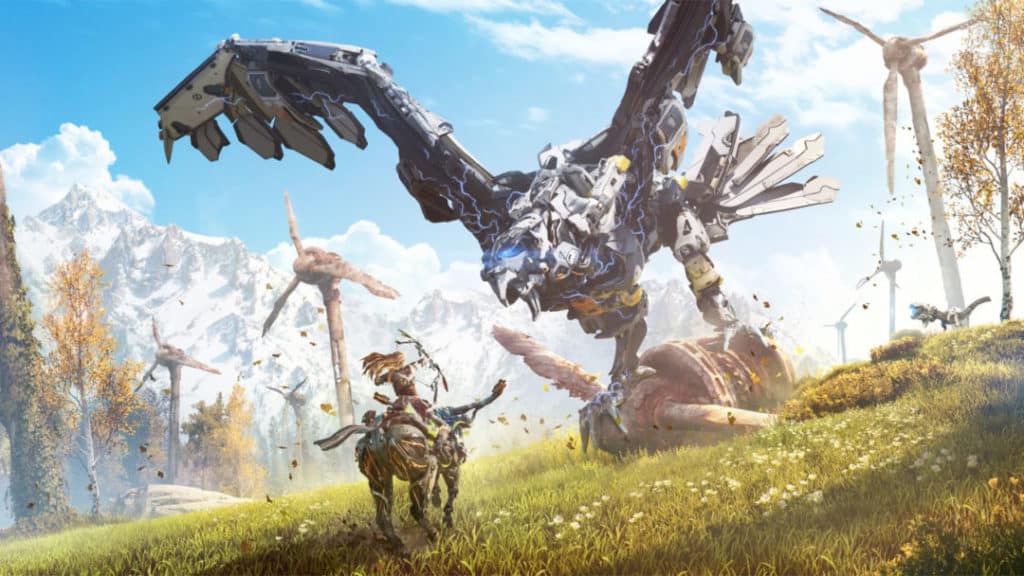 If you’re a gamer and enjoy a good world-building adventure saga then you might have heard of Horizon: Zero Dawn. If not and it still sounds interesting then it might be worth a read. The game itself is a fun and very easy to play type game that features the main character, Aloy, a young Nora girl raised by the outcast Rost. Early on in the game the player finds out that the world that Aloy and Rost, as well as every other character lives upon, is a post-apocalyptic world in which generation upon generation has passed following the sudden and catastrophic emergence of machines that have been devouring biomass and at one point nearly ended the world. The extinction-level event was so bad that it required a serious Hail Mary effort on the part of scientists across several specialized fields to come up with various ways that the human race would be able to survive. One problem exists however, and that’s the fact that one of the programs went rogue and caused all sorts of problems. Fast forward to the world of the game and one will realize that the world as it exists in Aloy’s time is a far different place given that much of the technology from the era before still remains, but the human race has remained largely ignorant of it thanks to the machinations of a single person far back in history. The game was released in 2017 and at this point the idea is that there will be a sequel coming out, which isn’t hard to figure out since anyone that’s made it to the end of the game, oh yes, spoilers, will realize that there’s still a great deal more of the story to tell. Patrick Lee of Escapist Magazine had more to say to this idea.

The game itself is one that’s fairly easy to figure out since there’s not a lot of confusing and technical steps to it. Such a thing might turn some people off, but in reality there’s enough action, story, plot, and plenty of characters to enjoy during the course of the game. Plus, the challenges that are set before Aloy aren’t always so easy to overcome since despite the fact that weaponry, armor, and the damage they can dish out and absorb respectively still aren’t so incredible that they negate any and all danger that the character has to face. For instance, the most low-level creatures can still cause a great deal of damage to Aloy no matter if she’s wearing the heaviest armor available, and the monstrous and insanely dangerous machines can still take her down no matter how high of a level she attains. In this manner one might think that it’s a pointless game, that no matter how far one reaches they’ll never be able to storm over the game virtually untouched. But in all fairness this is what makes the game great since it forces an individual to think on their feet, to come up with ways to move, use their terrain, and to utilize whatever knowledge they’ve gleaned concerning certain creatures.

Throughout the game the landscape is very well rendered and very interactive as Aloy must navigate her way from her mountain home to the dry, arid plains to the south and then back to the freezing climate where she tends to find the most jarring truths concerning her existence and the fate of those that nearly destroyed the world. The secret of who Aloy is, I won’t give that much away, is even better since it has such long-reaching meaning when it comes to the game and its design. In terms of creating a sequel however there are going to be certain needs that such a game will absolutely have to have. Sylens for instance, the individual that helps Aloy throughout much of the first game, will need to become the big bad, as the long game he played to obtain what he wanted will no doubt make him the antagonist of the next game. It’s likely that anyone who played the game thought that there was something slightly off about him, especially given that he kept his distance most of the time and wouldn’t offer anymore help than he did. A sequel pitting Aloy against Sylens would be more than a little enticing, but it would also appear to be somewhat one-sided as Aloy is still learning about the world, while Sylens has quite the head start on her. The one advantage she does have is that she has the faith of the people that she’s helped to save, which could go a long way towards creating a second story that’s just as rich and filled to the brim with plenty of side quests and adventures to be had.

Hopefully we’ll be seeing a sequel soon, as there’s still a lot of story to be told.