Home
Television
Whatever Happened To The Show “To Catch A Predator?” 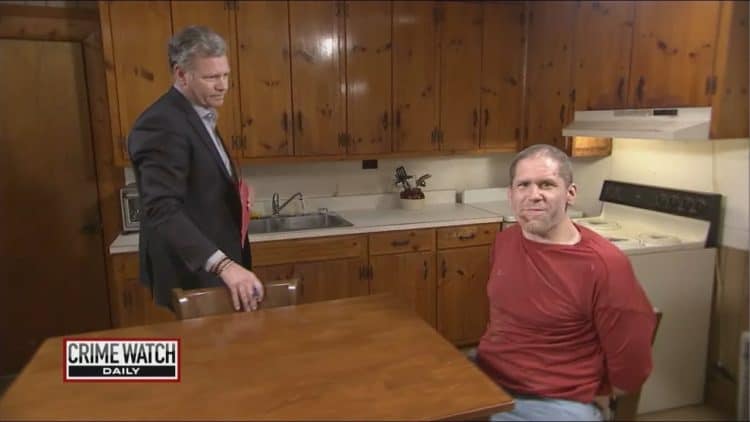 For three years, To Catch A Predator was easily one of the wildest shows on TV. Hosted by Chris Hansen, the series highlighted the dangers of child predators on the internet by setting up elaborate sting operations in which predators believed they were talking to children. These adults would then agree to meet up with the minor where they would be confronted by Hansen and the camera crew. The show helped reveal the dark underbelly of the internet that many people tend to forget about. When the show was canceled in 2007, it came as a shock to many viewers and lots of people wondered why the series ended up being relatively short-lived. Keep reading to find out what happened to To Catch A Predator.

How Did The Show’s Sting Operations Work?

Typically, when people are doing something illegal they like to keep it on the low. As a result, it can be difficult to catch adults who target children on the internet. In order to essentially catch potential predators in the act, the show had adults pose as minors online. When adults would start conversations with the ‘minor’ they would be told the child’s age. Those who continued to communicate with the child were eventually invited for a face-to-face meet-up. It was then, the potential predator would be confronted and in many instances, law enforcement would be involved and charges would be filed. The stings were operated by a group called Perverted Justice. It’s unclear whether or not the organization is still active.

Why Was To Catch A Predator Canceled?

During its time on the air To Catch A Predator was a pretty popular show, and it could’ve easily gone on for several more seasons. However, there were many people who felt that the series crossed legal and moral lines. Some felt that the actions taken on the show could classify as entrapment. While what classifies as entrapment can be a bit of a gray area, some of the situations that occurred on To Catch A Predator were eventually determined to have crossed that line. While there’s a good chance that entrapment claims probably played a role in the show’s cancelation, that wasn’t the final straw. According to an article from Distractify, “The real reason is actually very tragic. In 2008, Assistant District Attorney in Rockwall County, Texas, Louis Conradt, was caught talking to a volunteer who was acting as a 13-year-old boy.

Their conversation escalated, and Conradt exchanged photos with the volunteer, giving officers the incentive needed to invade his home since he didn’t show up to the meeting he had originally planned with the person he believed to be a minor. After breaking into Conradt’s house, the Assistant D.A. immediately knew that the life and career he had constructed for himself was effectively over. When authorities charged into his house with a camera crew, Conradt grabbed a gun and shot himself.” As you can imagine, this incident didn’t reflect too positively on the show. It was also an eye-opener that there could be very real danger associated with trying to catch people in the act of talking to a minor. Although many people hoped the show would eventually be brought back, it appears that ship has sailed. In 2013, NBC ended its more than 20-year relationship with Chris Hansen. In 2015, Hansen announced plans to independently launch a new series called Hansen vs. Predator which would essentially pick up where To Catch A Predator left off.

Chris Hansen has spent a good portion of his career telling stories about people who were on the wrong side of the law. Oddly enough, he eventually found himself on that side as well. Now, before you get any ideas let me just say that Hansen’s legal troubles have nothing to do with any sort of inappropriate contact with minors. In 2019, Hansen was charged with larceny after he was accused of bouncing almost $13,000 in checks that were meant to be paid to vendors for various promotional items. Although the charges were eventually dropped, Hansen’s trouble didn’t stop there. In 2020, he was charged with harassing a civilian. In 2021, he was arrested for failure to appear in court. It’s unclear if this incident was in connection to the issue he had in 2020.

To Catch A Predator’s Legacy Lives On

Even though it’s not been almost 15 years since the show aired its final episode, the series left a lasting impression on most of the people who saw it. In 2021, Discovery + aired a new series called Undercover Underage which has the same premise as To Catch a Predator.