Home
Television
Why Undercover Underage Is A Show Everyone Should Watch 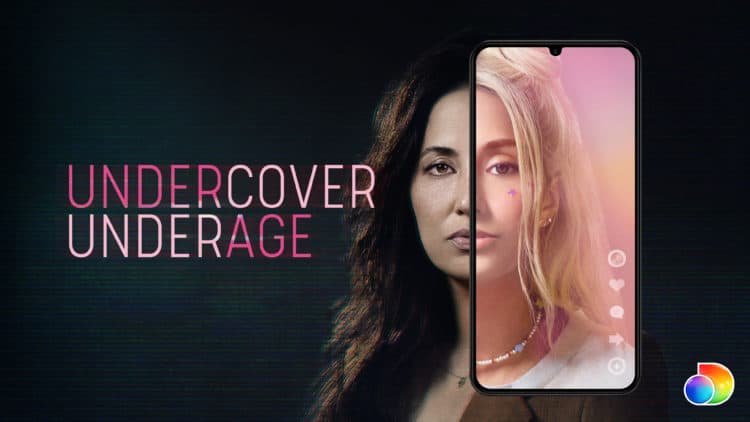 Anyone who grew up during the 90s and 2000s remembers the days of chatrooms and instant messaging. At that time, we were all warned time and time again about the dangers of meeting strangers on the internet. Many of us weren’t even allowed to be online unless we were using the family computer which was usually in a supervised area. Over the years, however, as the internet has become a major part of all of our daily lives, getting online is now easier than ever before. Thanks to smartphones, we all have constant access to the internet, and this has posed an increasing threat for young people who are easy targets for people with bad intentions. While it’s true that there have always been creeps on the internet, today’s youth is now more vulnerable than ever before. With her new Discovery + series, Undercover Underage, Roo Powell hopes to help keep children. In the series, Roo and her team work to expose adults who contact children on the internet with the hopes of sexually abusing and/or exploiting them. Roo, who is 38 years old, poses as a 15-year-old girl and piques the interest of several adults. Roo then engages in conversations to build evidence to hand over to law enforcement. Thanks to her work, countless adults contacting minors (ACMs) have been caught, and hopefully many more will follow. Let’s talk about why Undercover Underage should be on everybody’s watchlist.

Who Is Roo Powell?

Before we can talk about the show, we need to give some background on Roo Powell. The 38-year-old mother of three is the founder of a nonprofit organization called Safe From Online Sex Abuse (SOSA). As its website states, “SOSA advocates for better and broader internet safety aimed at appropriate risk reduction, urging states to adopt grooming statutes, and raising the age of consent to 18 nationwide. We hope to garner financial support and resources for historically underfunded Internet Crimes Against Children (ICAC) task forces throughout the United States”. SOSA also partners with schools and other institutions to educate children on the realities of online sexual abuse. With the help of her hair and makeup team, Roo is transformed into a 15-year-old decoy. In order to convince ACMs that she is really a teenager, she has to deal with uncomfortable phone and video calls to gain their trust. She is often bombarded with nude photos and other inappropriate content. Although the job can be mentally taxing, Roo is committed to creating a safe environment for children and teens. Although her work with SOSA is what she is currently best known for, that isn’t the only thing she’s done over the years. Before Roo started her journey to expose online predators, she was a successful author whose work appeared in several popular publications including Huffington Post and The Wall Street Journal.

Why Undercover Underage Is An Important Show

In some ways, Undercover Underage is very similar to To Catch A Predator which aired from 2004 to 2007. In most ways, though, Undercover Underage is far superior. The series is more focused on education than entertainment, and Roo and her team do a great job explaining all of the steps in their process. Whether you’re a parent of a teenager or a teenager yourself, there is something you can learn from watching Undercover Underage. Even people who don’t fit into either of those categories can probably use the information shared on the show. Although most teens like to think they are tech-savvy and too smart to get into any sketchy situations, the truth is that predators tend to have a good idea of how to manipulate their targets. On top of that, teens often lack the ability to understand the long-term consequences of their actions. Needless to say, children and teens can easily find themselves in dangerous situations without even realizing what’s going on. Roo is also sure to reiterate that being harassed or assaulted by a predator is never the victim’s fault.

Will There Be A Second Season Of Undercover Underage?

The first season of Undercover Underage consists of six episodes, all of which have already been released on Discovery +. Although the show hasn’t gotten a lot of mainstream attention just yet, its viewership seems to be growing. Many people who have already seen the show are already hoping for another season. At the moment, the show has not been renewed. In a Q&A on her Instagram account, Roo shared that she hasn’t yet heard anything regarding a second season, but she will keep everyone posted.