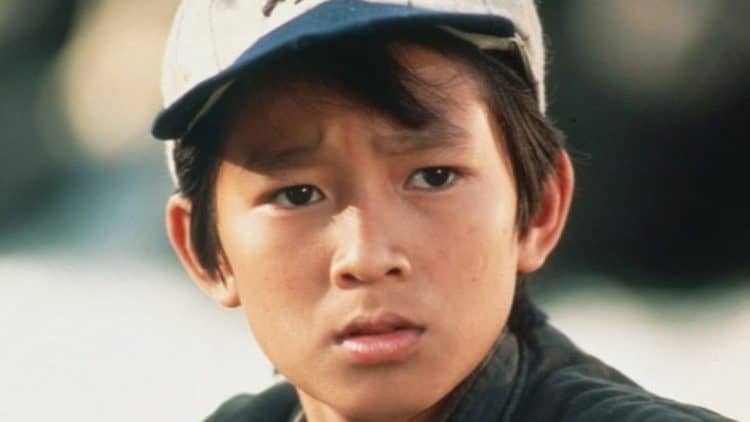 There are two big names that come to mind when looking up Jonathan Ke Quan, and most people that grew up in the 80s will know them without much prompting since he starred in two of the absolute best movies that came out during the 80s. His acting career has been something that a lot of people know next to nothing about since these two roles have been his dominant trademark in show business, but Quan has been around and been keeping busy for a lot longer than people might think. In fact, he was featured in Finding Ohana, which just came out recently, and he’s been keeping his retirement more or less unofficial for a long time now, coming back when he feels the need and taking part in fight choreography over the years. It’s uncertain whether we’ll ever see another Goonies movie or if he might want to sign up for the next Indiana Jones movie, but the fact is that Quan is still someone that people will recognize when he’s pointed out since there are still traces of Data and Short Round that can be seen there, despite the fact that he’s getting older just like the rest of us.

The character of Short Round was actually his big break into the movies apparently and he did a great job with it since as anyone can remember, who watched the movie that is, Short Round was a fun character since he was one of the most unexpected characters to be working with Indiana Jones and one of those that, like everyone else apart from Marion, never came back into the movies. But for The Temple of Doom, he was a lot of fun since he added a little bit to the movie that might have been lacking. A few of his one-liners were a bit ‘meh’ here and there, but overall Quan was one of the more interesting characters in the movie even if the more logical-minded viewers might wonder why Dr. Jones bothered taking a kid with him when it was going to be anything but safe. The answer might be due to the fact that Shorty was pretty useful and despite being a kid he could help out when he was needed. But it does feel kind of awkward to think that a kid would be along for an adventure like this. Putting that aside though he did come through at one point when Indy was being tortured with a voodoo doll while trying to fight off the enormous guard that was in charge of the captive kids in the Thugee mines. Kate Capshaw’s character certainly didn’t do much except complain and provide the sex appeal for the movie, since she played a damsel in distress with a seriously snarky attitude, but even that was kind of fun in spots.

His next big and memorable role came as Data in the movie Goonies and this is where a lot of people remember him from since Goonies is one of the absolute best movies that’s been remembered from the 80s, since pretty much everyone that was in it is remembered in some way and can be traced back to this movie, so long as they were a big deal to begin with at least. But Data was a great addition to the group since he was the kid that wanted to be like James Bond and had a knack for creating new and exciting devices, but he had a real issue with getting them to work sometimes. It’s true that the movie did stretch the boundaries of belief when it came to certain things, such as Data’s contraptions since he did manage to save himself from falling on a group of spikes by using a pair of fake teeth attached to a long spring. That’s something that might happen in a cartoon but was still great for a kid’s movie, as was the boxing glove hidden in his coat that came out and socked Jake Fratelli at just the right moment. Plus, slick shoes was a great addition, since the liberal application of oil to the log that crossed the underground stream, or river, depending on what one wants to call it, gave the Fratelli’s a bit of trouble as well. The only real thought to get hung up on is just how all of Data’s devices would work so easily with the push of a button since that coat and his clothes would have to be wired up in a way that would facilitate the use of every device in a manner that might make it difficult to walk, let alone run.

But apart from all that, Quan has been keeping himself busy over the years and has continued to be a part of the movie scene, but often from behind the camera just as much as in front.