Home
Television
What If
What We’re Expecting from Season 2 of What If…? 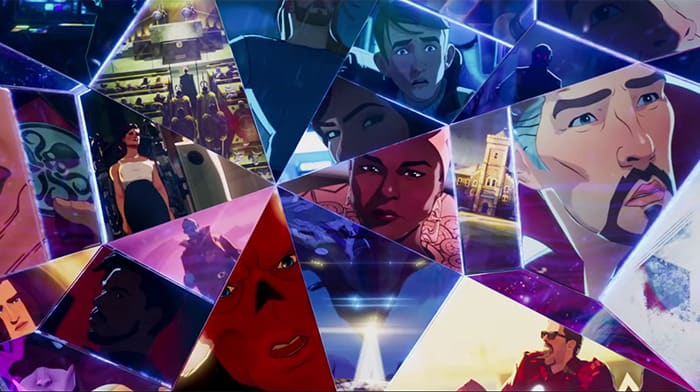 Since things have advanced to the point that we’ve seen what happened to either interrupt or enact Endgame in a much different and definitely more final fashion, What If? season 2 is going to be pushing into the current phase and, depending on whether the movies outpace the animated show or not, it sounds as though we’ll see plenty of development in the What If? series that will be on the big screen at one point or another. What it doesn’t sound like is that we’ll be seeing anything that hasn’t been featured already, which does make sense considering how many MCU fans haven’t really been big comic book fans before the MCU was created. There’s nothing exclusionary about really since Marvel predates the MCU by so many years and, by extension, any episodes that included material that had not been introduced into the MCU yet would only be fully recognized by those that have been reading the comics for so long. Seriously, if anything about the X-Men came crashing into the What If? series right now, a lot of people would be insanely confused, unless they’d read the comics.

But the buildup to the finale for season 1 definitely something that already has people wondering what this could mean for the multiverse since Ultron managed to run rampant after gaining the Infinity Stones and proceeded to destroy one world after another, making him infinitely worse than Thanos could ever be. Season 2 isn’t going to be entirely dependent on how this first season turns out apart from the number of viewers that want to see things proceed, since the multiverse has already been shown to be a place without any apparent end given that worlds are created from the choices and happenings that occur when a story reaches a pivotal point and branches off into another possibility. When thinking about things that way, it’s very easy to imagine that there’s no end to how many different stories could be told and thus no way for someone even as powerful as Ultron to eradicate every bit of life in every reality.

The plan to incorporate Phase 4 before it’s even fully realized sounds like an odd idea to push, but when thinking of how many MCU projects are coming along and could possibly arrive before the second season of What If? is ready to release makes it easier to imagine that while the show will be developed while Phase 4 material is still being released, it won’t be doled out to the public until it’s the right time, meaning that we likely won’t see this second season until late into 2022. Any worry that this show could overreach is definitely being addressed since a lot of Disney+ shows have been released at roughly the same time of year when they reach more than one season, and it’s easy to think that along with several others that the Mouse House has offered up, What If? will also be released around the same time in 2022. With the content that’s already appeared though it’s going to be interesting to see what will happen, especially since Black Widow predates Endgame. Just think of what might happen if Black Widow is thrown into the mix, and also think about what might happen if she’s not since people might flip out if her movie is excluded somehow.

But with what’s been presented in Phase 4 so far one has to wonder how Shang-Chi’s story will play out and how it might affect the MCU from a much larger standpoint. Then there’s Loki’s solo story, and many other tales that are still to come that will no doubt be included. In short, people won’t know much of what to expect in the next season of What If? until they finally get to see more movies and shows that will help to paint the bigger picture that is Phase 4. It does feel as though WandaVision might be a great component to use for this phase since there could easily be events that might rock the world if left unchecked. But it could be that since Wanda is going to be a part of the next Doctor Strange movie that WandaVision might not be the biggest priority. But there’s also Spider-Man: No Way Home that will be dealing with the multiverse as well, so there are plenty of stories to anticipate as of now, and a lot of different possibilities that could unravel once things really get going.

Season 2 of What If? is bound to be another fun and entertaining batch of tales that could have happened had one thing been altered in any movie, but I’m still holding out with the idea that Black Widow’s story could upset a lot more than some are thinking. However it happens, season 2 is bound to be a lot of fun to watch, just as season 1 has been.