Home
Television
What We Learned from the Ballers Season 5 Trailer 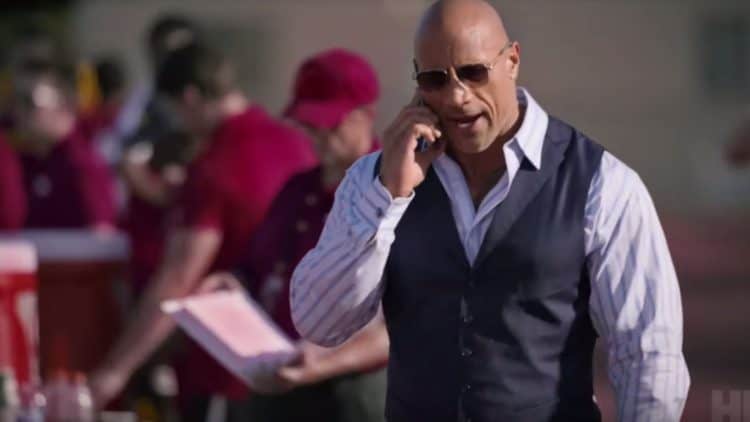 It’s hard to believe that it’s already been 5 years since Ballers first appeared on the HBO lineup. Many of us were skeptical at first. Could Dwayne Johnson really carry his own primetime show? The answer was and continues to be a resounding yes, as HBO just recently revealed the trailer for season 5 of the show. We all wonder when does The Rock ever have time to film given all his successful projects in the last many years, but then we remember that he’s The Rock after all; there are probably not many things that he can’t do. The full-length trailer for the upcoming Ballers gave us a lot of little hints here and there and a lot of glimpses into what may be coming for the future–both on the show and off the show. Let’s take a closer look at what we learned from the season 5 trailer of Ballers.

Could this be the final season for the show? It’s rare for an HBO show to last several years, and for Ballers to have even made it this far is certainly an achievement. Like we said earlier, many dismissed this show to be a one and done deal. According to this article from The Daily News, the key ingredient is Dwayne Johnson himself. The show prospered over the years because of his magic–the same that’s undeniable in all his movies. There’s a part in the trailer that claims, “It’s not where you start; it’s where you finish.” We can assume that finishes off to say that it’s where you finish that matters. That might be a sign that HBO is ready to finish the series.

Here’s another reason why we believe that HBO might be ready to pull the plug on this one. The beginning of the trailer shows Johnson’s character Spencer Strasmore sitting in front of cameras in a dark room and talking about the future. The future of Spencer and Co. might be happening this season, and it might be leading to the end. We see glimpses of this future in various spots in the trailer. Fans of the show very much know how it all started for Spencer in season 1–with a lot of struggle and defeat. Spencer and his company have come a long way since, and it’s a little scary to see that it might all come crashing down. We’re hoping for the best, of course, given that everyone’s worked hard to get to where they are.

Here’s a hint why we think their empire might come crashing down. We see Omar Miller’s character Charles Greane as working for Spencer, but it seems he’s got an agenda this season. Spencer has worked with him from the beginning of the show, and the character has had a lot of development over the last couple of years. We saw Greane in a couple of spots in the trailer. But the first interesting tidbit we saw was of Greane taking something that he probably wasn’t supposed to take. It was a hard drive that might contain a lot of valuable information for the company.

We didn’t quite pick up on it the first time we watched the trailer. But after reading this article, we realized that we might know who’s leaving the show for good. Omar Miller’s character Greane was shown in another clip, where he was clutching his chest almost in pain. He’s got health issues, so it’s likely that he might get sick this season and maybe even die. Fat Reggie actor London Brown claims that someone is definitely dying on the show this season. Everyone is tight-lipped about who that might be, but we feel like we’ve got a good guess.

Another thing we noticed in the trailer is the amount of new characters. Don’t panic just yet. As much as we love Russell Brand, he was left in the dust last season. As a matter of fact, it seems Brand is there only to fulfill a guest role. It seems that season 5 is going to be packed with cameos from actors, musicians, and other athletes as well. Migos is supposed to stay as well as Odell Beckham Jr. The cameos will all play significant roles on the show.

We left season 4 with Spencer fighting against another entity yet again. That time around, it was the NCAA and he was fighting to reinstate Quincy (played by Eli Goree). Everything turned out okay, and it was all because of an interview that Spencer set up–which also ties in with season 5’s latest trailer. It seems that the new season is going to pick up right where the last season ended. It’ll show a good continuity for the show at the end of the day. We should also point out that the show has gotten shorter over the years, and this season only has 8 episodes scheduled to air at the point.

Ballers started off big into the world of pro-football, but it’s now expanded to other sports and ventures. We’ve seen skateboarders on the show and other extreme sports types because of Spencer’s company. We saw the NCAA last season, and it was crucial to Spencer’s future and his company’s future. It seems that we’ll be seeing more of collegiate football in this coming season. It might be the story arc that needs resolution soon. It’s a big deal, however, because Spencer is trying to get this impossible thing of getting college kids paid off the ground. We also heard Spencer say on the phone, “You know when football calls, I gotta answer.” That could easily be the theme for the entire season, and it would be just great.